Celtic Quick News on News Now
You are at:Home»Latest News»CELTIC GET GREEN LIGHT TO RESTART
By CQN Magazine on 4th June 2020 Latest News

CELTIC and the rest of the Premiership clubs will return to training a week today.

The SFA have given the green light to the process of preparing the players for the new season’s lick-off which is due for Saturday, August 1.

The SFA board held a virtual conference to agree the next steps in the framework for the return of top-flight football to the Minister for Public Health, Sport and Wellbeing and the National Clinical Director of Scotland.

SFA chief executive Ian Maxwell, speaking in a report on Sky Sports News, said: “Firstly, I would stress that the conditional lifting of suspension for Scottish Premiership clubs is predicated on observing the measures outlined by Scottish Government in their route map out of lockdown.

“I would like to thank the Joint Response Group sub groups for their work in helping to produce the robust Return to Training protocol which has given the government the necessary comfort to provisionally plan for an August 1 restart for the Premiership.” 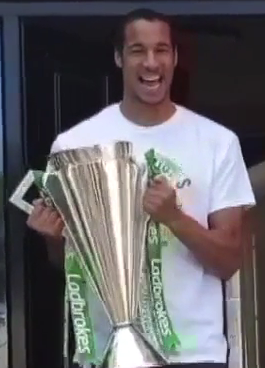 Initially, games will take place behind closed doors until medical experts recommend it is safe for the easing of measures concerning mass gatherings.

Talks will continue regarding how lower league football will resume.

Maxwell added: “I am also aware that other parts of the game will seek further clarity on when they may be able to resume. The testing criteria required at this stage is prohibitive, but, as the governing body for football, we are determined to restore the national game at all levels as soon as it is safe and practical to do so.”

The Hoops, of course, go into the new campaign bidding for their historic TENTH successive title.

There is also hope the Scottish Cup will restart before the turn of the year. Celtic were due to play Aberdeen in the semi-final of the tournament on Easter Sunday before the game went into lockdown in mid-March.

Edinburgh pair Hibs and Hearts, who have been relagated to the Championship, were scheduled to meet in the other last-four encounter.

The hopes of Neil Lennon’s men to complete a phenomenal quadruple treble are only two games away once the national competition resumes.