Celtic Quick News on News Now
You are at:Home»Match Report»CELTIC SHOW THEIR CLASS IN PARADISE PARTY
By CQN Magazine on 21st May 2017 Match Report

BRENDAN RODGERS’ phenomenal Celtic side like to do things in style.

And they did it again at an emotional 60,000-capacity Parkhead this afternoon.

They were one game away from an astounding and unbeaten Premiership season when they took on Hearts.

Would there be a last-game blip? No chance!

The champions lifted their sixth successive crown by an utterly astounding 30 points from nearest challengers Aberdeen. That’s another remarkable record.

Celtic Park was rocking long before kick-off with special tributes made to another Celtic side that so richly deserves its place in the Hoops Hall of Fame – the all-conquering Jock Stein team that won everything – including, of course, the European Cup – 50 years ago.

It took the title holders until the 50th minute to get the opening goal against stubborn opponents.

But it was well worth the wait and, fittingly, it was set up by Paddy Roberts, who had a sensational afternoon.

Tom Rogic, who had come on for Cristian Gamboa at the interval, set the mesmerising touchline operator away on the right with a fine pass.

Roberts’ cross was absolute perfection as it picked out Leigh Griffiths and he thumped an unsaveable six-yard header into the net. 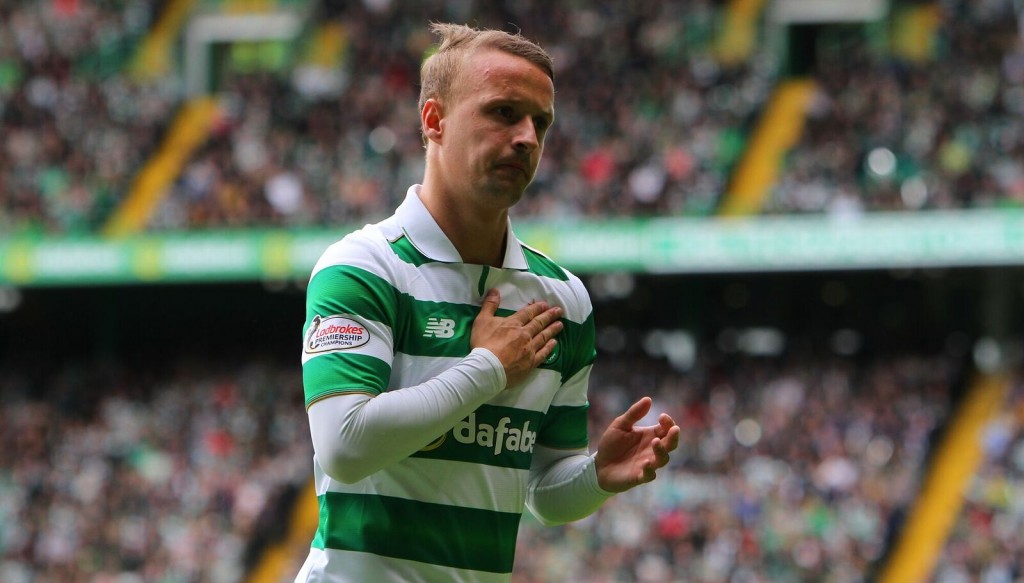 And the result was made certain in the 75th minute when Griffiths took a long ball on his chest and simply raced away from the defence.

His low ball was intended for Scotty Sinclair, but it took a deflection and fell to Stuart Armstrong who lashed a pulverising shot into the roof of the net.

The anticipated first-half goal procession failed to materialise with the Edinburgh side showing they were clearly not at the party to make up the numbers.

Most of the Hoops’ efforts in the opening period were from outside the box although Hearts survived a Dedryck Boyata six-yard attempt in the 33rd minute.

Griffiths left-wing corner-kick just missed the head pf Jozo Simunovic before falling at the feet of the Belgian international.

He stabbed it forward and keeper Viktor Noring displayed remarkable reflexes to block the effort before the ball was booted to safety.

The Swede also did well a couple of minutes later to touch away a near-post right-wing cross from Roberts after yet another mazy run from the little Englishman. 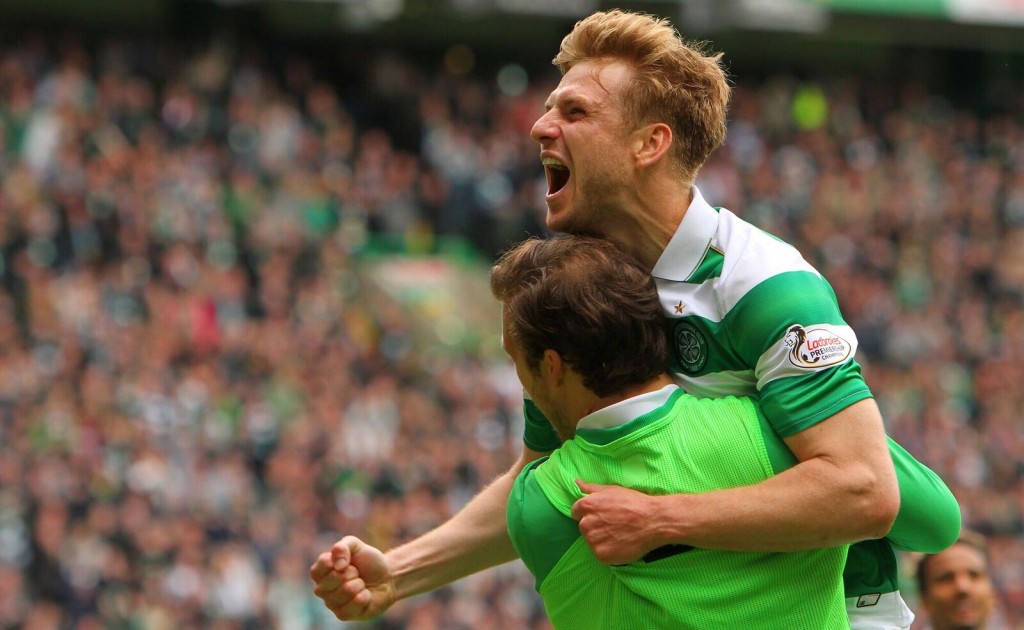 Griffiths gave Noring a scare in the 15th minute with a swerving free-kick, but the ball just nipped wide of the post with the shotstopper struggling.

Kieran Tierney fired in a vicious 25-yarder as he came up to support the attack, but his effort flew just over the bar.

Stuart Armstrong had identical fortune with another long-range attempt while the keeper got down to his left to grasp a Callum McGregor drive.

Celtic were in control, but the Tynecastle outfit were working hard at denying them space in and around the box.

That changed when Roberts sliced them open to set up Griffiths shortly after the turnaround.

It’s been party time for most of the season since Brendan Rodgers replaced Ronny Deila exactly a year and a day ago.

Now there is one last game to go to complete only the fourth treble in the club’s history.

Aberdeen will provide the opposition in the Scottish Cup Final on Saturday.

It will be Celtic’s 47th outing and so far no Scottish team has managed to get one over the worthy champions.

Domestic bliss? It will be when Celtic win the Scottish Cup at Hampden.