Celtic Quick News on News Now
You are at:Home»Football Matters»CELTIC’S £40MILLION PLAYER PROFIT
By CQN Magazine on 2nd September 2015 Football Matters
CELTIC have raked in a remarkable £49.3million in just over three years after selling seven stars to English clubs, making almost £40million in profit from these deals.
VIRGIL VAN DIJK became the latest Hoops star to take the start trek across the border after the club accepted Southampton’s bid of £13million for the classy centre-half.
He followed Welsh international right-back ADAM MATTHEWS who was sold to Sunderland during the summer for £2million.
For the initial outlay of £10million, the SPFL champions can show a remarkable profit of £39.2million on the seven players.
Here is the mind-boggling money-spinning list: 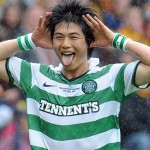 KI SUNG-YUENG
The smooth South Korean midfielder arrived in a £2.1million deal from FC Seoul in 2009 and was sold to Swansea for £6million in the summer of 2012. Won all the domestic honours while with the Hoops and picked up a surprise Football League Cup medal with the Welsh outfit in season 2012/13. Has performed well in England at both Swansea and Sunderland where he had a successful loan period after falling out with the former Swansea manager. CELTIC PROFIT £4million.
VICTOR WANYAMA 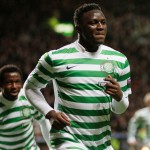 The powerful Kenyan was another massive favourite with the fans after arriving for a bargain £900,000 from Belgian side Beerschot in 2008. Celtic couldn’t resist when Southampton slapped in a bid of £12million two years ago. Having established himself at Southampton, Wanyama was set to go to Tottenham in the transfer window and went so far as to request a transfer but Southampton weren’t interest in the £20m plus a player on loan deal from White Hart Lane. The player is likely to get the move sooner rather than later and the sell-on clause inserted by Celtic should be worth up to £3million. CELTIC PROFIT £11million. 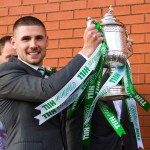 GARY HOOPER
Scored 82 goals in 138 games after arriving from Scunthorpe for £2.4million in 2010. The Englishman made it clear he wanted to return home in order to enhance his chances of playing for England. Hooper got his wish when Norwich City paid £5.5million for his services in the summer of 2013. However he has not had a successful time at Norwich, with injury, loss of form and relegation all factors that have left him out of the starting eleven and just about surplus to requirements. Hooper has told friends that he regretted leaving Celtic but is unlikely to return, despite the press speculation in during each transfer window. He’s on a huge wage at Norwich, which is nice for him!
CELTIC PROFIT £3million. 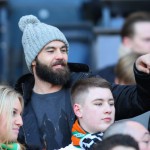 JOE LEDLEY
The Welsh international midfielder arrived on a Bosman from Cardiff City in 2010. Celtic cashed in before he came to the end of his contract and sold him to Crystal Palace for £800,000 during the January 2014 transfer window. Ledley was open to signing a new contract to stay at Celtic but with Stefan Johansen arriving at the club, Celtic decided to accept the Palace offer. Lesley became a mainstay in the Palace side that in his first season beat the drop and has improved ever since. However Ledley has lost his place through injury and was rumored at the weekend to be surplus to requirements. He’s pictured here at Hampden watching Celtic bet the Newco in February.CELTIC PROFIT £800k. 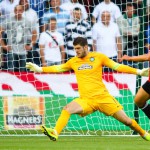 FRASER FORSTER
The 6ft 7in goalkeeper – known as ‘The Wall’ to the Barcelona players and support after his displays against them – cost £2million from Newcastle in 2012 after an original two-year loan spell. Earned two England caps while at Parkhead to boost his transfer value. Southampton splashed £10million on the shotstopper last summer and  Celtic replaced him with the equally impressive but injury prone Craig Gordon who was available for free. Ironically Gordon stayed fit for the season whereas Forster suffered a serious knee injury. Forster continued his superb form at Southampton and should be challenging for the England squad when he is fully recovered. CELTIC PROFIT £8million.
ADAM MATTHEWS 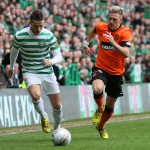 The attack-minded full-back agreed a pre-contract offer in February 2011 and arrived from Cardiff City for free in the summer. With the arrival of Saidy Janko from Manchester United, Ronny Deila had a surplus of right-sided defenders with Mikael Lustig also competing for the right back slot. Dick Advocaat’s £2million bid was too good to knock back for a player who wanted to try something different and thought that a move to Sunderland would enhance his international prospects. The truth is that injuries, both at Celtic and now Sunderland, have been the main reason why the player hasn’t developed as many thought he would. CELTIC PROFIT £2million. 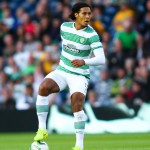 VIRGIL VAN DIJK
The worst-kept secret in football was finally revealed with the cultured Dutch defender, a £2.6million signing from Groningen just over two years ago, joining up with former team-mates Fraser Forster and Victor Wanyama at Southampton, whose St Mary’s Stadium has a capacity of 32,505 – just more than half that of Celtic Park. Saints boss Ronald Koeman had his fellow-countryman in his sights since taking over the club in the summer of 2014. Celtic received £13million for Van Dijk and have another sell on clause which should net the club a further windfall in a few years. Van Dijk, like Wanyama and Forster is set to be a real star at Southampton. CELTIC PROFIT £10.4million.
TOTAL PROFIT – £39.2million*
*There will be other factors like sell on clauses that may have been inserted by other clubs when Celtic purchased these players initially so this sum is likely to be slightly lower.
—————————————————————
*We have a limited number of SIGNED copies of Caesar & The Assassin remaining and these are available at a discounted price. You can order direct from CQN by clicking HERE or by clicking on the photograph below…