ANGE POSTECOGLOU will have a new captain to lead out Celtic in Seville this evening.

For the first time this season, marathon man Callum McGregor will be on the sidelines after sustaining an injury in the 3-0 win over Ross County at the weekend where he was substituted by Ismaila Soro in the 68th minute.

The Scotland international midfielder handed the captain’s armband to Tom Rogic who, in turn, passed it on to former England international No.1 Joe Hart when Postecoglou replaced the Aussie playmaker with James McCarthy 12 minutes from the end. 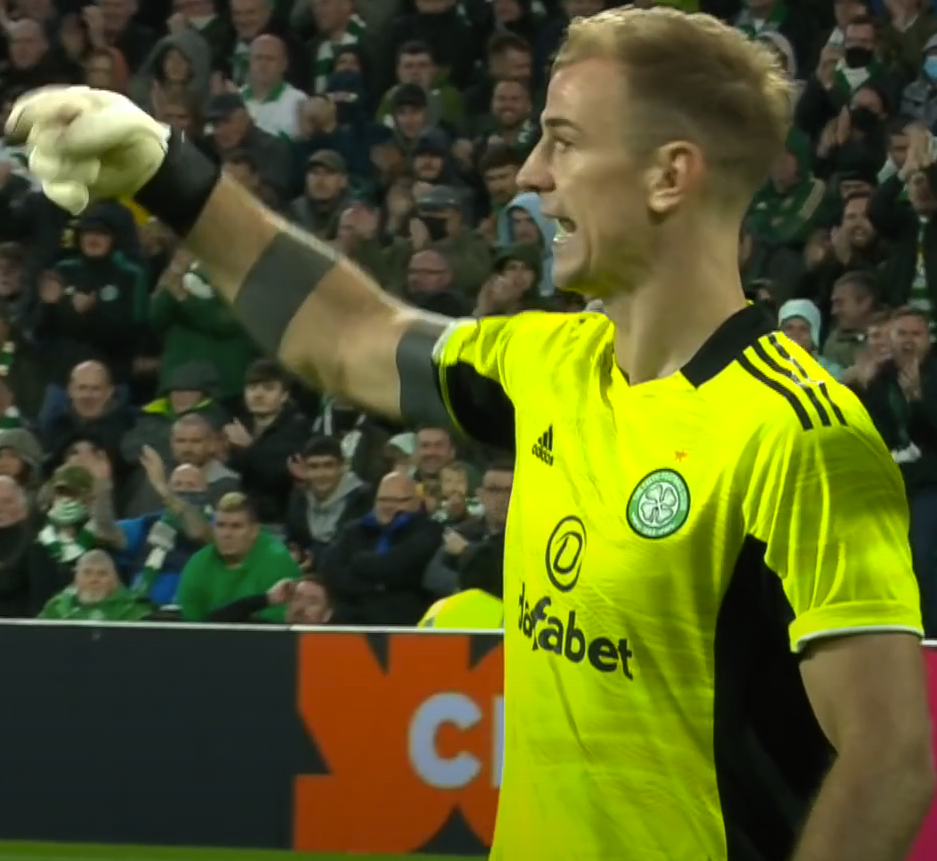 KEEPER AND CAPTAIN? Joe Hart could lead out Celtic in Seville.

Now there is the guessing game of who will be the onfield leader in the Europa League Group G encounter in Spain.

The Hoops boss isn’t even hinting at his team selection for the crucial confrontation with James Forrest and Greg Taylor also injured while Liel Abada will sit it out because of his religious beliefs on Yom Kippur.

Experienced Nir Bitton is also out while the manager will not take a risk on deadline-day signing Giorgos Giakoumakis with the Greek striker not considered up to match fitness, according to a report in the Daily Record.

Anthony Ralston, though, is back in contention after missing his first game of the campaign against the Dingwall side at the weekend when Croatian international Josip Juranovic deputised.