CELTIC face an Aberdeen team at Pittodrie this afternoon that is determined to play its part in derailing the Hoops juggernaut in the historic bid for ten successive titles.

It is poised for another no-holds-barred confrontation between Neil Lennon’s side and Derek McInnes’ men who warmed up for today’s High Noon encounter with a 4-2 win over Hamilton Accies on Monday.

The Glasgow giants go into the game on the back of two consecutive losses – a 2-0 Premiership defeat against Steven Gerrard’s Ibrox outfit and a 3-1  Europa League Group H test against Serie A setback against AC Milan on Thursday. Worryingly, both matches were played in the east end of Glasgow.

Lennon’s men are four points adrift of the Govan side with a game in hand and today’s challenge in the north east has become a must-win contest.

However, the Hoops have happy memories of league crunch meetings with the Dons in the recent past and one such memorable collision arrived when the club won their fifth championship in a row during the current excellent sequence.

Author Alex Gordon looks back at a crowning moment in his latest Celtic book, ‘Fifty Flags Plus One,’ in another EXCLUSIVE for CQN.

Alex takes up the story with an edited extract from the tribute book:

The club’s forty-seventh championship – and the fifth in succession – was duly delivered on May 8 2016 with a 3-2 victory over Aberdeen at Parkhead.

Somehow the performance summed up fairly neatly Ronny Deila’s two seasons in charge. There was style and substance for almost an hour with Celtic coasting three goals ahead, but then the players, with little guidance from the admiral of the fleet, somehow navigated themselves into choppy waters and just managed to dock before being holed below the waterline.

A victory that should have been secured by a far greater margin had become needlessly complicated. Bobby Madden’s full-time whistle had been more than welcomed by the 47,877 crowd.

Patrick Roberts netted twice in the first twenty-one minutes on a day of celebration to ease the evident pressure. Mikael Lustig added a third four minutes after the turnaround and the Celtic Park choristers were in full voice. 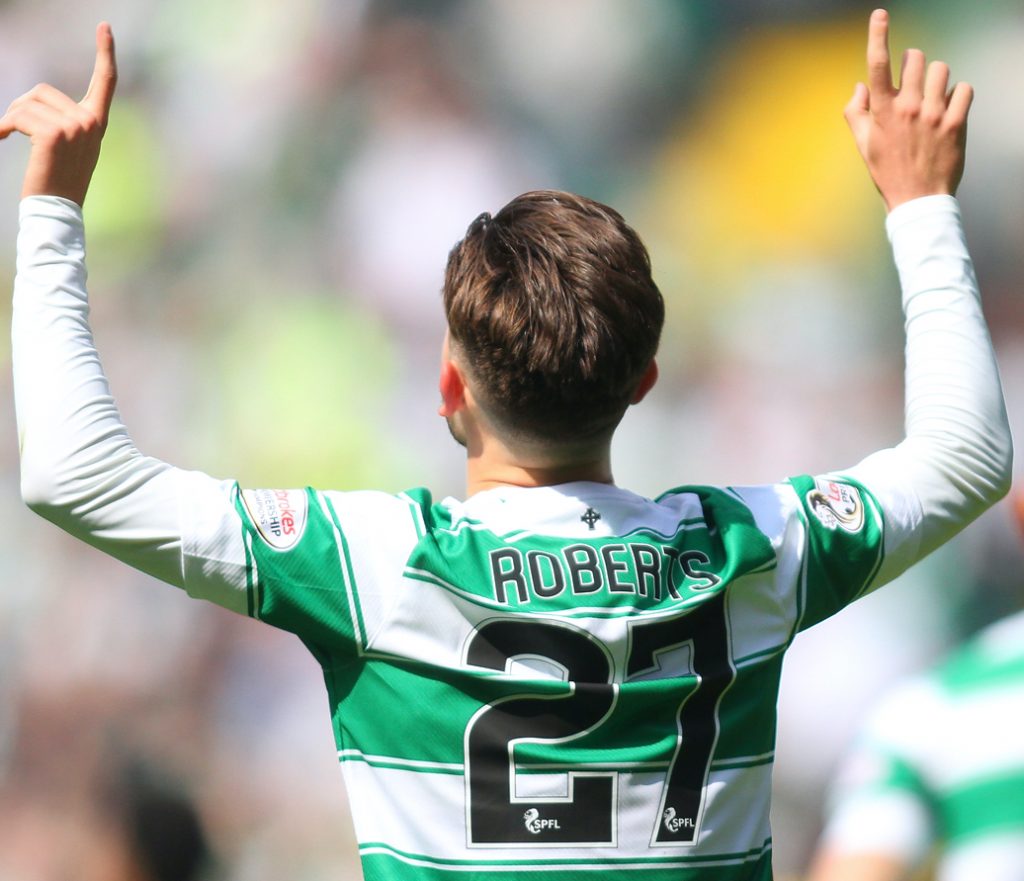 Without warning, the team lost its bearings and the visitors found themselves with the opportunity to take the game to the champions. Celtic were not helped by the introduction of the erratic Efe Ambrose for the injured Charlie Mulgrew and uncertainty quickly spread across the back four.

Niall McGinn pulled one back in the fifty-eighth minute and the home side’s advantage was cut to one when Andy Considine netted six minutes later. There were a few frantic scrambles in front of Craig Gordon before the conclusion and the celebrations.

Ronny Deila went through his party piece with three quick thrusts of his left fist accompanied with the yell of “Yes!”. Minutes after the final whistle, he said: “We have shown we are the best team in Scotland. It’s a very, very good achievement. We have lost important games, that makes the season a little more grey than white, but in the league we have been very, very consistent and we have not lost since we played up at Aberdeen in February.”