FILIP BENKOVIC has admitted he will remain positive despite the setback of Celtic dropping two Premiership points to a late goal from Motherwell in the 1-1 stalemate at Fir Park last night.

The champions were already leading through Ryan Christie’s excellent effort in the 13th minute when the Croatian Under-21 international defender had what looked a good goal chalked off by referee Kevin Clancy.

It was a bewildering decision that mystified Brendan Rodgers, as CQN reported last night.

It didn’t get any better for the Irishman’s side when Leigh Griffith’s precision was lacking from the penalty spot and Well keeper Mark Gillespie was able to beat his effort to safety.

Two minutes from the end, the match official could have halted play for a barge by Danny Johnson on Cristian Gamboa, but, despite being in a great position, Clancy allowed play to go on and the striker flashed in the leveller with a low drive that entered the net via the inside of Craig Gordon’s left-hand upright. 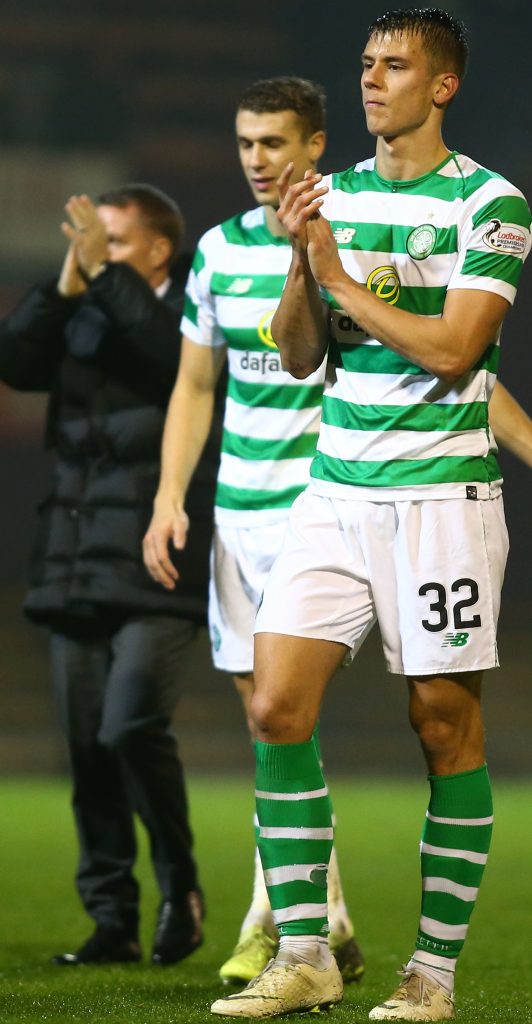 The on-loan Leicester City centre-half could have bemoaned the ill fortune that hit the Hoops, but instead looked forward to the visit of surprise league leaders Kilmarnock on Saturday.

Benkovic said: “I’m disappointed because we had the opportunity to go top of the table and we had some bad luck during the game, but now we must look at the positives and focus on the next match.

“We gave everything in the game and we knew how important it was. However, this is football and we must think about the positive things and we will be looking for a win on Saturday.

“Kilmarnock have done well this season and we respect their team, but we must look for the win and we are 100 per cent focused.

“The manager has told us to focus on Saturday because it is a very important game and we can go top of the table in this game.”