The 19-year-old, who arrived in August on a three-year deal after knocking back an extension offer from Southampton, admitted he is “gutted” to be missing out on international duty with the Republic of Ireland.

Afolabi has a tight hamstring and will be forced onto the sidelines for the Euro Under-21 qualifiers against Italy and Iceland. 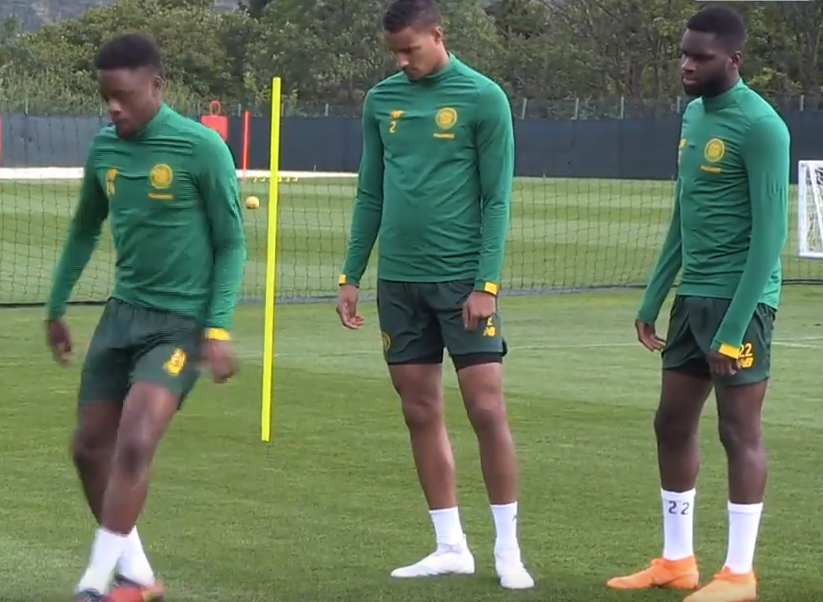 IT TAKES THREE…Jonathan Afolabi goes through a training routine watched by Christopher Jullien and Odsonne Edouard.

The teenage ace confirmed the news on his Instagram, saying: “Gutted to be missing these games through injury, but big one tomorrow for the boys v Italy.”

The highly-rated frontman has already impressed the Hoops backroom training while training with the first team squad at Lennoxtown since his arrival.

Afolabi now faces a seat on his comeback date, but is eager to get back into action for Tommy McIntyre’s reserves where he scored his first goal last month in a win over Morton where the Hoops came back from a goal down to triumph 4-2.