OLIVER NTCHAM is hoping to be head over heels in celebrations against Partick Thistle at Fihill as Celtic kick off the defence of their Betfred League Cup on Saturday.

The French midfielder took centre stage at Hampden in May with his remarkable gymnastic performance after scoring the second goal against Motherwell in the Scottish Cup Final.

Ntcham could stage an action replay against the Maryhill club at the ground where he scored his first Hoops goal in a 1-0 victory a year ago.

Commenting on his acrobatics at the national stadium, the French Under-21 ace said: “I’ve been able to do flips like that since I was around 13 or 14 years old.

“I learned by myself when I used to do breakdancing with my older brother when I was really young.

“I wouldn’t do it every time I score. It depends if the goal is really good or if it is on a big occasion.

“Moussa knew I could do that, but I don’t think anyone else did so maybe they didn’t expect it.

“I don’t practise doing that, it’s just something which has stayed with me since I did breakdancing many years ago.” 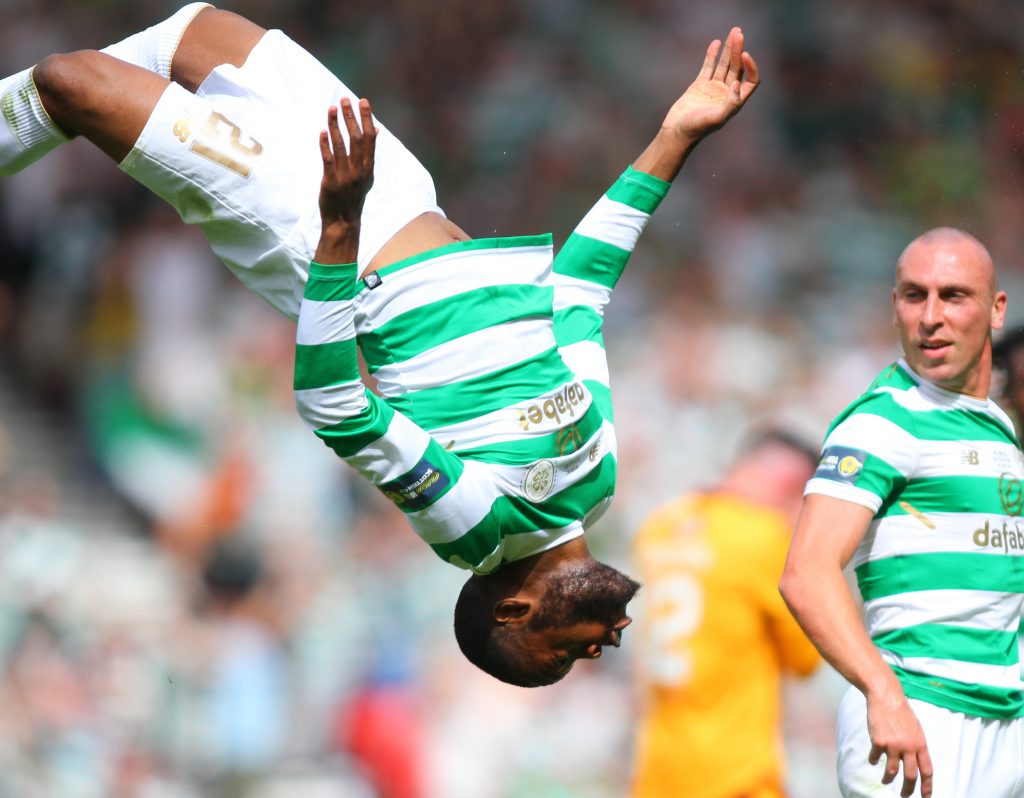 ALLEZ-WHOOPS…Olivier Ntcham takes to the air to the bemusement of Scott Brown. 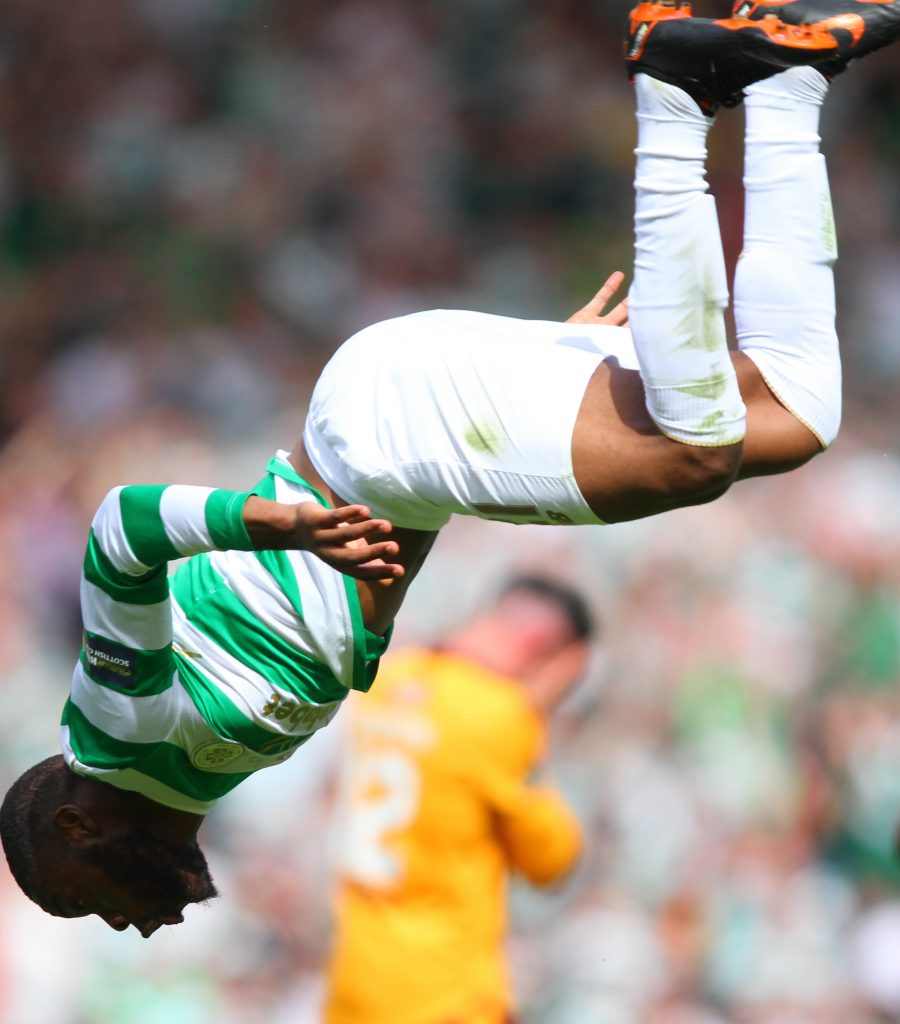 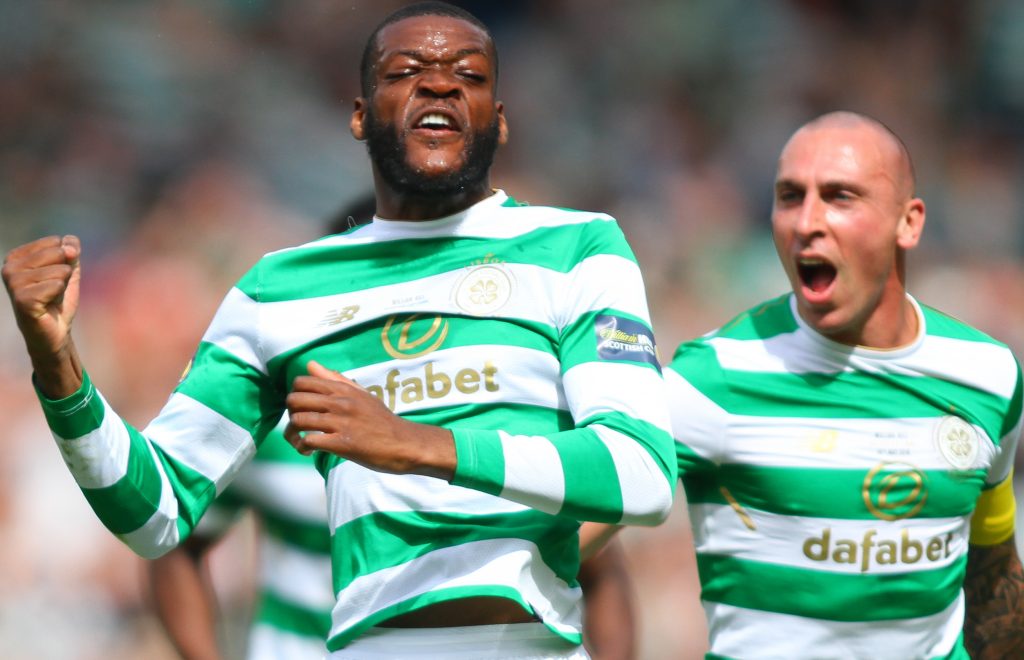 BACK TO EARTH…and it’s all smiles from Ntcham and the skipper. 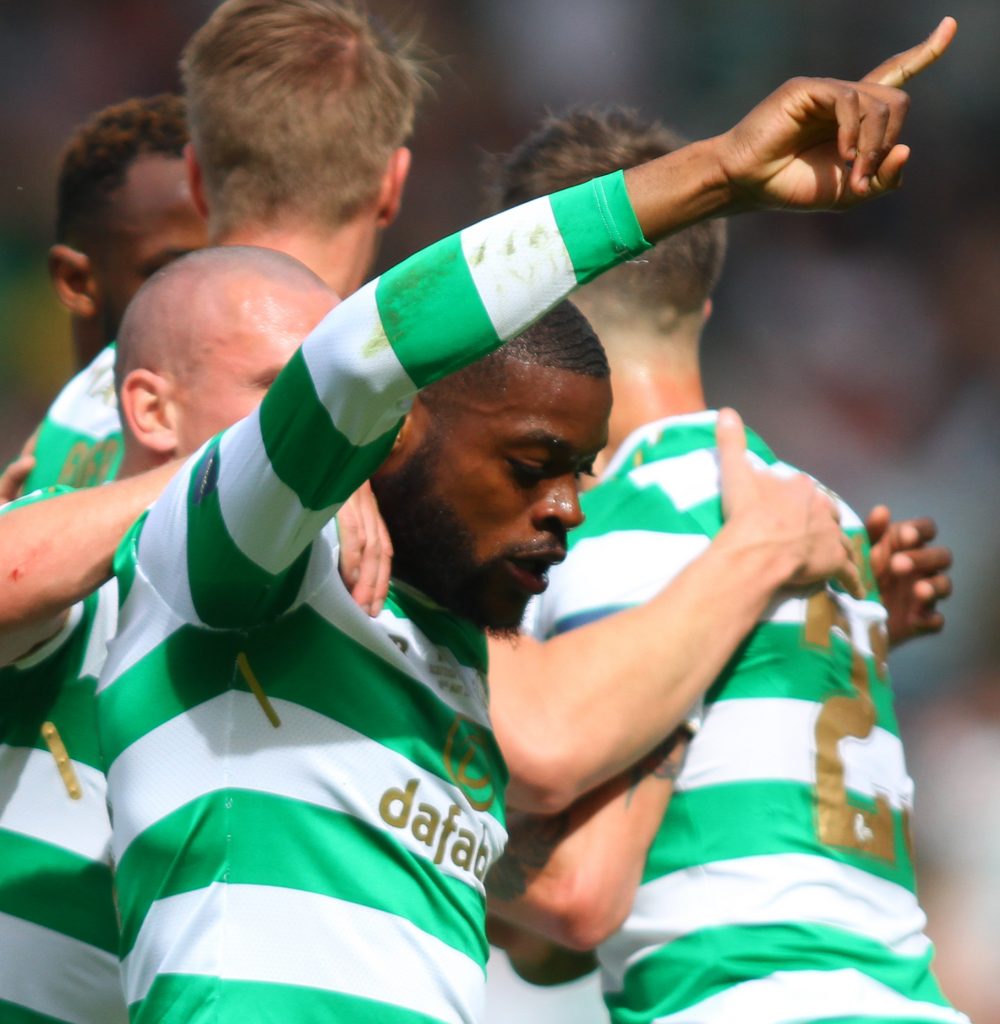 HAMPDEN HOORAYS…Ntcham walks away and salutes the fans. Pics: Geo.

Ntcham has already scored two goals this season, including a penalty in the Premiership opener against Livingston – and he’ll be happy to take the responsibility for future spot-kicks – if required.

He added: “It was a good way to start the season at Celtic Park. Winning and getting three points at home is the most important thing.

“We know there are areas which we must improve on and we will work on them. But we have to win, even if we make mistakes.

“It was the manager who decided that I take penalties, so I am happy to do so whenever I am asked.

“I don’t get nervous when taking penalties, so I am comfortable to step up whenever I am asked.”

* Ntcham was speaking to this week’s Celtic View, on sale now.