JOHN KENNEDY insists being pitched in at the deep end will help him in his ambitions to become a team boss.

The Celtic caretaker boss, who took control of the squad when Neil Lennon exited in February, watched the team obliterate Livingston 6-0 at Parkhead yesterday.

It was the 37-year-old coach’s fifth game in charge and he is still unbeaten while looking forward to the Scottish Cup fourth round confrontation with Steven Gerrard’s side at Ibrox.

With former Bournemouth boss Eddie Howe stalling on confirming his anticipated move to Glasgow, Kennedy has already admitted he is not in any rush to move into the dug-out, as CQN reported last weekend.

However, the former club and country central defender reckons taking over the Hoops at such a delicate and crucial stage will help him launch his career as a gaffer. 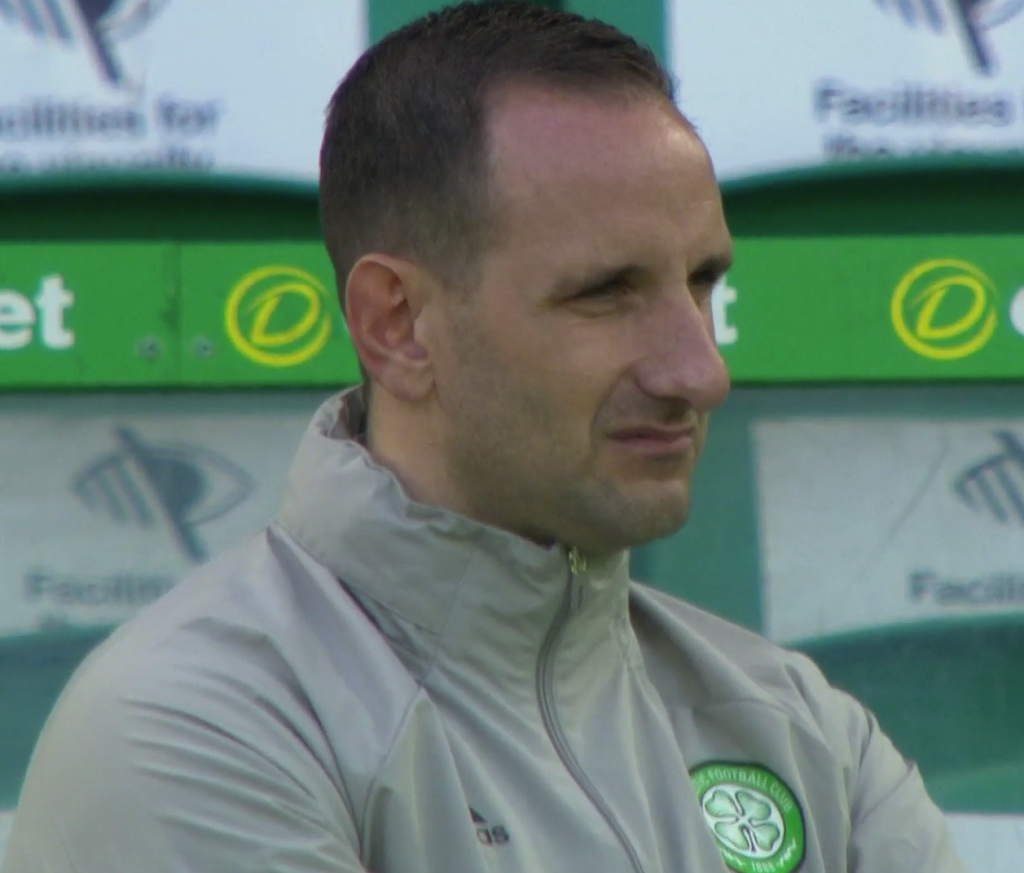 MANAGER IN WAITING…John Kennedy in the Parkhead dug-out. 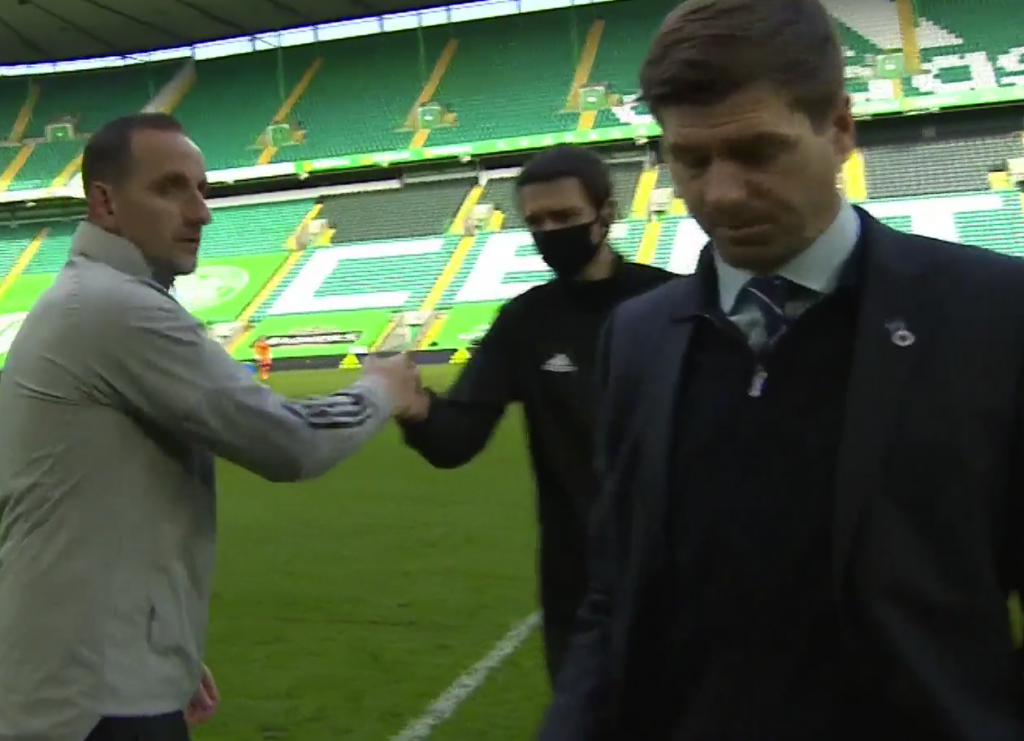 Asked if three months in the Celtic job is the equivalent of three years at most other clubs, Kennedy, speaking to BBC Sportsound, answered: “Yeah, especially with the situation we are in now.

“That will be second to none for me in terms of experience. I think I can be a manager.”

Kennedy saw a deflected shot from Odsonne Edouard overcome Aberdeen in Glasgow on February 27 to give him a debut triumph as a team chief.

That was followed by a goalless draw against Dundee United at Tannadice before Gerrard brought his team to the east end to see them escape with a point in a 1-1 stalemate.

After a scoreless first-half, the holders eventually eased to a 3-0 Scottish Cup victory over League One pacesetters Falkirk and Kennedy then enjoyed the 6-0 romp over ragged Livi yesterday.