NEIL LENNON has pinpointed an area that could jeopardise Celtic’s bid to seal their place in history with an unprecedented treble treble.

The eighth successive title is already heading for Parkhead and the Hoops are ready for the challenge of Aberdeen in the Scottish Cup semi-final at Hampden this afternoon.

A goal from Ryan Christie made certain the first piece of domestic silverware would be remaining in the east end of Glasgow following the 1-0 triumph in the League Cup Final against the Dons at the start of December.

If the holders can overcome the Pittodrie outfit at the national stadium today, it will set up a May 25 grand finale against Hearts, who beat Championship side Inverness Caley Thistle 3-0 in their last-four encounter yesterday.

Interim gaffer Lennon reckons only complacency can derail the juggernaut with unprecedented glory within touching distance.

The Iirishman has been on the receiving end of shock results at the national stadium in the past with failures against Ross County, St Mirren and Kilmarnock.

But Lennon, speaking to the Sunday Mail, insisted: “This team is different from the one I had. They only know success.

“They’re younger, but the mentality is good. I was impressed with their approach to the Rangers league game last month.

“They were sharp and focused and I’m looking for more of the same against the Dons.

“Our only enemy will be complacency. 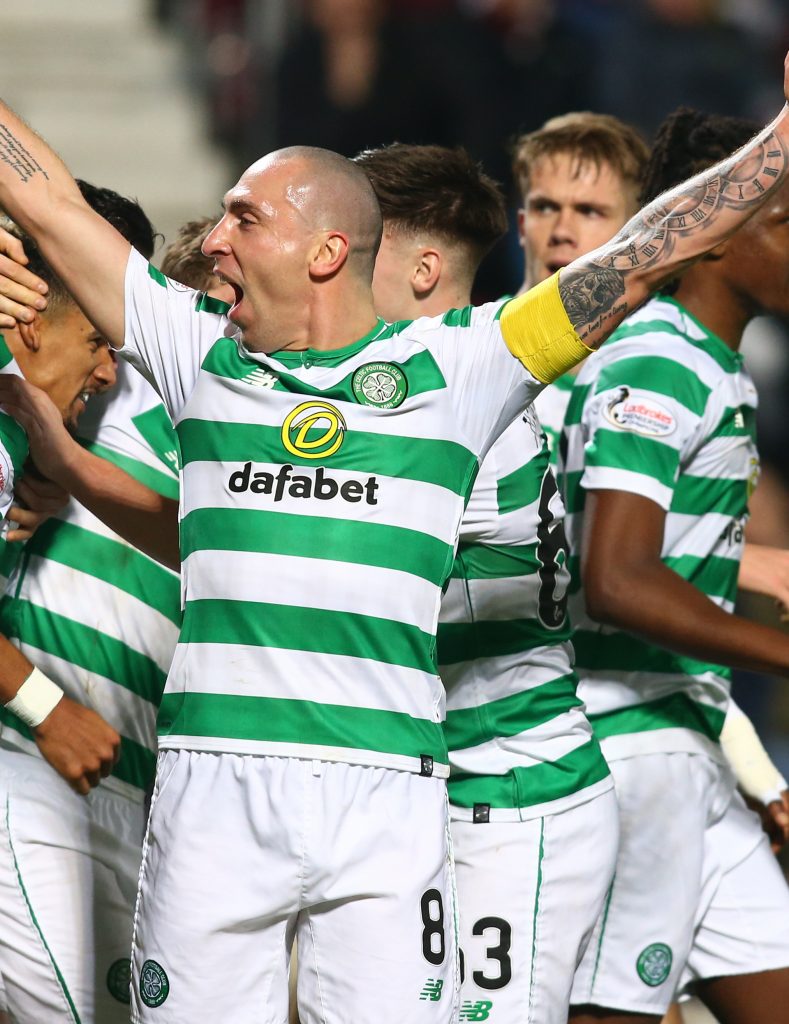 BORN WINNER…Scott Brown will lead from the front against Aberdeen.

“There is not much for me to tweak, if anything. It is just for me to keep them primed and ready to go.”

“Last weekend’s draw with Livingston and the criticism, rightly or wrongly as a result, means that there will be
no complacency going into this game.

“And, to be fair, they’ve handled Cup competitions perfectly over the last two and a half years.

“I’m hoping there’s going to be no hiccup, but we’ll be ready if there is. Having some big-game players in the team already is huge.

“It is not as if they’re going into it for the first time – not that I am, either.”

* DON’T miss the unbeatable match report and best action images from Celtic v Aberdeen this afternoon – only in your champion CQN.