ODSONNE EDOUARD has backed his compatriot Olivier Ntcham to be “a good mix” at Marseille.

The midfielder’s lack of consistent form led him to the Celtic exit and his controversial loan move to France in a deal that saw coach Andre Villas-Boas fired after the club rejected his resignation.

Edouard believes his good friend will win over the disgruntled fans at the struggling Ligue 1 side and earn a permanent contract.

But the Hoops hierarchy could face a summer of wrangling to get the deal over the line with French football plunged into a financial crisis.

That, of course, will depend on how the 24-year-old star performs. He did enough at Manchester City and on loan at Genoa to persuade Brendan Rodgers to pay £4.5million for his qualities in June 2017.

Edouard is convinced Marseille will snap him up and, speaking to the Daily Record, said: “I see him winning and succeeding. He has the qualities, and mentally he’s ready.

“So, I don’t see any reason why he doesn’t succeed because he’s a player with a strong character.

“I think between the Marseille fans and him, it’s going to be a good mix.”

Marseille, though, will have to dip deep to come up with at least £5million for Ntcham.

All top-flight clubs in the country have been left devastated following the collapse of the TV deal which, along with the coronavirus backlash, has left a massive £2.8 BILLION hole in their financial resources. 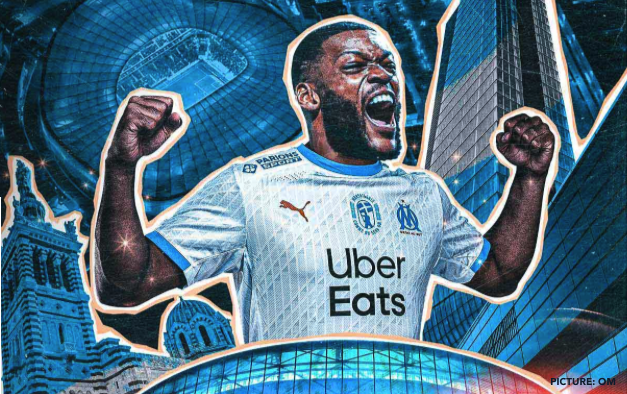 The contract was sensationally scrapped in December after the broadcaster, Mediapro, missed two monthly payments.

The loss of Ligue 1’s lucrative film rights has left the game in turmoil.

The Ligue de Football Professionnel (LFP) has now requested a multi-million euro rescue package in order to ease the burden.

According to the governing body, the interruption and subsequent restrictions introduced to French football as a result of Covid-19 have led to a huge shortfall in income.

The LFP yesterday resolved to meet with government representative to explore options on increasing financing and to put together an “emergency support plan”.

To Ligue 1 clubs were left without a domestic broadcast partner after the deal with Mediapro was dissolved two months ago and a stop-gap deal with Canal+ has since been signed until the end of this season.

But the league is forecast to lose 49 per cent of its television revenue for the 2020/21 campaign.

And that will leave Celtic in a cash wrangle for Ntcham who is under contract until June 2022.