Brendan Rodgers expressed his sympathy for the 19-year-old World Cup winger and Ivorian midfielder Eboue Kouassi who will both miss the rest of the season after they were diagnosed with cruciate ligament injuries.

Arzani, who was carried off after only 22 minutes of his debut in the 5-0 win over Dundee at Dens Park on Wednesday, will be reviewed by a knee specialist early next week, which will determine the full extent of his injury and the prognosis moving forward.

However, the skilful flanker, who agreed a two-season loan deal from Manchester City in summer, will also sit out his nation’s Asian Cup-ties in January. 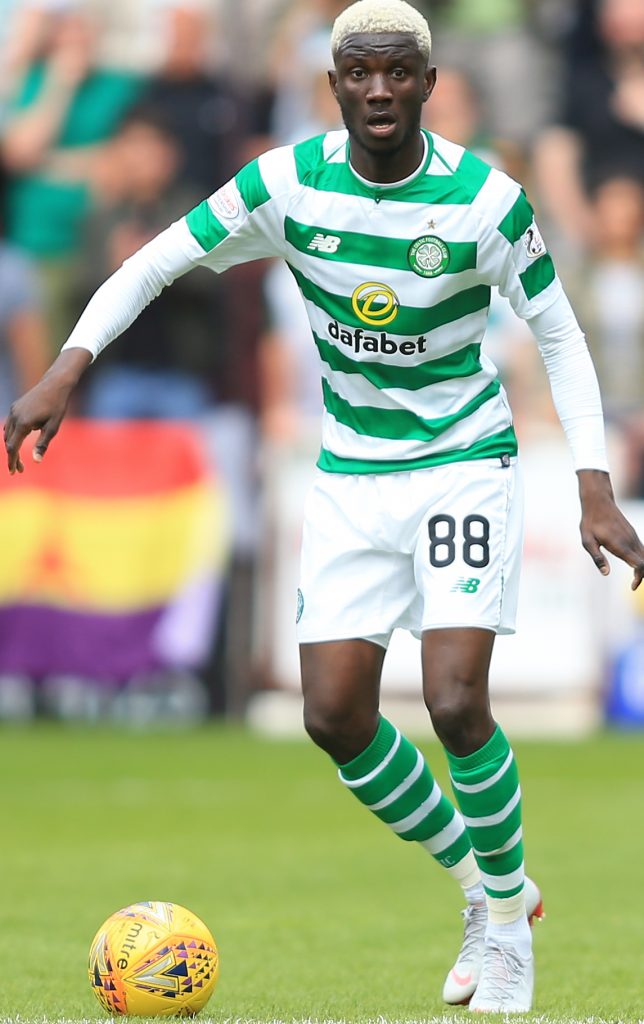 OUT…midfielder Oboue Kouassi in action against Hearts at Tynecastle in August. Pic: Geo.

Aussie gaffer Arnold said: “We have great confidence in the staff at Celtic FC to manage Daniel’s injury appropriately.

“Our performance team will continue to liaise closely with Celtic and Daniel to provide Daniel with whatever assistance he requires.”

Rodgers added: “Unfortunately, it looks like cruciate injuries for both Daniel Arzani and Eboue Kouassi. It’s disappointing for them because they’ve been working hard to get into the team.

“For young Daniel, it has been a period of adaption coming in, but he has slowly been getting better and better and the timing was perfect for him to come on the other night for half-an-hour and get a feel for it.

“The injury was so innocuous, he went to press at a throw-in, went to change direction and his boot sort of stayed on the ground and he went the other way.

“He will get some more scans at the beginning of next week abroad. Then there will be a plan in place for him in terms of where he does his rehab, but he has settled in really well up here and has great connection with the group.”

On Kouassi, who was taken off after 27 minutes of the 3-0 Betfred League Cup semi-final win over Hearts on Sunday, Rodgers added: “Eboue is a boy who has been unfortunate – one because of injuries and two, because of the form of Scott Brown, he hasn’t really been able to play as much.

“I show my faith in a player like that by playing him in Leipzig and in the semi-final, it is just unfortunate he has now picked up the injury.

“We are final confirmation, but at the moment it looks like they have both done their cruciates. It is so unfortunate, especially for young players like that who are trying to make their way in the game.”