BRENDAN RODGERS has been so impressed by the versatility of Callum McGregor he reckons that he could even also replace US superstar Tom Brady, a five-time Super Bowl-winning quarter-back with the New England Patriots.

The Scotland international midfielder has moved from his advance position to take over Scott Brown’s role as the anchorman in front of the back four.

McGregor was immense in the 5-0 win over Dundee in midweek as he pinged passes all over the Dens Park pitch with awesome accuracy.

Rodgers said: “How many positions does McGregor play? He’s just got the in-built brain for football. I said to him that if Tom Brady got injured in the NFL I’d probably get a call for him to go and play quarter-back.

“His view of the game is up there with the very best, he knows the game tactically. Look at our first goal the other night. We always talk to the players about the speed of the pass and the first touch. When he gets the ball off James Forrest, you see how quickly he raps it through to Tom Rogic.

“That gives Tom time to get his shot off. It all comes from Callum’s speed of the pass and his ability not to be safe with it and play forward. He’s got so much courage to take the ball.

“Whatever area of the pitch I put him in, and tell him tactically what we want from the game, he does it. He’s played in that role and he’s been outstanding.”

McGregor, 25, could even be seen as the long-term replacement for skipper Brown, currently sidelined through injury. 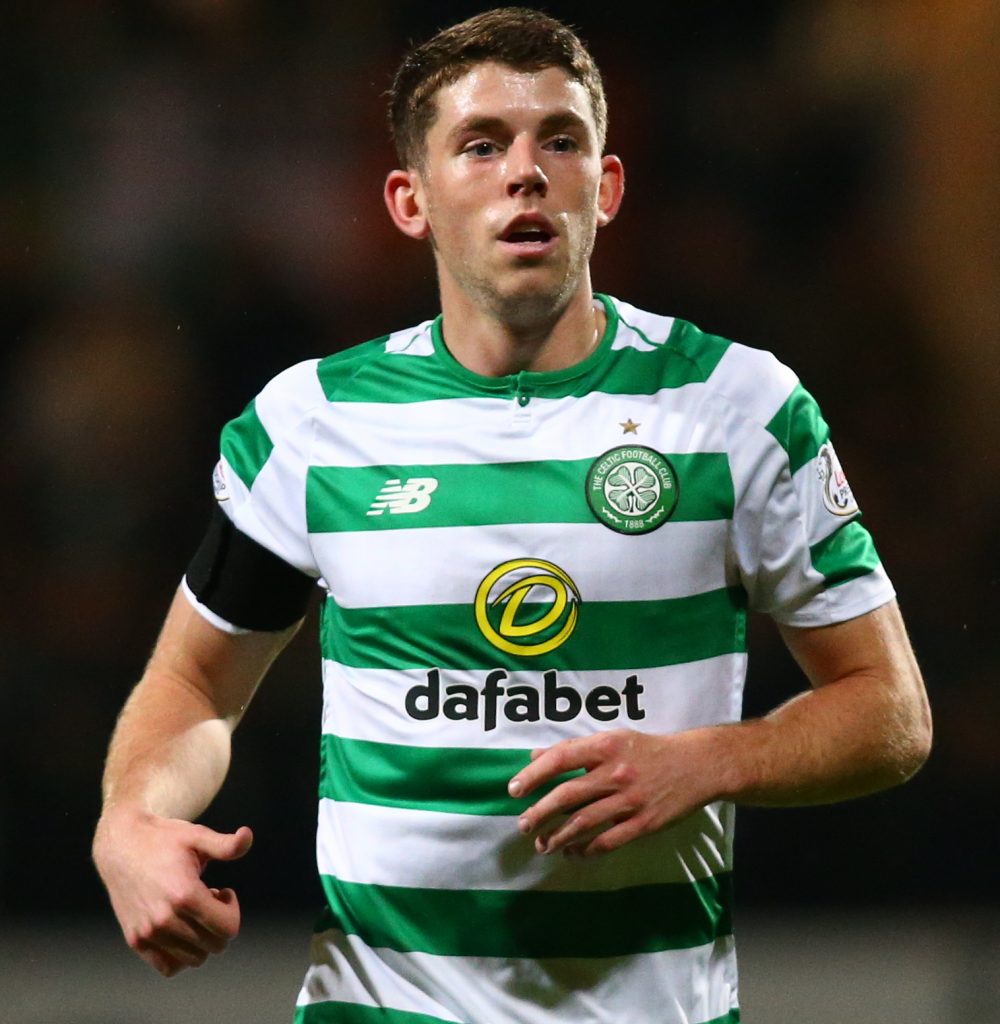 The Hoops gaffer said: “He might end up there, but he could end up anywhere. It depends on the tactics of the season. Hopefully, he’s at Celtic for his career, but it depends what you want from the team.

“If he played for a manager who wanted it to go long and smash it up the pitch, he’s probably not going to play there. But, for me, if he’s playing in a top team, you’ll put him where he can be effective and he can be effective in so many areas. He’s such a big talent and it’s great to see him flourishing.”

Ryan Christie has also taken the eye over the past couple of games with his sensational second-half display against Hearts in the 3-0 win over Hearts in the Betfred League Cup semi-final on Sunday and the victory on Tayside.

There are natural comparisons with Stuart Armstrong, who, of course, left for Southampton in the summer in a £7million switch.

But Rodgers added: “He is a different player, but he is definitely one who gives us that penetration with his running without the ball.

“You look at the balance of our midfield the other night, where we have a passer in McGregor, who is good as you could wish to see, the speed with which he makes the ball go forward. Then you’ve got Tom Rogic who finds space, he’d find it in a telephone box.

“The balance for that is the runner and Ryan gives us that. You are looking for all three.”