JAMES FORREST, who has picked up the Premiership October Player of the Month award, is delighted Celtic are back on track and sharing the joy.

The on-fire international attacker has Hearts in his sights at Parkhead this afternoon as the champions aim to cut the Edinburgh side’s advantage at the top of the Premiership to a solitary point.

Forrest has played his role in the Hoops winning their last six domestic games, scoring 20 goals and conceding just two in the process.

He said: “It’s been really positive. We’ve had some good results in the last few weeks, scoring goals and creating lots of chances. It feels as though we’re back to our best.

“But we can’t just stop there. We need to keep going and make sure that we keep this form up.

“You can definitely see in our play that the whole team is confident. It’s not just that we’re scoring so many goals, but the fact that we’re sharing them around. That definitely helps us as a team.

“Moussa has gone and Griff hasn’t been available for a few weeks now and you’d think that all the pressure would be on Odsonne. He has been scoring since they’ve gone, but it’s also been good that we’ve been helping out on that front, as well.” 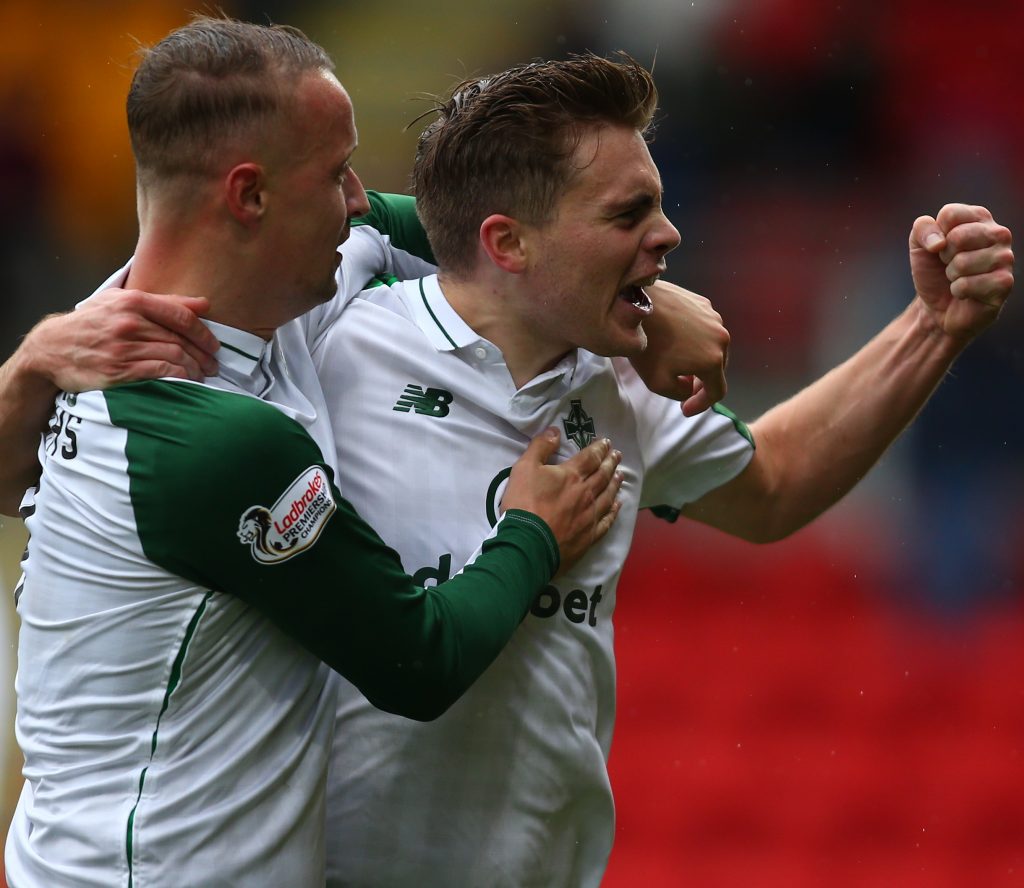 FORREST TO THE FOUR…on-fire winger James Forrest is congratulated by Leigh Griffiths after one of his sparkling quartet against St Johnstone last month. Pic: Geo.

Forrest now has eight, goals as he bids to overtake last season’s personal best total of 17. However, the Scotland winger insists none of the team-mates is too concerned about topping the goalscorers’ chart.

He added: “I don’t think anyone is thinking too much about having the most goals as long as they’re playing their part and right now everyone seems to be scoring.

“Last season was the most I’ve ever scored. I’ll continue to take it game by game, but the way we’re playing at the moment and the number of opportunities we’re creating, then, hopefully, I’ll continue to score more.”