Celtic Quick News on News Now
You are at:Home»Latest News»PATRICK ROBERTS IN LIMBO
By CQN Magazine on 10th May 2021 Latest News

It is not thought Wayne Rooney’s financially-sricken club have the option to buy the former Celtic favourite who arrived on transfer deadline day in January and is due back at Manchester City in the summer.

Roberts, who had a successful two-and-a-half year stay at Parkhead and was one of Brendan Rodgers’ Invincibles in 2016/17, has been overlooked by Pep Guardiola ever since the club bought him from Fulham for an undisclosed fee in July 2015, shortly before his temporary switch to Parkhead.

The 24-year-old winger now faces another season of uncertainty with his deal at the Etihad giants due to expire on June 30 2022. 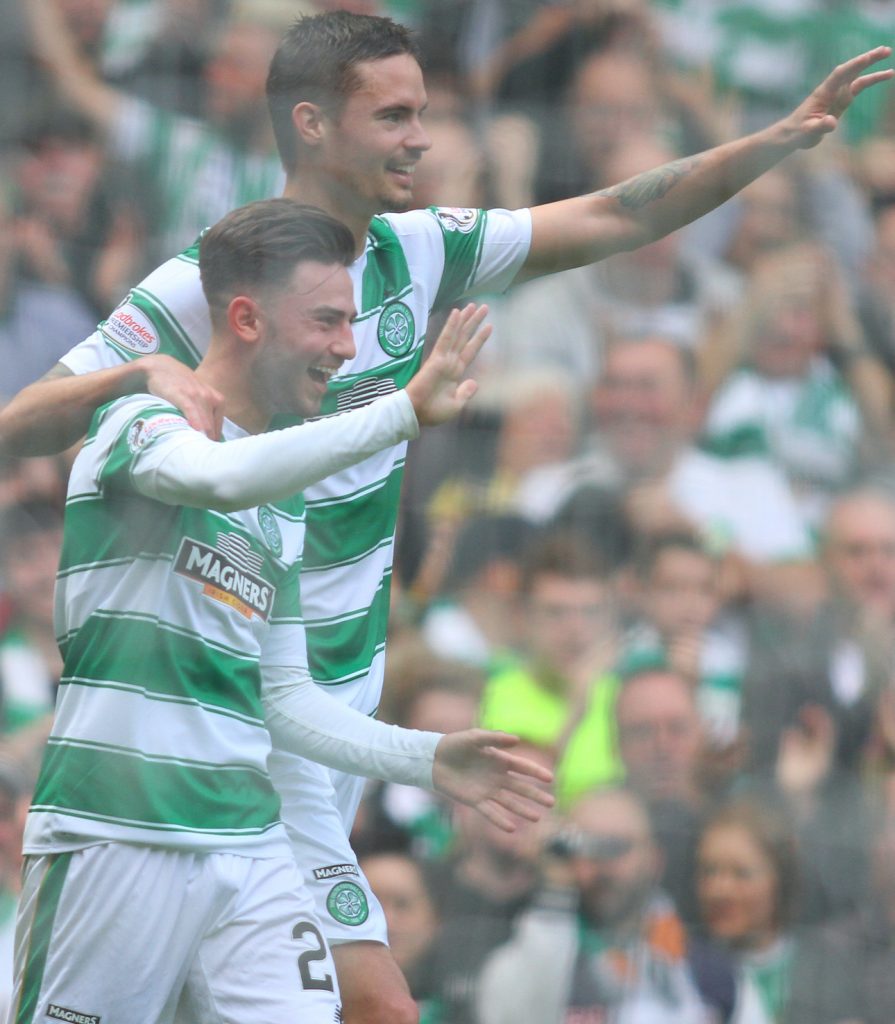 HOOP HOOP HOORAY…Patrick Roberts celebrates with Mikael Lustig after netting one of his double in the 3-2 trile triumph over Aberdeen in 2016.

Roberts netted a spectacular goal at the weekend to throw Derby a Championship lifeline in their 3-3 draw with doomed Sheffield Wednesday at Pride Park Stadium.

Rooney’s side escaped the trapdoor in the tightest of margins and CQN highlighted the fact that exactly five years to the day the skilful forward had claimed two excellent strikes as Ronny Deila’s Hoops team overcame Aberdeen 3-2 to lift the club’s fifth successive title.

Roberts, in only his seventh start, turned back the years against the Hillsborough to score his first goal for the club with impeccable timing.

Asked about the player’s massive contribution to the survival of his team, Rooney, speaking to Derbyshire Live, replied: “I spoke to him in the morning. We were having breakfast, the pre-match meal and he was sat with George Edmundson. l

“I went over and said to Patrick: ‘You haven’t scored a goal all season’. Today, get the ball and cut inside on your left foot. He did and whipped the ball into the top corner. 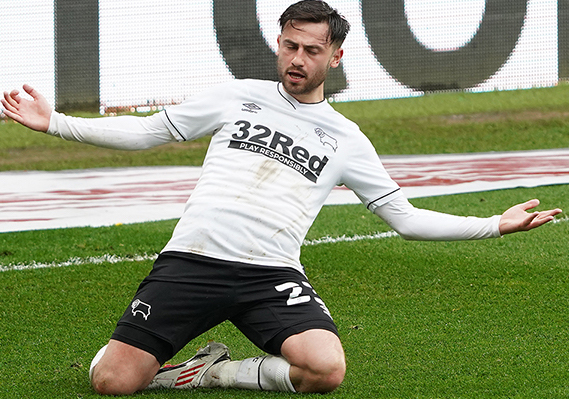 DERBY DELIGHT…Patrick Roberts celebrates his goal for Wayne Rooney’s side in the relegation nail-biter at the weekend.

“It is great for him because I felt if we had that calmness there was a great opportunity for Tom Lawrence and Patrick Roberts to get into pockets of space and cause problems.”

The Manchester United and England international striker, however, can make no promises in attempting to keep Roberts.

Derby were under an EFL transfer embargo in January after failing to pay some players and are still awaiting news of a takeover by Spanish businessman Erik Alonso.

Rooney, in an interview with Sky Sports News, admitted: “It has been a very difficult season for everyone connected to the club.

“We need to get everything sorted as soon as possible off the pitch to give ourselves the best chance of moving forward as a club. 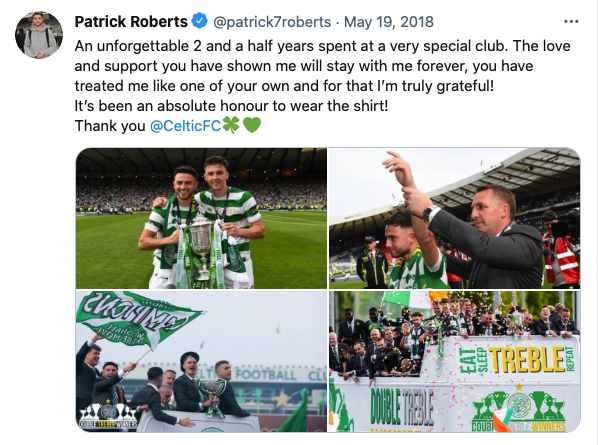 “We cannot have another season like this because it won’t end well. The lads have done everything to make sure it doesn’t this season and I can’t stress enough how good they have been in a very difficult moment.”

Roberts has already been loaned to Spanish side Girona, Middlesbrough and Norwich City as well as Celtic and at the moment the touchline terror who lit up the east end of Glasgow with some dazzling displays is stuck in soccer limbo wondering about his next move.

Guardiola and his Champions League finalists may now get around to settling the player’s long-term future by accepting a reasonable bid for the former England Under-21 prospect.