Celtic Quick News on News Now
You are at:Home»Latest News»TAXIS FOR SCEPOVIC & BOERIGGTER
By CQN Magazine on 31st August 2015 Latest News
STRUGGLING Stefan Scepovic’s nightmare spell at Celtic could end tomorrow with a cut-price £1.5million move to Spanish outfit Getafe.
The Serbian striker, bought by Ronny Deila for £2.3million from Sporting Gijon last summer, is on his way out after scoring only six goals in 25 appearances.
Scepovic’s former side Gijon, Real Valladolid and Israeli outfit Maccabi Tel Aviv were also watching the situation, but Getafe have now jumped to the head of the queue and are prepared to swoop for the 25-year-old frontman before the transfer deadline. Their bid has been accepted by Celtic as Ronny Deila aims to remove the excess baggage  from his first team squad.
Although the beanpole attacker struggled at the Hoops, his stock is still high in Spain where he scored 23 goals in 39 games to attract the attention of the Celtic scouts.
Scepovic struggled for game time last term and the arrival of Nadir Ciftci from Dundee United for £1.3million in the summer was another setback. 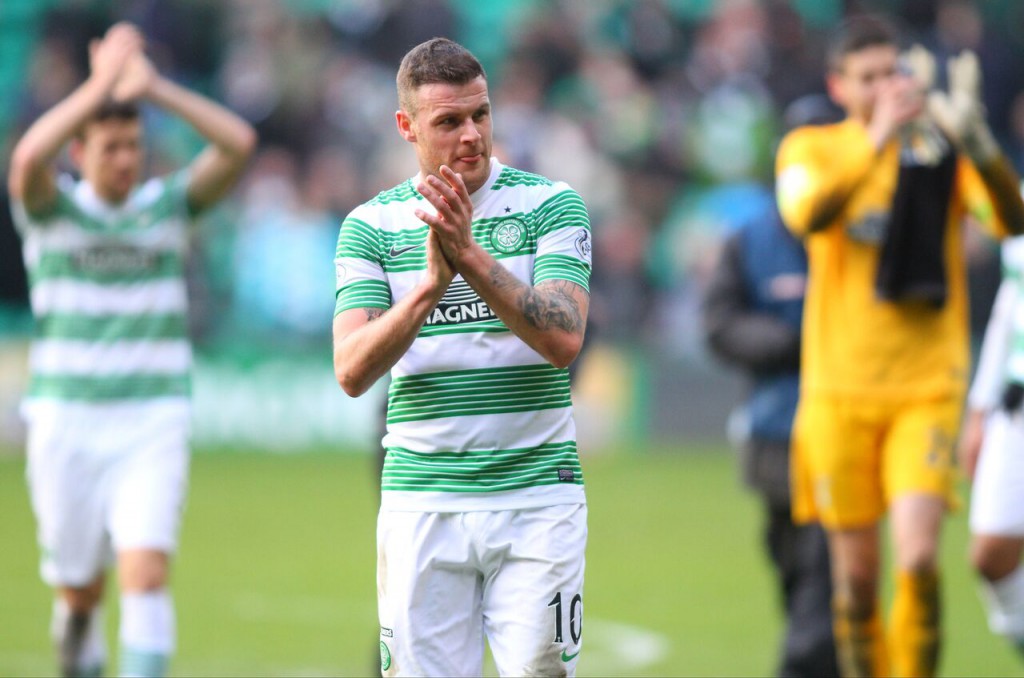 Joining Scepovic at the exit door is Dutch winger Derk Boeriggter, the man the fans call ‘sick note’. Celtic are having a frank conversation with the player who took to social media at the weekend to state that he was ‘still stuck at Celtic’. Not for much longer as Celtic intend to have him on a flight to Amsterdam before the window closes.
A compensation package to terminate Derk Boeriggter’s contract is a priority for Celtic who may also be prepared to lose Anthony Stokes in the next 24 hours.

These departures leave a rather big hole in the squad for forwards and various options are being pursued.