NEIL LENNON takes his players to Pittodrie tomorrow afternoon for a midday Premiership encounter that has now become a MUST win for the champions.

The Hoops dropped four points behind Steven Gerrard’s Ibrox outfit after a poor performance in the Glasgow derby a week ago today, although, of course, they have a game in hand.

The north east has been a testing ground for great Celtic teams in the past as author Alex Gordon emphasises in his latest book, ‘Fifty Flags Plus One,’ with a look at a vital encounter back in season 1970/71 against the Dons during the glorious nine-in-a-row achievement.

In another CQN EXCLUSIVE, Alex takes up the story with an edited extract from the tribute book:

Aberdeen had been the champions’ main protagonists and there had been genuine concern the Dons could bring Celtic’s championship monopoly to an unwelcome finale. Jock Stein took his players to Pittodrie on Saturday April 17 in the knowledge a defeat against dangerous and capable opponents would go a long way to seeing the silverware wrenched from Celtic’s five-year grip.

The stage was set for an epic collision in the north east.

Eddie Turnbull, the blunt and bordering on boorish Dons chief, acknowledged a win would put his team within touching distance of the crown with only one game left to play, a match against Falkirk at Brockville. On the other hand, Celtic realised a win or a draw would heavily tilt the odds back in their favour. 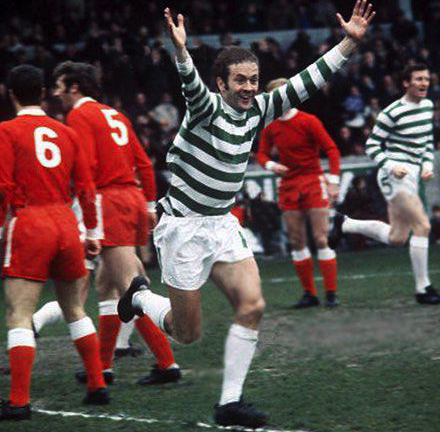 HAPPY AS HARRY…Celtic striker Harry Hood races away in delight after his early strike at Pittodrie.

Harry Hood scored in only three minutes from a Jimmy Johnstone corner-kick to give the title kings the best possible start while also helping to soothe some of the trepidation among the ranks. Unfortunately, keeper Evan Williams gave a cross from a corner-kick the bar-of-soap treatment seven minutes from the interval and the advantage was nullified. Alex Willoughby became the grateful beneficiary of the unexpected gift from the crestfallen custodian. It was locked 1-1 at the break and a pulverising forty-five minutes lay in store.

The defining moment in the second thrilling instalment of a rip-roaring meeting of two giants arrived in the fifty-sixth minute and in that instant Celtic must have believed it was going to be their day. A through pass found Arthur Graham scampering beyond a straight line of Celtic defenders. He was off and running and blood pressures among the visiting fans in the 36,000 all-ticket crowd soared to dangerous levels.

It was a one-on-one scenario as Williams raced from his line in an attempt to deal with the precarious situation. Credit must be given to the goalie on this occasion as he forced the Dons forward to shift his stride and take the ball wide onto his left foot. Graham struck the ball goalwards, but it cannoned off Williams and spun crazily into the air. 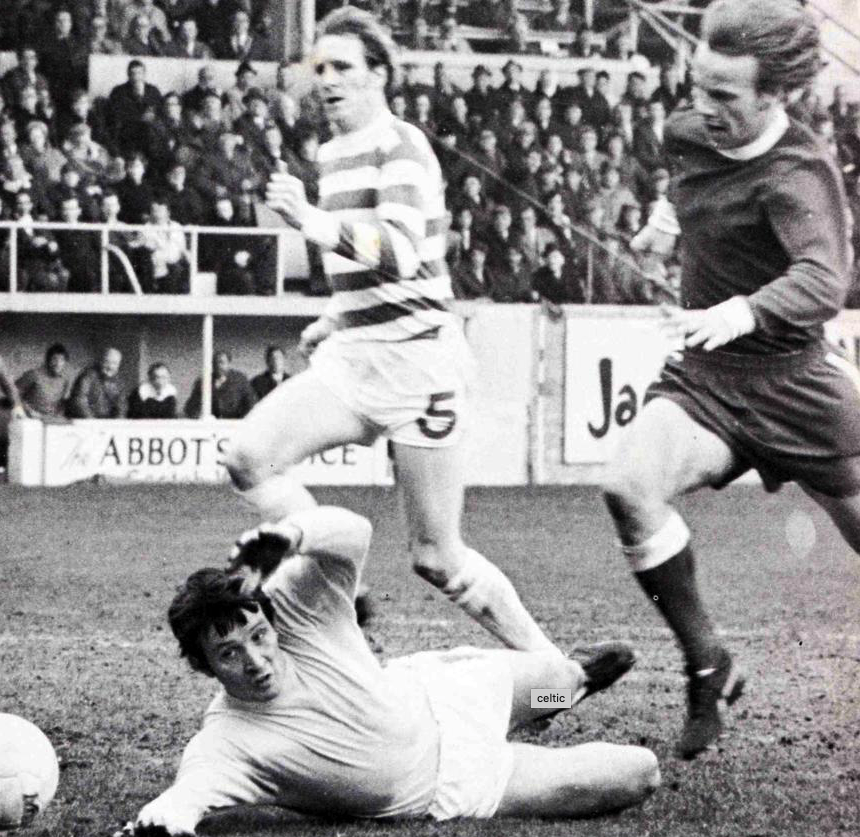 While this heart-stopping little cameo was being played out, Billy McNeill reacted with more awareness than any of his defensive team-mates. The centre-half hared back to protect the goal-line in the gallant, if faint, hope of arriving in time to prevent a disastrous occurrence. The ricochet off the keeper dropped back to Graham who was slightly off balance as he prodded an effort towards the inviting net.

The ball was rolling inexorably towards its destination and the Dons players and fans were within a heartbeat of acclaiming the team’s second goal. It was an anxious, edgy moment for all who witnessed every revolution of the sphere, the action seemingly being played out in agonising slow motion.

Magically, McNeill materialised virtually on the line and the skipper managed to hack the ball away from danger. The sixth consecutive league championship was heading home at that crucial juncture.