CELTIC’S Premiership meeting with Dundee United at Tannadice on Sunday WILL go ahead, as CQN revealed earlier today.

However, the storm-damaged Jerry Kerr Stand in the stadium will be closed for the game which will result in 2,000 visiting Hoops fans missing out although they will receive a full refund with the Parkhead club handling the process.

It is a setback for supporters who were preparing to cheer on Ange Postecoglou’s men, but there will still be a 3,000-strong contingent heading for Tayside to back the team and they will be housed in two separate stands.

United insist supporters with tickets for this forced closure part of the ground should not travel at the weekend.

According to earlier reports, the fixture was said to be in jeopardy and could be cancelled and played at a later date.

CQN‘s information was that the match would go ahead once all the safety measures had been addressed and safety certificates issued. 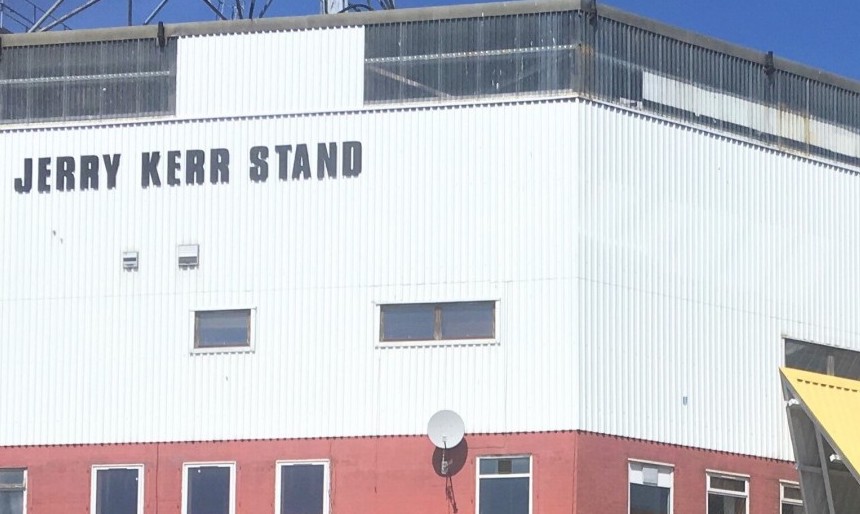 CLOSED…2,000 Celtic fans will miss the action on Sunday after the Jerry Kerr Stand at Tannadice was shut down for the fixture.

The Tayside confrontation will be shown live on Sky Sports with a noon kick-off. The programme will start at 11.30am.

A statement from Dundee United read:

“Following our statement earlier this week regarding the Storm Arwen damage to the Jerry Kerr Stand roof and having subsequently commissioned professional assessment of the damages, we have reluctantly taken the decision to close the Jerry Kerr Stand for Sunday’s fixture versus Celtic due to ongoing safety concerns.

“Work has been ongoing since the weekend in an attempt to ensure the stand could be used by spectators but due to the extent of the damage and concerns remaining regarding the risk to spectators, we have been advised by the structural engineering company in conjunction with Dundee City Council Building Standards to close the stand for this fixture.

“Celtic supporters who have been allocated tickets in this stand will receive a full refund. Celtic Football Club will manage the refund process and will communicate directly with those supporters affected.

“To this end, we thank all refunded supporters for their understanding and state clearly they should not travel to Tannadice for this game.”