CELTIC’S Premiership game against Dundee United at Tannadice on Sunday WILL get the green light.

Reports have claimed the midday kick-off is in jeopardy following significant damage inflicted upon the ground by Storm Arwen.

The Tayside outfit confirmed that parts of the Jerry Kerr Stand stand would require repairs after gale force conditions wreaked havoc in parts of the UK. The local council closed the road outside the stadium.

According to a club statement: “Assessment of damage and restoration will begin today and is expected to last a few days.”

PICK IT OUT…Liel Abada races away in joy after leaving Dundee United keeper Benjamin Siegrist helpless with a header. 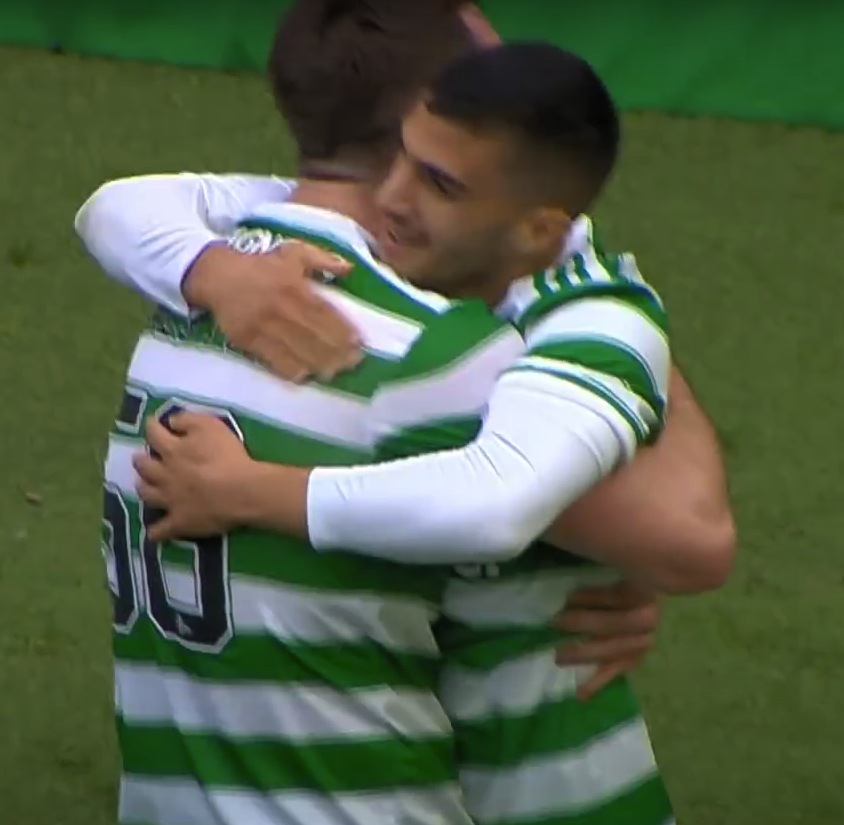 THAT’S MY BHOY…Liel Abada is congratulated by Anthony Ralston after his unstoppable header.

United are awaiting a report on the full extent of damage to the part of the ground – which was built in 1962 and named in honour of a famous former manager – and they expect to be in possession of all the facts within the next 24 hours.

However, CQN’s information is that the match, which will be televised live by Sky Sports, will get the go-ahead once safety certificates have been issued.

Screening from Tannadice will begin at 11.30am. 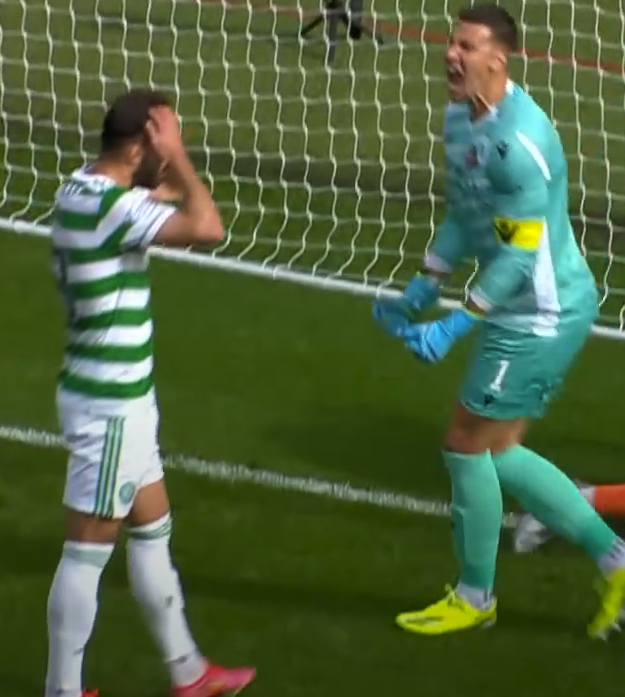 HAVING A BAWL…Dundee United keeper Benjamin Siegrist yells in relief after Albian Ajeti had scooped the ball over the bar from four yards. It proved to be a costly miss.

The teams met earlier in the season in Glasgow on September 26 when Liel Abada scored to put the Hoops ahead, but the visitors claimed a quickfire leveller to snatch a point in a 1-1 stalemate.

Ange Postecoglou watched in agony as his side hit the crossbar THREE times while Albian Ajeti missed two glorious chances to add to the Israel international winger’s header.