Celtic Quick News on News Now
You are at:Home»Exclusive Poll»SKY OR BT SPORT? LET’S HAVE YOUR VOTE!
By CQN Magazine on 20th November 2018 Exclusive Poll
SKY SPORTS have already scored a massive own goal as they celebrate their £100million five-year deal to exclusively show Premiership action from 2020/21 – as CQN reported last night.
The satellite giant’s swoop to grab the monopoly of the Scottish top flight has booted BT Sport into broadcasting oblivion.
But Sky have provoked an immediate response from Celtic supporters following their tweeted image to deliver the news of their astonishing takeover.
It displays a smiling Steven Gerrard to the forefront and clearly emphasises their focus of Scottish football while Brendan Rodgers is the smaller image, almost skulking in the background. 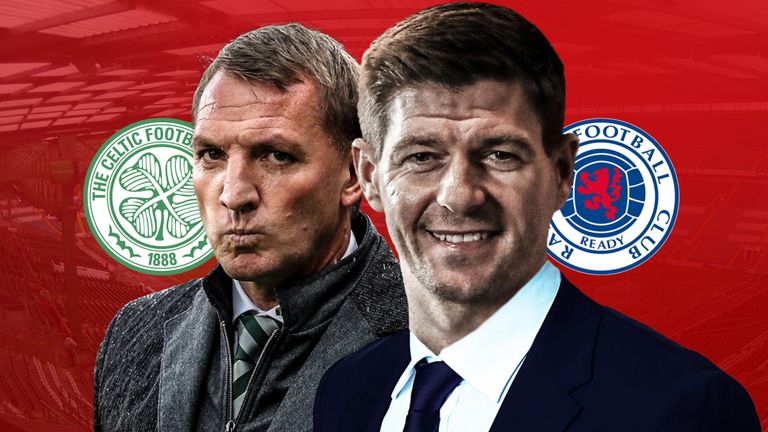 Note to Sky’s publicity bosses: Gerrard has never won a trophy in his short managerial career. Rodgers, on the other hand, can pick up his seventh successive piece of silverware since taking over at the champions in May 2016 when the club play Aberdeen in the Betfred League Cup Final on December 2.
The Irishman has now taken on four Ibrox managers – Mark Warburton, Graeme Murty, Pedro Caixinha and now Gerrard – in TWELVE games and remains unbeaten, winning 10 and drawing two.
Celtic are also zeroing in on their eighth successive Premiership crown as they target the historic 10 in a row. They have also completed unprecedented back-to-back domestic trebles.
Chris Sutton, the former Hoops striking hero who has been to the forefront of BT Sport as a top match analyst, took to Twitter: “Just to say thanks for all the nice messages regarding the BT Sport coverage…suffice to say we are disappointed to miss out on the next rights package…we will carry on giving our very best to the Scottish game for the next 18 months. Thanks again.”
Well, what do YOU think of the deal? CQN want your say on the matter. We are conducting an exclusive poll to ask you who you would prefer to show Premiership action.
Please just tick one of the following boxes to show your preference. The poll will close at 7am tomorrow and CQN will publish the results then. Please remember, YOUR vote counts.

Well, what do YOU think of the deal? CQN want your say on the matter. We are conducting an exclusive poll to ask you who you would prefer to show Premiership action.