Celtic Quick News on News Now
You are at:Home»Football Matters»‘A NEW DAWN’ FOR AMBROSE
By CQN Magazine on 14th January 2016 Football Matters
EFE AMBROSE has thanked his Celtic team-mates for rallying round when he was going through a tough spell.
The Nigerian international defender took heavy flak after two errors allowed Fenerbahce back into the Europa League encounter after the Hoops led 2-0.
A slack passback allowed the Turks to pull one back just before the interval and Ambrose appeared slow to react when they grabbed the equaliser from a corner-kick in the second-half.
Ambrose was also ordered off in the goalless draw against Hearts at Parkhead in September.
However, he has taken over from the injured Dedryck Boyata, stepped into central defence alongside Jozo Simunovic and helped keep clean sheets in the 1-0 league win over Partick Thistle and the 3-0 Scottish Cup triumph over Stranraer.
Ambrose, who hopes to keep the position for tomorrow night’s live televised game against Dundee United at Tannadice, said: “You get criticised, but the most important thing is how you get back on your feet.
“It could be me, it could be someone else, but the important thing is the team.

“During that time my team-mates stood by me, helped me out and they were there for me to pull me out of it. I never gave up and always tried to do my best.

“Even if I was playing and I made a mistake, I tried my best to come out of it to help the team because the team comes first. 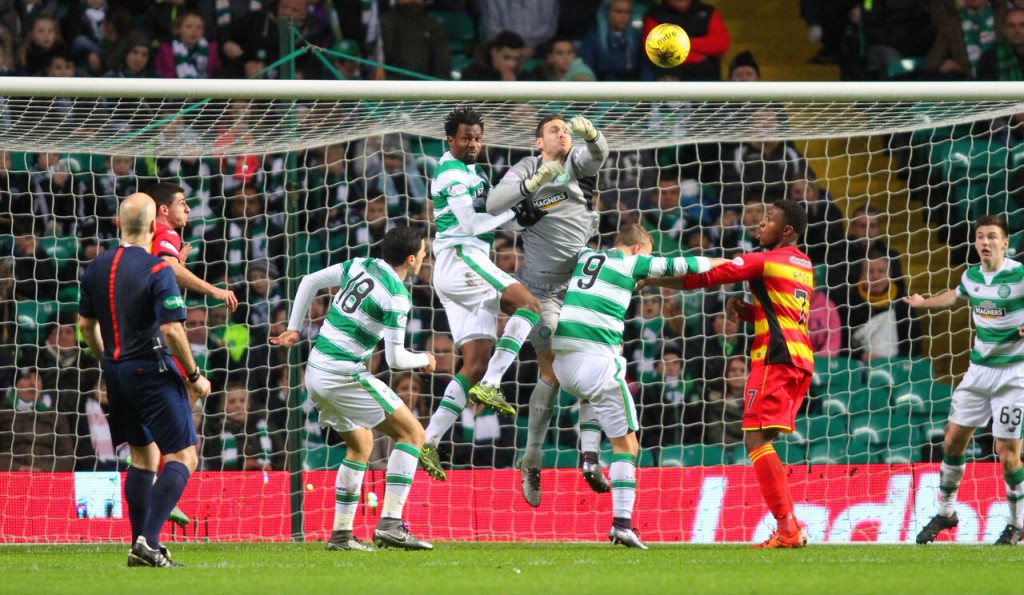 “Every time you lose, someone is blamed and criticised, but when you win everything is fine, so this is life.

“The gaffer really helps us as individuals, as a group as a team to deal with that.

“I believe those days are past now and there is a new beginning and a new dawn.

“I just focus on what I’m doing now, keep my head cool, concentrate and do the simple things, like the gaffer is always saying.
”It makes you a stronger person. I can’t say I’m the best, but football is about learning. It’s about how the manager wants you to play, so right now I just do what the manager wants me to do.

“I realise that, as a defender, you need to concentrate first and do the simple things. Defend first and then the other things are a bonus.”