The 23-year-old versatile defender has sealed a four-year deal following his £600,000 switch from Shamrock Rovers to become the manager’s seventh major signing since his arrival.

Scales, a Republic of Ireland Under-23 international, has made over 50 appearances for the Dublin club to catch the eye of Parkhead scouts.

Postecoglou, speaking to the club website, said: “Liam is a young player who has impressed us and is someone who we think has the potential to have a big future at Celtic. He is an athletic defender who has the ability to play in a number of positions. 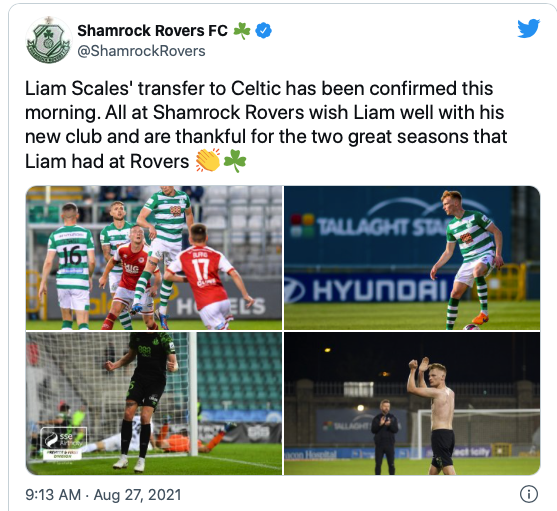 “As I have said before, everyone at the club has been working hard to add depth and quality to our squad and in signing Liam I think again we have made good progress.

“We all look forward to welcoming Liam to Celtic and to start working with him.”

Goalkeeper Joe Hart, midfielder James McCarthy, winger Liel Abada and striker Kyogo Furuhashi have also been signed in a whirlwind of transfer activity while Sheffield Wednesday out-of-contract double-act Liam Shaw and Osaze Urhoghide have also been added to the squad.

At least one new face is expected before the 11pm Tuesday deadline.