THE minutes were ticking down at Easter Road yesterday with two precious ponts in danger of slipping away and the 100 per cent Premiership record in jeopardy.

It was deadlocked at 1-1 following a gift of an own goal from Kristoffer Ajer for the grateful Edinburgh outfit and a rare headed response from Ryan Christie who powered in an excellent effort after an inviting right-wing cross from Moritz Bauer.

After two solid penalty-kick claims in the second-half had been astonishingly ignored by referee Kevin Clancy, Neil Lennon thew on Ivorian powerhouse Vakoun Issouf Bayo for Odsonne Edouard in the 72nd minute.

The Hoops pummelled the Hibs rearguard in search of the winner and Christie, Christopher Jullien, Scott Brown and Jonny Hayes all sent a variety of efforts sailing harmlessly over Chris Maxwell’s crossbar.

The match official glanced at his watch as the champions continued to surge forward. Was there time for a last-gasp goal? Was there an opportunity for a Celtic player to take centre stage and ensure the team would win three points for the eighth successive league encounter?

Substitute Bayo thought he could provide the answers. The striker, who scored his first goal for the club against Partick Thistle during the week, hoped he could replicate the feat as he demonstrated some neat touches on the ground. Deftly, the big man twisted and turned beyond a lunging Hibs defender and, mesmerisingly for a moment, there was an opening in the packed penalty box.

As Steven Whittaker tried to get in a block challenge, the frontman took aim and summoned up awesome power into one crucial moment of impact and thumped in a right-foot drive.

The hopes of Bayo and the Cetic support died as swiftly as they had come to life. The ball rocketed over the crossbar and the last chance was gone.

Another tale of what-might-have-been for the player and the team.

Both are guaranteed to have better days this season. 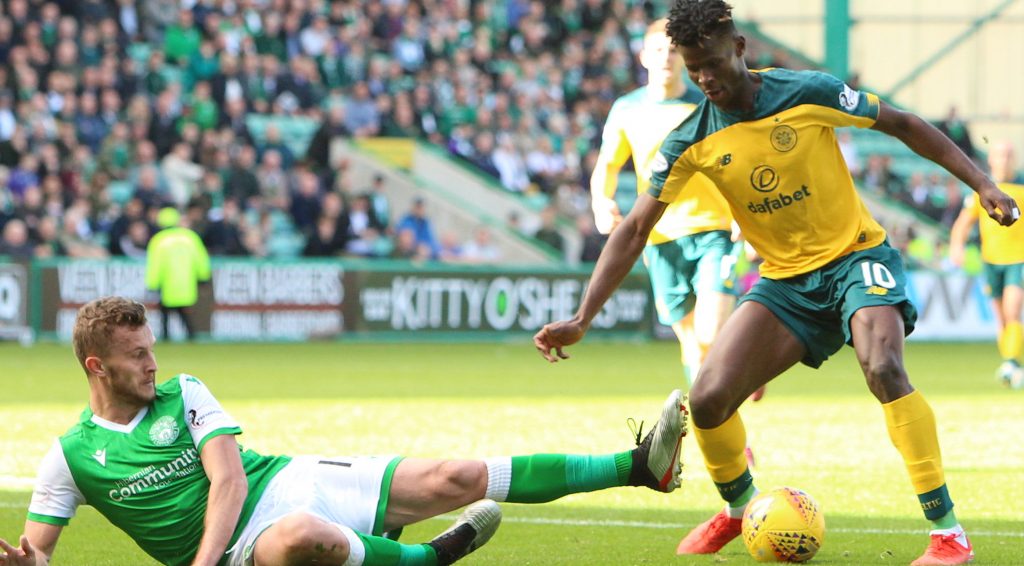 WALLOP…Bayo hammers the ball at goal. 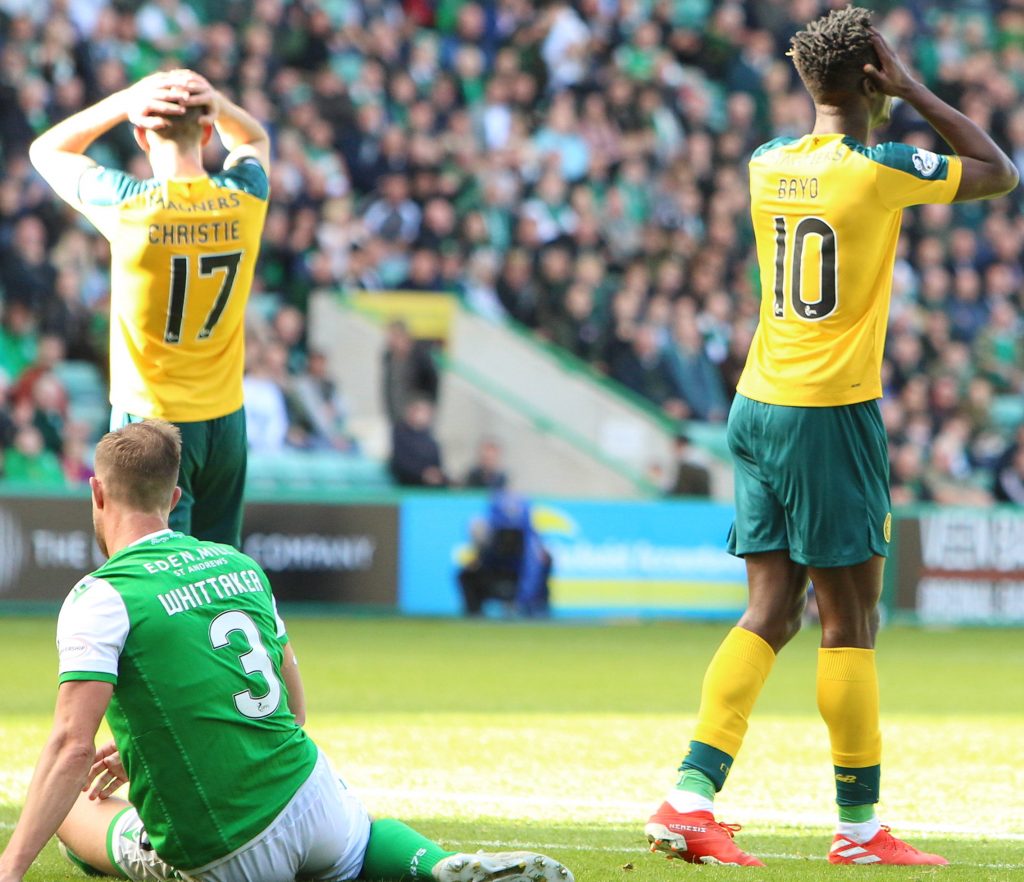 OVER AND OUT…Bayo and Ryan Christie hold their heads in agony while a relieved Steven Whittaker sits this one out.