Celtic Quick News on News Now
You are at:Home»Latest News»BOYATA SNUBBED
By CQN Magazine on 21st May 2019 Latest News

DEDRYCK BOYATA, who will quit Celtic on a free transfer for Hertha Berlin next week, has been snubbed by Belgium boss Roberto Martinez.

The 28-year-old centre-back, who played for his nation in last summer’s World Cup Finals in Russia, was overlooked for the forthcoming Euro 2020 qualifiers against Scotland in Brussels on June 11 and Kazkhstan three days earlier.

Boyata has not played since limping off with a hamstring injury in the champions’ 2-1 win over Steven Gerrard’s side on March 31.

He has missed eight successive games and, even if he had been fully fit, would have been highly unlikely to get a place in the squad for Saturday’s Scottish Cup Final against Hearts.

Boyata faced the Scots, then managed by Alex McLeish, at Hampden in September last year as the visitors eased to a 4-0 triumph.

Martinez has ruled against taking any risks with the player’s injury, but has included veteran Vincent Kompany in his pool for the forthcoming ties. 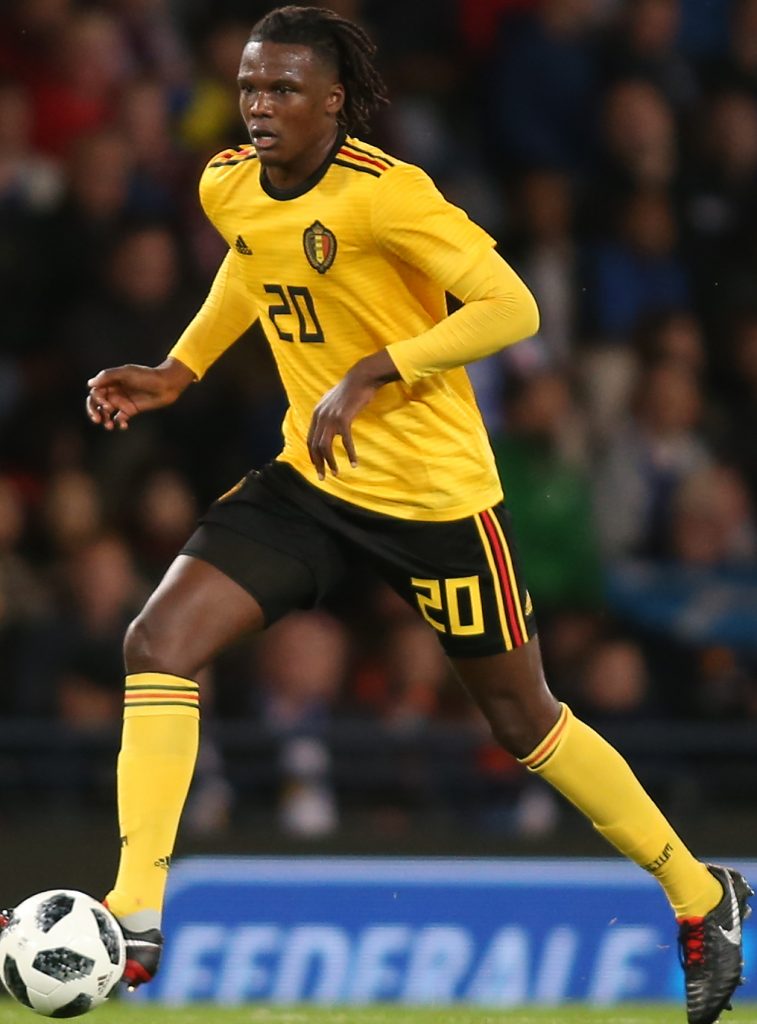 ON THE BALL…Dedryck Boyata strolls through the game against Scotland at Hampden last year.

The 33-year-old stopper has just announced he will quit Manchester City to take over as Anderlecht player/manager.

Martinez, who is just one of a succession of coaches linked with Celtic in recent months, told Sky Sports: “We are all delighted with the news of Kopmany in his new position.

“He has always shown the qualities needed to take into management and I have no doubt the next chapter will be a success for him. ”

The Belgians will be the second game for new Scotland gaffer Steve Clarke after yesterday’s appointment on a three-year contract.

The former Kilmarnock chief will kick off with a game against Cyprus at Hampden on June 8 and then travel to take on the group leaders.

The full squad is: