SCOTT BROWN is convinced Neil Lennon will get it right as he puts the Celtic jigsaw togther as the champions aim for nine-in-a-row.

The 33-year-old skippper reurned to pre-season training yesterday without any new faces at the club, but with reports the £3million signing of Motherwell midfielder David Turnbull should be completed later today.

Brown is not unduly worried about the lack of new arrivals and recalled events back in 2010 when Lennon began his first squad rebuild.

The Irishman, a rookie to management at the time, put together a formidable side which kick-started the current run of successive championships and the former Scotland captain is backing his gaffer and the club chiefs to get it right again.

Brown, speaking to the Daily Record, said: “There’s always loads of different plans and they will do a great job as they have done over the last 12 years I’ve been here.

“Whether they bring in David Turnbull or they don’t, they’ll have other people lined up and good players will come in.

“We’ve haven’t lost too many of the starting 11. You have got to look at it that way. We will freshen it up.

“It is about focusing on a smaller bunch of lads rather than 33 or 34, when it is always hard to keep everyone happy. 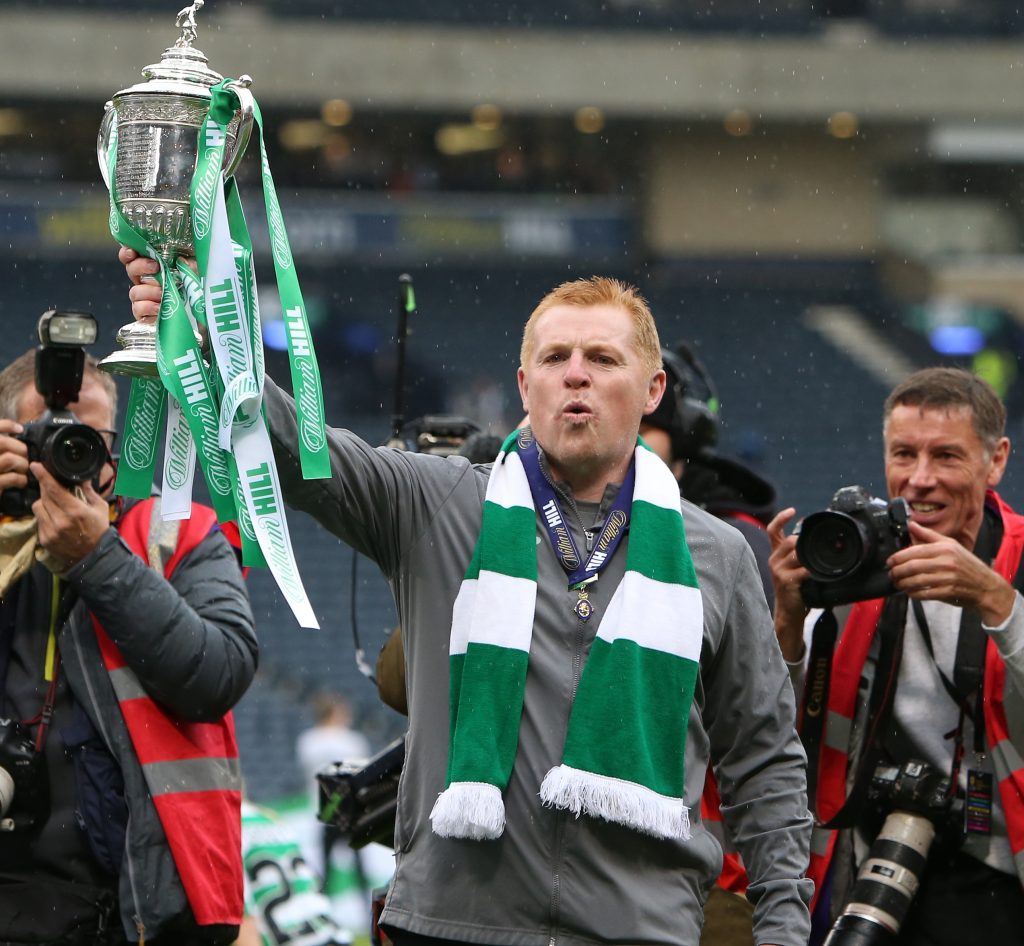 BACK IN THE PICTURE…Neil Lennon with the Scottish Cup last month.

“Sometimes a new manager comes in with totally fresh ideas and wants to change everything in two-and-a-half weeks.

“We’re away to Austria, play three games, then come back straight into qualifiers.

“There’s not a lot of time to change too much, but he knows what he needs to do, who he wants to bring in and I’m sure he’ll do that in time.

“He’ll make sure he’ll get the right players and not to dive in at the deep end.

“To be fair, he’s had a great eye for players in the past and I’m sure he’ll do the same again.”

Alongside Brown yesterday for the return to Lennoxtown was Leigh Griffiths, who didn’t kick a ball in 2019 due to personal issues. The striker completed a troubled term with only six goals.

“His goals and his left foot are different class and we’ve definitely missed that.” 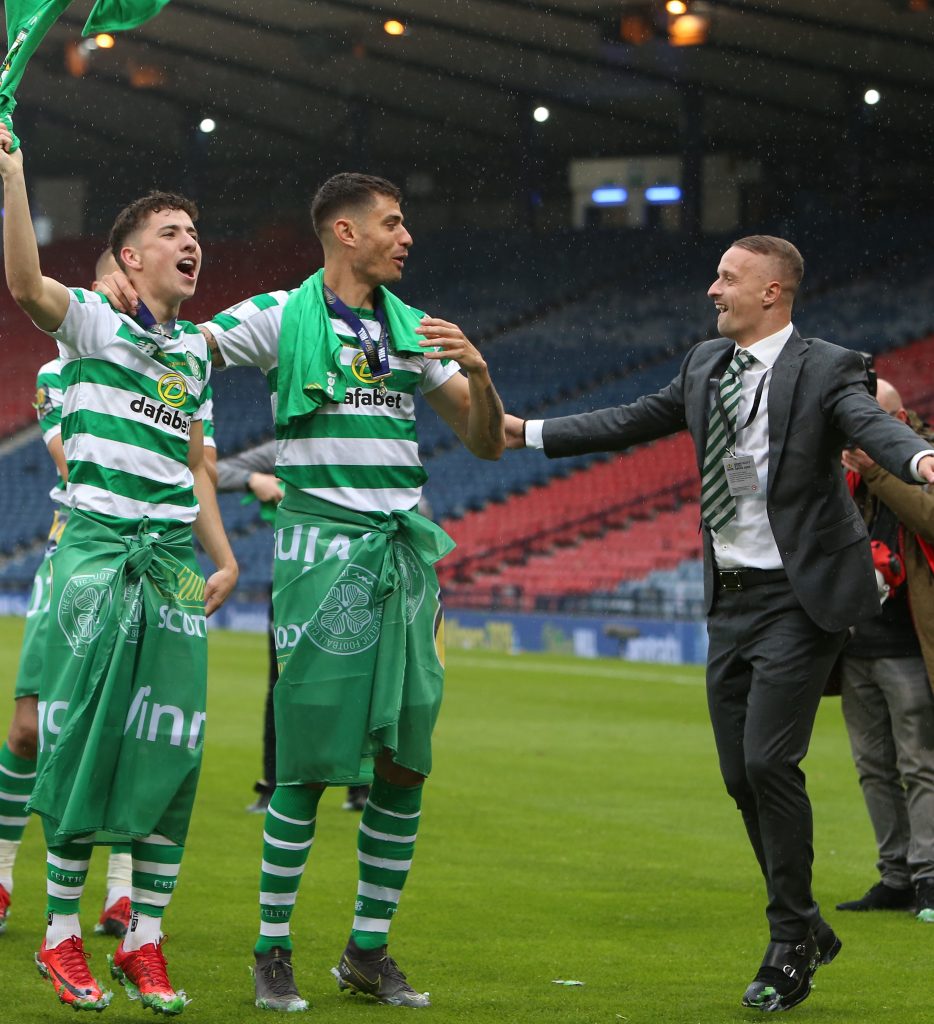 THE MISSING LINK…Leigh Griffiths joins in with Mikey Johnston and Nit Bitton after the Cup success.

Asked if Griffiths’ return was like having a new £5million signing, Brown answered: “I’ll tell you when he comes back!

“The wee man knows I love him and he knows I always want the best for him. He just has to make sure he works hard, just as hard as everybody else, to get back into the team.

“You never know, the boss might play two up. We tried that option with Odsonne [Edouard] and [Oliver] Burke and Burkey will be a miss, that pace he has to go in behind teams when they’re trying to press you.

“Leigh always wants to play on a defender’s shoulder so he can create chances. He’s a great finisher, everyone knows what he can do it’s just about how quickly we can get him back to that level.

“But the hard work has to start for the next three weeks now before the qualifiers for everyone to make sure everyone is fit and ready to go.”