Celtic Quick News on News Now
You are at:Home»Latest News»CELTIC GAFFER’S FAST TRACK TO SUCCESS
By CQN Magazine on 18th May 2018 Latest News

BRENDAN RODGERS is determined to lead Celtic to a historic double treble when they take on Motherwell in the Scottish Cup Final tomorrow.

The Hoops boss is also looking forward to the open-top bus parade through the east of Glasgow to Parkhead to celebrate the event tomorrow night.

But the Irishman admitted he does NOT want an action replay of his first experience of a procession during his days at Reading which he compared to the scene in the Mike Bassett movie after the fictional boss lifted silverware with Norwich.

The driver had taken a wrong turn down a one-way street that led him on to the motorway and much confusion for the bungling boss and his players. 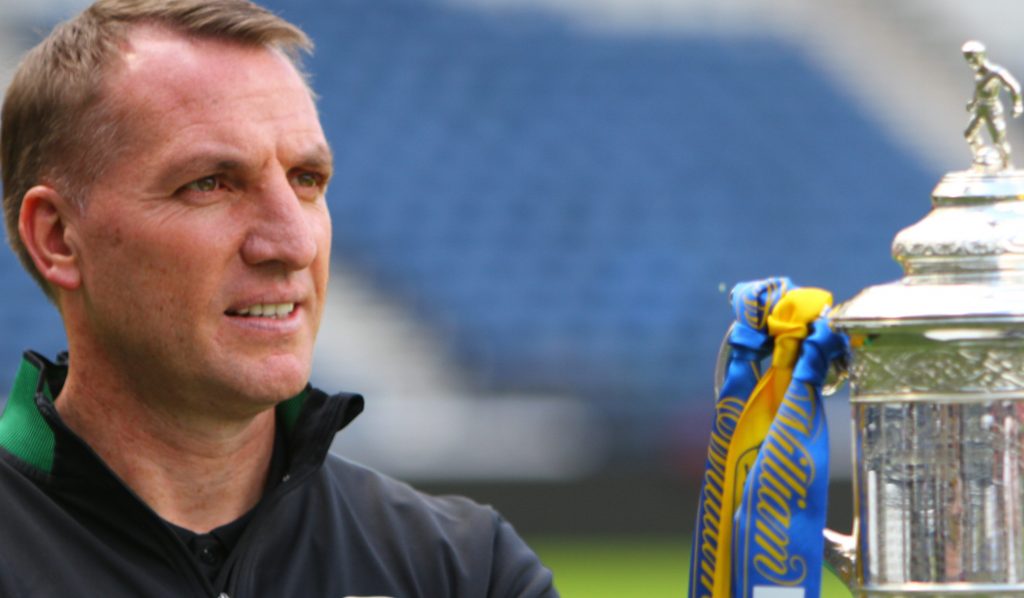 Rodgers was a youth coach at the Royals when they won promotion to the second tier in 2002. He recalled: “The bus was too far out. We met at Rivermead Leisure Centre in Reading and all the players and staff got on the bus, but all the fans were in the city centre so we were going about 40mph down the dual carriageway!

“I was thinking: ‘I need to hold on here’. It was a bit like Mike Bassett. And then we turned passed the Hexagon and all the supporters were there.

“I was a young coach at Reading and we’d gone from League One into the Championship. It wasn’t when I managed there – they were shouting me out when I was manager!

“That was the first experience of it, then at Chelsea there were a few good experiences, like the first year we won the title and at Swansea when we won promotion. It’s a lovely feeling for fans and players.”

Celtic fans have been denied the chance of an open-top bus celebration over the years, but the Hoops have the thumbs-up this time and it will take place from Dalmarnock to Parkhead at 6.15pm tomorrow night unless the game goes to extra-time.

Rodgers added: “They are great memories and it would be fantastic for the players and fans, but we need to win it first. There is nothing presumptuous, the arrangements are in place for safety reasons so fans of whichever clubs wins knows what’s planned.

“The police dictated when the open-top bus could be done or not and both clubs agreed what would be best.

“There was a possibility last season after we won the treble, but you had the bombings in Manchester and it had to be cancelled on safety grounds.”