OLIVIER NTCHAM has revealed he has gone into overtime in his bid to be a hit with Celtic.

The Frenchman arrived in a £4.5million deal from Manchester City in the summer, but failed to become an immediate hit at the Hoops.

However, Ntcham has now forced his way into Brendan Rodgers’ first team in recent months and has been a key player alongside skipper Scott Brown.

The Under-21 international has drafted in childhood mentor Reda Bekhti to help him to settle in after his two-year loan period in Seria A with Genoa.

He said: “I am training more because I have a second coach from Paris called Reda who comes over to help me. That has allowed me to adapt to the Scottish game.

“In Italy, I was only playing one game a week, but here we were playing three. It was a big change for me and the club were supportive of me bringing him in.

“He comes over to Glasgow two or three times a month to work with me. He works on my position and my use of the ball in games as well as my game understanding. 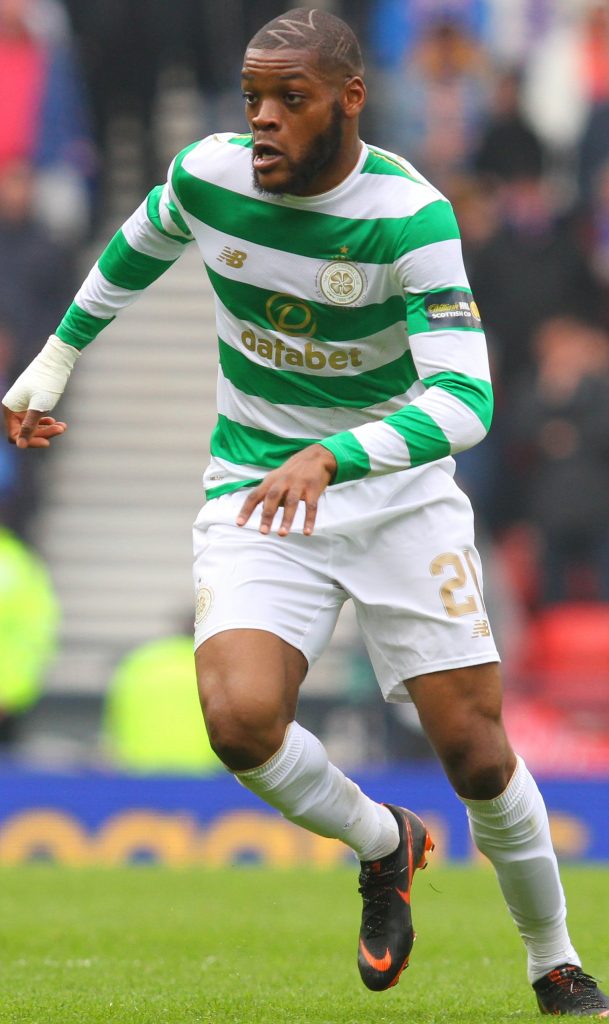 “I have known him since I was only 13 as he was my coach back in Paris so I trust him to be able to help me.

“We have kept in touch over the years and is always there to help me. He gives me a lot of confidence.

“He watches all my matches and he tries to pass on advice. He can see what aspects of my game I have to improve on.”

The 22-year-old enforcer added: “The boss said to me: ‘You are not going to play every game this season because you have to be careful with yourself’.

“If I had played every game and got injured that would have been bad for me.

“Was it a difficult time for me? Yes and no because I understand it was for me.

“I wasn’t worried, but I was thinking a lot about this. You want to play every game even if you know you can’t always play every game. You have to be patient. And you have to understand that.

“I had been in Italy, France and England. Scotland is like England – it’s about the commitment, the way you play, everyone can understand whether you are a lazy player.

”I have enjoyed my time a lot here because we have already won trophies and this season I have played a lot of games.