The Northern Ireland Under-21 international spent last season at Alloa and scored three goals in 38 appearances, featuring a winner against Hibs and one stunner at Ibrox to give his relegated side a 1-1 draw at the end of the campaign.

Duffy also made the news by refusing to applaud The Rangers onto the Ibrox pitch after the 4 year old club secured the second tier league title at the second time of asking. 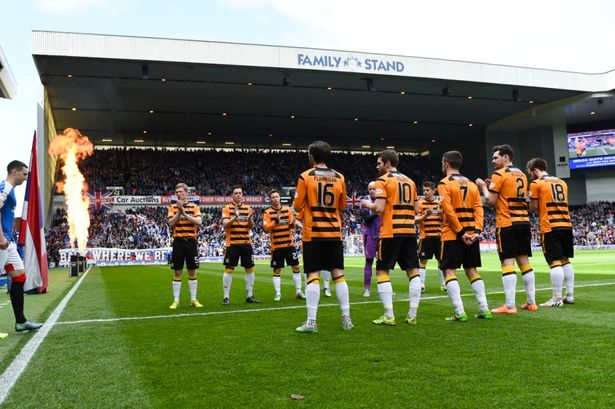 Duffy joined the Hoops in a £100,000 deal from Derry City in January last year. He broke into the Irish outfit’s first team at the age of 18 and scored 13 goals in his first term.

He will go straight into the Dens Park squad for the pre-season friendly on Friday against his former Recreation Park team-mates.
Dundee boss Paul Hartley, the former Hoops midfielder, said: “We are delighted to add another attacking option.
“Michael impressed during his spell with Alloa and we look forward welcoming him into the squad.”
——————
ONCE UPON A TIME IN THE KINGDOM OF GOVANIA
Let’s all laugh at Rangers, let’s all laugh at Sevco…the story of the two Ibrox clubs told brilliantly by CQN poster Mea Culpa and illustrated by Cartuja. This is a fantasy story book for grown-ups and is the funniest thing you will read all year!
Once Upon a Time in the KINGdom of Govania is an Escape Goat Production for Celtic Quick News and Internet Bampots.
Available to order now exclusively from www.cqnbookstore.com – copies arrive this Friday! If you’re going on holiday soon take this to read on the beach…