FORMER Celtic boss Martin O’Neill has told Neil Lennon’s players to remain positive and get their focus back to turn around their season.

The ex-Hoops gaffer, who had five years in the Parkhead dug-out after arriving in the summer of 2000 and winning the treble in his debut campaign, insists the historic tenth successive title is there to be won.

Neil Lennon, the player he bought from Leicester City for £6million in December of his first year, is feeling the heat in his second stint as boss at the club.

The champions have slumped 11 points behind Steven Gerrard’s Ibrox side, but they still have two crucial games in hand.

O’Neill, speaking to the Daily Record, said defiantly: “Can Celtic get it back? Absolutely they can get it back.

“Covid issues have been huge. Boli Bolingoli taking himself off for a jaunt to Spain put Celtic in bother because those games in hand aren’t a problem until your rivals are picking up a bit of momentum and then, all of a sudden, there is a bit of psychology at play. 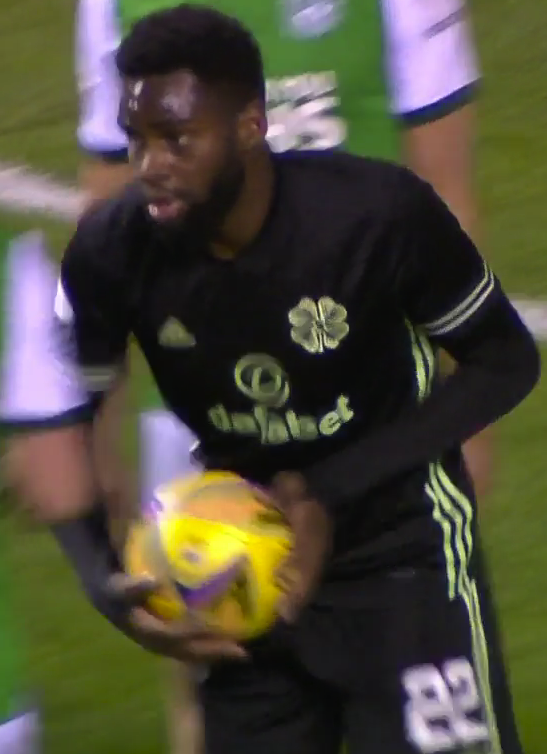 GAME ON…a determined Odsonne Edouard claims the ball after scoring the first goal against Hibs at the weekend.

“Right now they need to forget about all of that. Stop looking at what Rangers are doing and where Rangers are. You get the head down and you focus and you make sure everyone around you is focused.

“This is total concentration now.”

O’Neill added: “We have all heard the gossip about this player and that player wanting to go wherever.

“Well, they are Celtic players and right now they are in a fight for the title.

“On paper, they are the better squad, the experienced squad who have done it before, but titles are not won on a bit of paper. They need to come together and starting to prove it out on the pitch.

“They were 2-0 down against Hibs before they started playing, but to get it back suggests there is still a bit of heart and a bit of fight about a team that for so long has looked to have so much camaraderie about it.

“They need to take the positive from that and simply get the head down and start winning games.

“The league is not over. Not by a long shot.”

O’Neill claimed only the third clean sweep in the club’s history as detailed in the ‘Celtic: Treble Treble publication’. 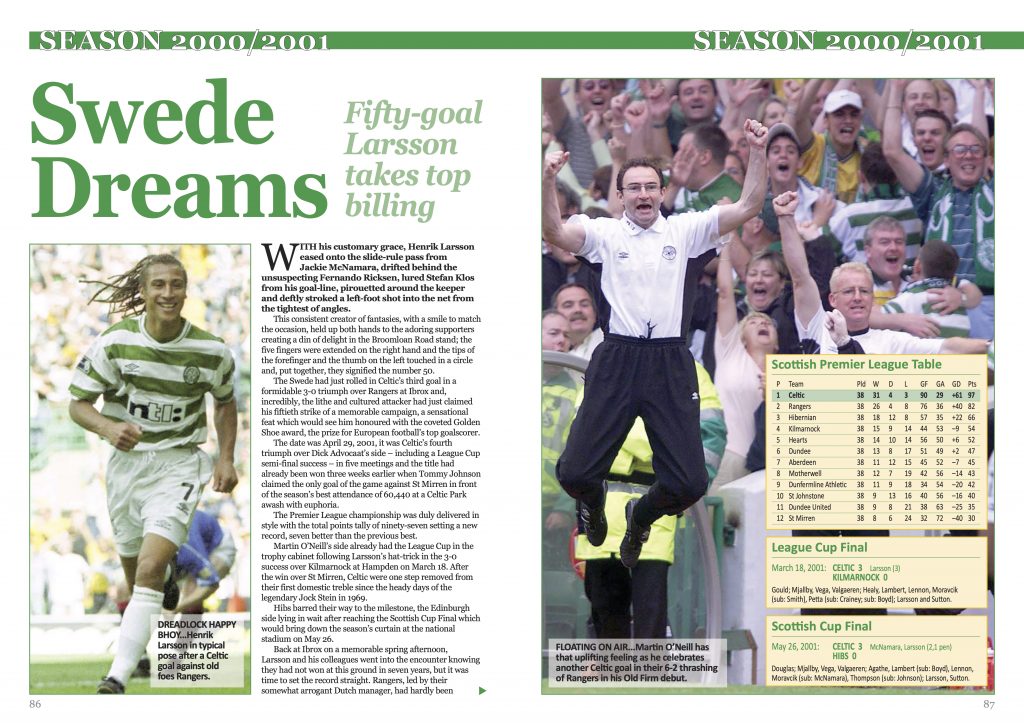 He took over following the disastrous John Barnes/Kenny Dalglish regime where Celtic suffered one of the most embarrassing results in their history when they were knocked out of the Scottish Cup by Highland minnows Inverness Caley Thistle in Glasgow.

O’Neill swept to power and won the league by 15 points from Rangers, thumped Kilmarnock 3-0 in the League Cup Final in which Henrik Larsson netted a memorable hat-trick and brought the curtain down on a spectacular campaign with a 3-0 success over Hibs in the Scottish Cup silverware showdwon when the super Swede claimed two after Jackie McNamara had opened the scoring.

The Irishman followed the legendary Jock Stein who had guided the Hoops to their other clean sweeps in 1966/67 and 1968/69.

Lennon has the opportunity to win a truly phenomenal quadruple treble when the holders face Hearts in the delayed Scottish Cup Final at Hampden on December 20.