THE Celtic goalkeeping situation is the No.1 problem that needs to be urgently put right in the summer.

That’s the view of former Hoops central defender Charlie Mulgrew, who – like just about everyone else – has been unconvinced with £4.5million recruit Vasilis Barkas and the other netminders, Scott Bain and Conor Hazard, in a disastrous season for the Parkhead club.

The one-time Scotland international, who is now playing at Fleetwood, believes his old team have paid a heavy price for not persuading Fraser Forster to stick around for the 10-in-a-row quest.

Mulgrew was at Parkhead in the summer of 2010 when Walter Smith’s Ibrox side had just claimed their second successive championship.

Fans’ favourite Artur Boruc had left to join Fiorentina and his fellow-Pole Lukasz Zaluska had taken his place, but failed to impress. 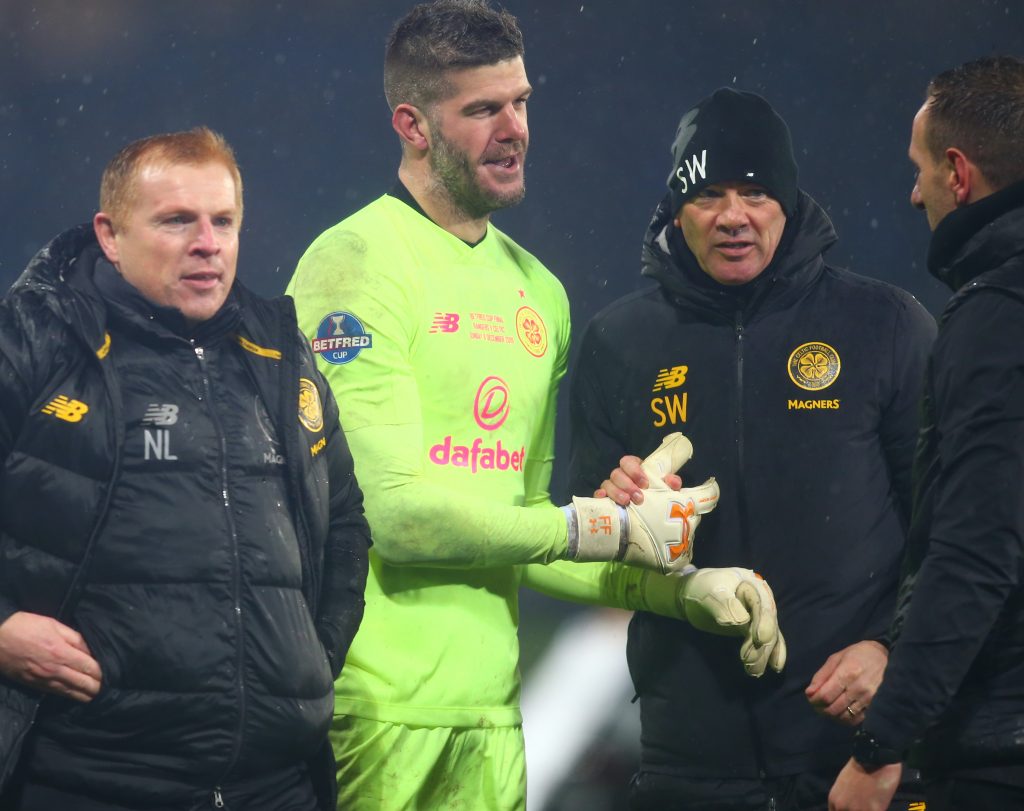 HAIL THE HERO…Fraser Forster is congratulated by Neil Lennon, Steve Woods and John Kennedy after his Man-of-the-Match display in the Betfred League Cup Final triumph at Hampden on December 8, 2019. 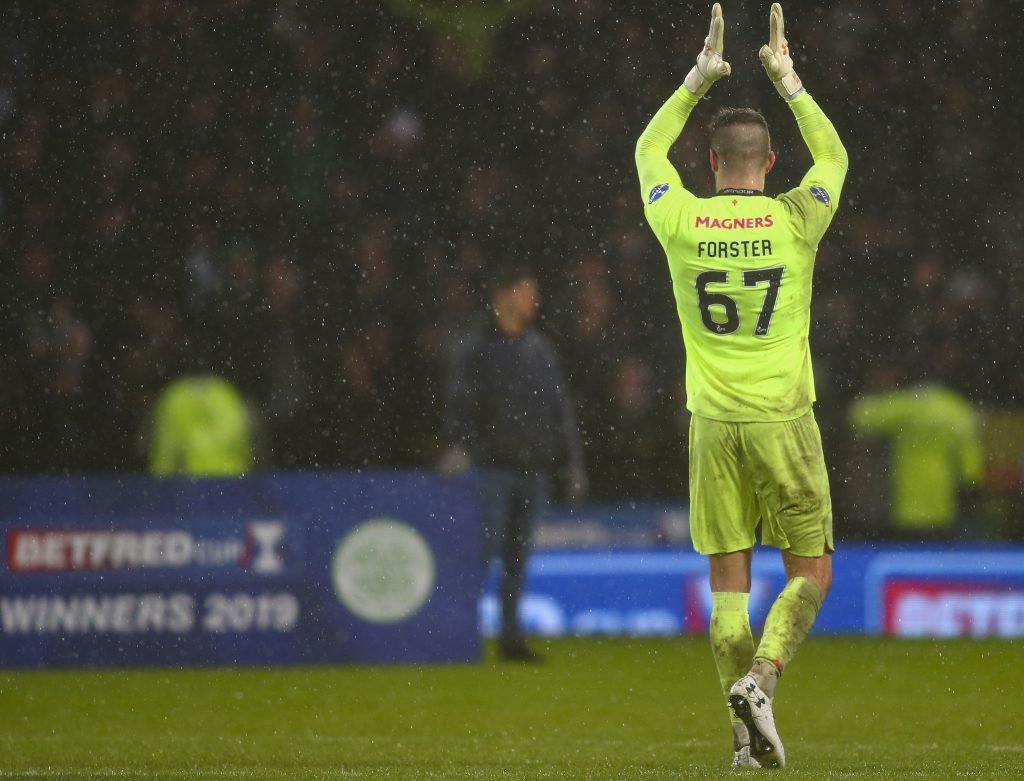 Mulgrew insisted: “Goalkeeper is definitely an area Celtic need to improve on.

“The club’s had so many good goalies in the past. Whenever Celtic have been successful, they’ve always had a right good keeper. It has been the same with Rangers, as well.

“In my time at Celtic, firstly it was Boruc, then big Fraser and then Craig Gordon came in and was unreal.

“When Fraser came in at first, I didn’t know instantly he’d make a massive difference. But he just improved at Celtic with every passing week. I was just hoping that he would be as good as Boruc, who had just left, and he was.

“He was brilliant. At the end I probably took for granted just how good Forster was for us.

“Fraser came as a young keeper, a tall, slim guy. But he battered the gym, worked hard every day and had a great attitude. He wanted to improve. 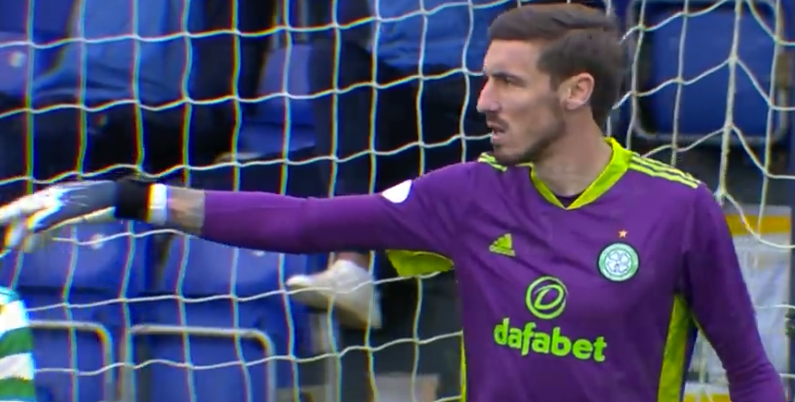 “When I look back at us winning the league in 2012, he was a massive part of it.

“I probably only appreciate now how important he was for us. As a centre-back, you just knew he’d be there behind you to make saves.

“He got a bit of stick initially, but he was stronger for it. He grew into the Celtic shirt and became a right good goalie for the club. When he came back again, he was even better.”

Mulgrew, speaking to the Sunday Mail, added: “It was unfortunate when Craig left last summer. Celtic brought in Barkas and it just hasn’t worked out for him.

“So, it’s definitely something Celtic need to address. And I’m sure whoever the new manager is, he’ll look to do that.

“You need to have an established goalkeeper as your No.1. They have to make the jersey their own with performances.

“This season, it’s been so up and down with keepers and how they’ve played.”