LEGENDARY goalscorer John ‘Yogi’ Hughes insists the Celtic players should have been able to withstand the pressures of going for the Ten.

There is a belief in some quarters the Hoops stars collapsed under the burden of attempting to make history by taking their sequence of successive titles going into double figures.

The bid went horribly off the rails even before the turn of the year in a catastrophic campaign for the Parkhead club that saw them crash out of three competitions – the Champions League, Europa League and the Betfred League Cup – before December kicked in.

In a results-driven business, Neil Lennon departed the club last month two days after the unacceptable 1-0 loss to relegation-threatened Ross County in Dingwall.

Hughes, the seventh-highest goalscorer in Celtic history, spoke to author Alex Gordon in another CQN EXCLUSIVE.

The 77-year-old former Hoops and Scotland international powerhouse said: “I am a Celtic fan as well as being a former player and I can tell you this season has hurt. It’s been extremely painful to see the club squander the opportunity to take their place in folklore.

“It was all set up and it looked as though only a disaster could prevent the team from reaching their phenomenal target.

“Unfortunately, that’s exactly what happened. It must be said here and now it was of the team’s own making. You cannot point the finger at anyone else. The Celtic players should have coped with the strain.

“If you are a Celtic player, you must expect pressure and deal with it in every single game. That’s why you are playing your football at Parkhead.

“They went into the campaign missing only one player from the previous term – Fraser Forster. But what an enormous omission he turned out to be.

“The goalkeeper’s position was one that dogged the club throughout the season. We didn’t know too much about Vasilas Barkas who arrived in the summer for £4.5million from AEK Athens. He informed us he wanted to show he was one of the best in the world when he agreed a four-year deal.

“Alas, it just didn’t work out for him. I am still waiting for him to make a save of any note.

“Hindsight is a wonderful thing, but there was a double backfire for my old club in the last line of defence department. They must have thought Forster was coming back on loan for another year to see us through to ten. 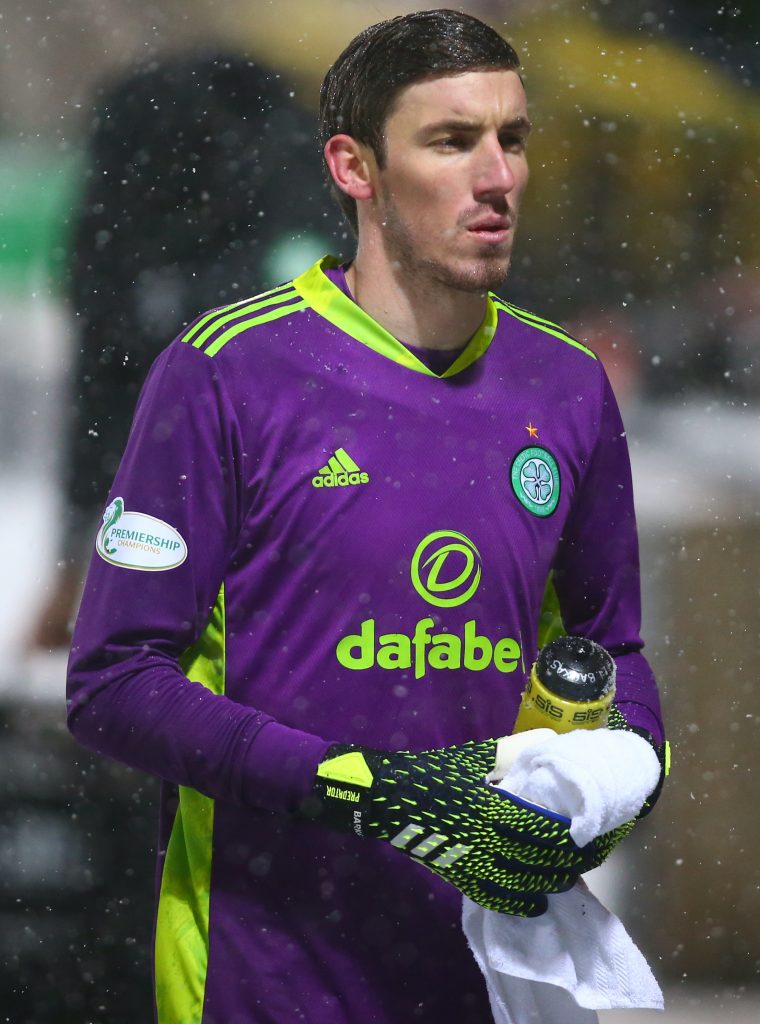 GREEK TRAGEDY…Vasilis Barkas has failed to convince since his £4.5million arrival.

“Otherwise, surely, they would never have allowed Craig Gordon to leave at the end of his contract.

“Listen, Gordon may have played in the shadow of Forster, but that was no disgrace. The Englishman was probably the club’s most consistent performer throughout the season and his performance against the Ibrox side in the Betfred League Cup Final victory was one of the best I have ever witnessed from a Celtic goalie.

“And, remember, I played in the same team as a certain Ronnie Simpson.

“So, it was a double whammy when Forster decided to remain at Southampton where, according to informed reports, he is picking up £92,000-per-week. That is too rich for Celtic’s blood.

“Gordon rejected an extension offer and decided, instead, to rejoin Hearts in the Championship. Let’s face it, he is a superior goalkeeper to anyone at Celtic this season and I mean no disrespect to Barkas, Scott Bain and Conor Hazard when I say that.

“The Celts were missing one piece of the jigsaw, but it turned out to be a massive hole in their team.”

Hughes, who played in five games – including the 3-1 win over Dukla Prague in the vital semi-final first leg – on the way to Celtic claiming the European Cup in Lisbon on May 25 1967, added: “Up front, Odsonne Edouard just did not produce in the crucial first half of the season when you have to lay foundations. The big guy who skipped across the pitch the previous year and was banging them in for fun looked sluggish this time around. Shots were going all over the place.

“His goal ratio was what you might expect from a journeyman forward.

“He started well enough when he rolled in a hat-trick in the 5-1 victory over Hamilton Accies at Parkhead on Flag Day at the start of August.

“It is inexplicable that he then went all the way to December 30 before he scored another league goal from open play when he netted in the 3-0 win over Dundee United. His other three goals to take him onto a meagre seven after four months of the campaign came from the penalty spot. He even managed to miss a spot-kick against St Mirren.

“Edouard gave the impression of being disinterested in a few games. I realise he does have that sort of languid style of play and you don’t expect him to throw himself about or get his sleeves rolled up.

“In my day, we had Stevie Chalmers, Bobby Lennox, Willie Wallace and Joe McBride – and yours truly, of course – who were prepared to go into the midst of flying boots in our efforts to score goals for the club.

“That’s just not Edouard’s style. When he is off form, as he was for a huge chunk of the opening half of the term, he is almost invisible. He’s picked up now, but it is far too late.

“Yes, I know he is a young man and he was involved in a Covid health scare when he was with the French Under-21 squad back in October, unfortunately just before the first game against Steven Gerrard’s side.

“Ryan Christie was also ruled out of that match while Christopher Jullien and James Forrest were injured. Four important players were on the sidelines for that encounter and I am willing to bet all four would have played that afternoon.

“I am not making excuses for my old club, but that turned out to be a pivotal defeat for Neil lennon’s side.”