Celtic Quick News on News Now
You are at:Home»Latest News»FIRED UP: ‘WE JUST NEED TO BE MORE RUTHLESS,’ ADMITS CALMAC
By CQN Magazine on 24th December 2021 Latest News

CELTIC skipper Callum McGregor has admitted the team must be more ruthless if they are to maintain their progress under Ange Postecoglou.

Without the obvious threat of 16-goal Kyogo Furuhashi and the flair of Filipe Jota, the Hoops squandered two precious points in the frustrating goalless draw with Covid-ravaged St Mirren in Paisley in midweek.

The visitors had a remarkable EIGHTY PER CENT of possession, but failed for the fourth time this campaign to stick the ball in the opposition’s net in a Premiership encounter.

They couldn’t claim a solitary strike at Ibrox in August which was followed by a double blank against Livingston in West Lothian and the east end of Glasgow and Jim Goodwin’s team added to that miserable record. Ten points have been missed in that sorry sequence and will have a massive bearing at the end of the campaign when the destination of the title is determined. 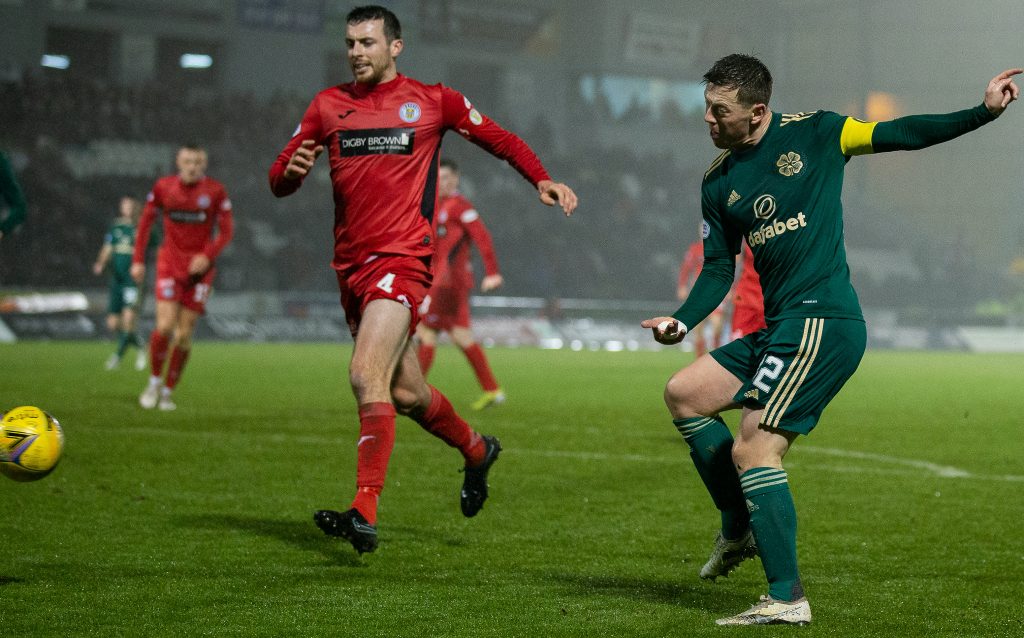 OFF TARGET…Callum McGregor flashes in a left-foot drive that swept wide of the St Mirren far post.

Winger Liel Abada was utilised as a makeshift attack-leader, but, despite TEN shots on target, the Parkhead men could not invite keeper Dean Lyness to retrieve the ball from the back of his net even once.

McGregor said: “It was really frustrating. We had enough opportunities, balls flashed across the face of goal, enough chances in general to win the game.

“It’s a little bit like where we’ve been at recently. We’ve managed to just get over the line in certain games.

“We just need to be more ruthless, When these chances come we need to take them. 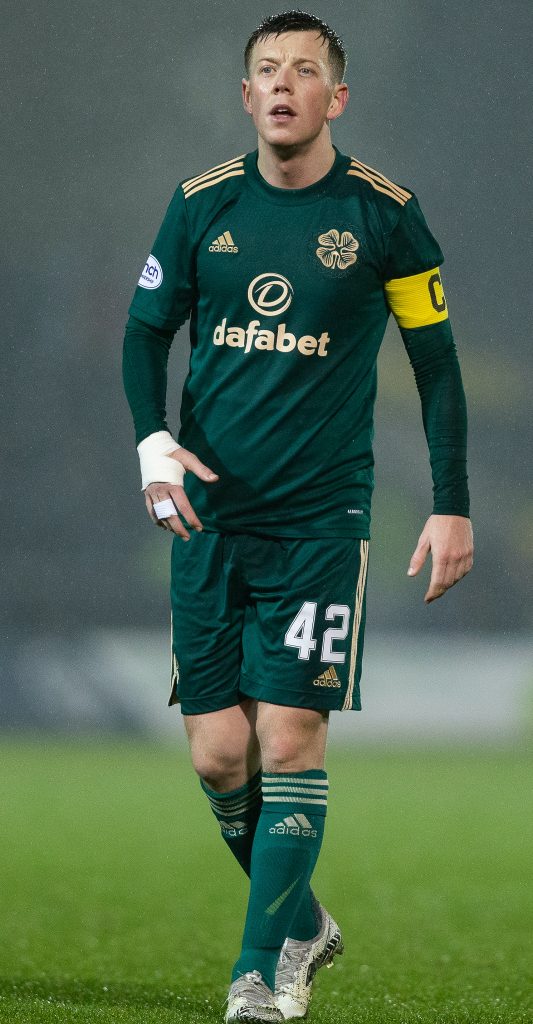 “You look at all the ball we have, we have been dominating games for a long time now and creating so many chances. We need to take them, as well.

“We’ve spoken about it internally. We shouldn’t need ten chances to win a game.

“One or two should be enough. The way teams are setting up against us now, it’a more than likely we’re going to need to get one or two to score and get your points.

“It’s something to work on in training.”

The influential Hoops onfield leader picked up his first honour as skipper of the side when Kyogo struck twice in typical lightning-swift fashion to overcome stubborn Hibs in the Premier Sports League Cup Final at Hampden on Sunday.

Now Postecoglou’s side are aiming to go into the rescheduled winter break by taking maximum points from struggling St Johnstone in Perth on Boxing Day before the league restarts with a home match against Hibs on January 17.

The Greek-Australian gaffer has insisted he will raid the transfer market next month to strengthen his squad that has been hammered in recent months with injury and David Turnbull’s midfield qualities were also missed against St Mirren. 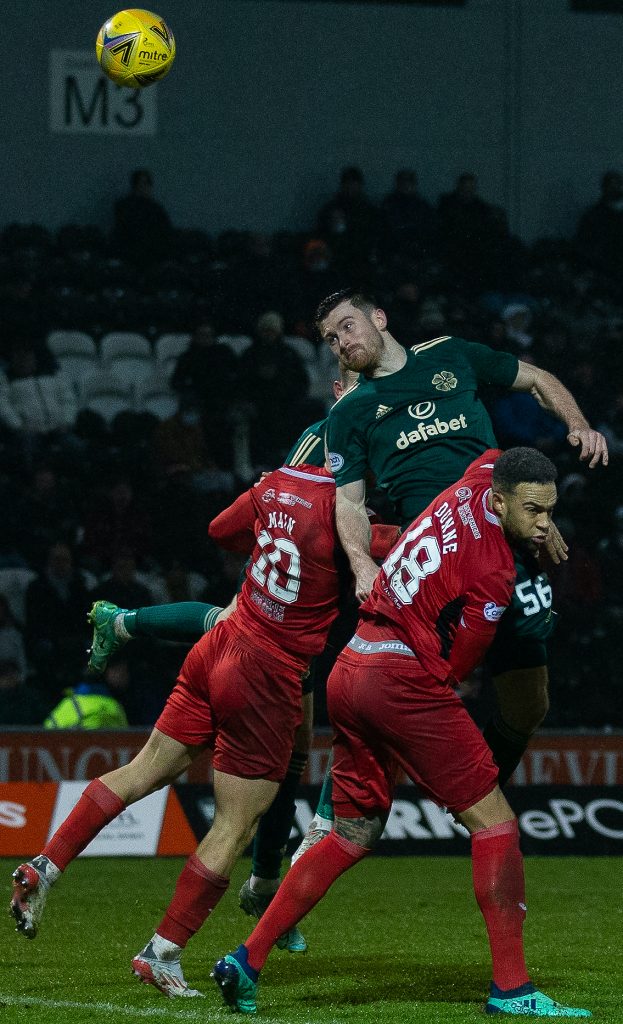 HEADING FOR A FALL…Anthony Ralston rises above the St Mirren defence, but his effort was held by St Mirren keeper Dean Lyness.

McGregor, speaking to the Daily Record, added: “There’s no bones about it, we are struggling for bodies. We are not a team that wants to go down the road of making excuses.

“When someone gets injured, it’s an opportunity for other players. That’s the way we have to look at it.

“Losing quality players does affect you and what you are trying to do. But we don’t want to go down the road of making excuses.

“Do we want to go in to the break on a high? Absolutely.

“We’ll dust ourselves down. It was obviously a disappointing result, but, psychologically, it doesn’t change anything too much.

“We still want to go out on a high and then we know how important the games are when we start back.

“We want to rectify the other night.”