The Australian international playmaker has gone from being a key component in past seasons to a bit-part performer.

The gifted, often-unpredictable midfielder started only 10 games last time around and claimed a mere three goals.

However, former Hoops goal hero Chris Sutton has told his old team-mate Lennon not to hesitate in giving the nod to the club’s forgotten Bhoy in the crucial confrontation against Derek McInnes’ Dons outfit.

The nine-in-a-row champions travel to the north east on the back of two successive defeats from Steven Gerrard’s Ibrox side a week ago today and AC Milan on Thursday night, both losses at Parkhead.

Lennon has to stop the rot against the Dons and Rogic, who came on for struggling skipper Scott Brown in the 64th minute of the Europa League Group H setback against the Serie A pacesetters, has a role to play. 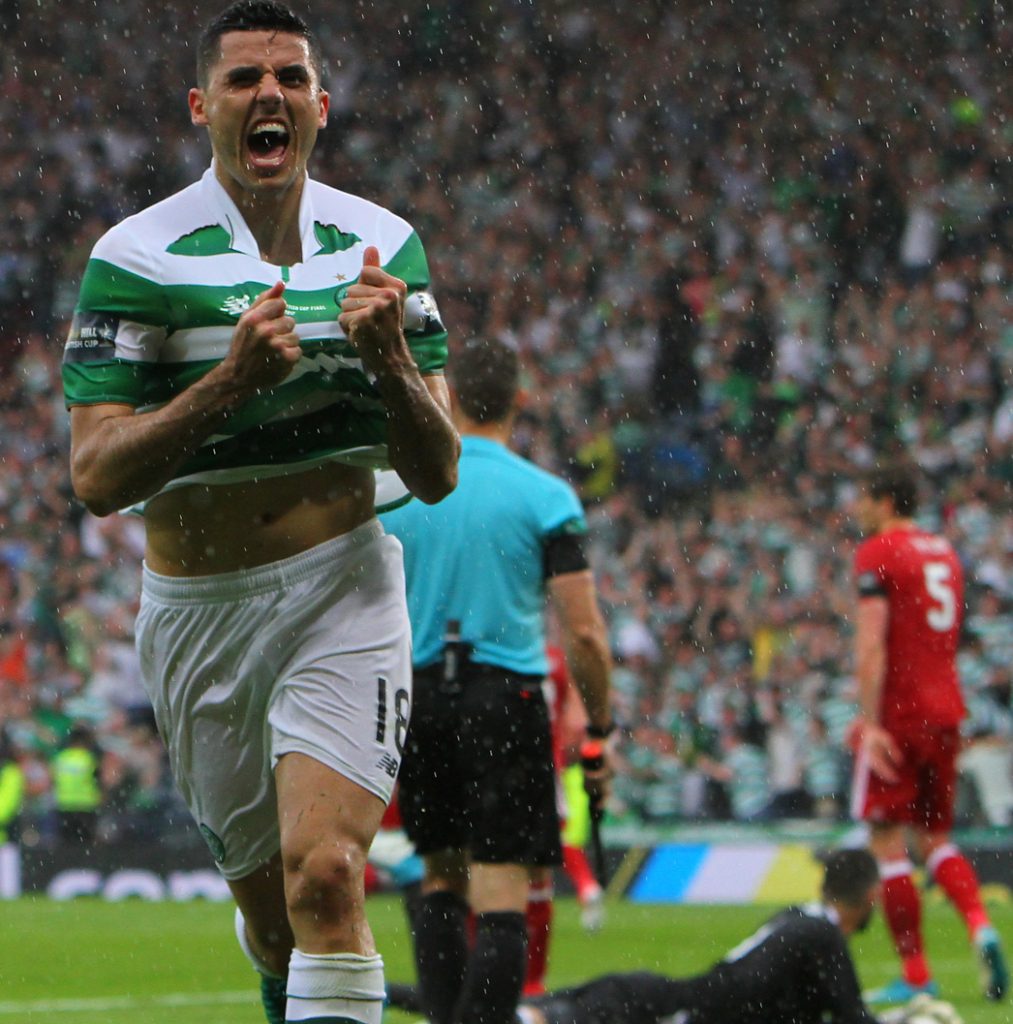 Sutton, speaking to the Daily Record, said: “There are several talking points to get stuck into following Celtic’s 3-1 loss to AC Milan.

“However, even though it may not have been top of most people’s agenda, the one which stood out for me was the cameo from Tom Rogic.

“Let’s be honest, we all thought his days at the club were numbered.

“He’s barely been fit and he’s barely started a game for Lennon in the past year and his inactivity left the door open to a move in the summer which places such as Qatar eyed as an option.

“Rogic, though, still has something none of his team-mates has. Something that has been sadly lacking at times this term. Craft. Guile. An ability to do something out of the ordinary and special.

“The Antipodean gave me signs against Milan that he’s not a busted Parkhead flush.

“It was only a short appearance from the bench as he took the place of Scott Brown to give more creativity and that’s what he did. Some of the touches, the positions he took up, the ability.

GETTING TO GRIPS…Tom Rogic in a tussle with Aberdeen’s Dom Ball.

“It’s no secret I’m a fan of his. At one stage during the Brendan Rodgers era, he was a go-to man for big games. You don’t just lose it. Rogic has still got it in there and now would be a mightily important time to produce it.

“If I were Neil, I’d be starting him at Aberdeen tomorrow. He’s got the ability to carve Aberdeen apart.

“Even if you can only get an hour of him, he could have won you the game by then with some magic.”

Sutton, who was Martin O’Neill’s first signing for the club when he arrived in a £6million switch from Chelsea in the summer of 2000, added: “It’s not an argument that Neil has lost players in unfortunate circumstances.

“Injuries to James Forrest and Christopher Jullien haven’t helped in terms of setting the team shape up, but he’s still got plenty if they produce.

“Albian Ajeti, Leigh Griffiths, Ryan Christie and Mohamed Elyounoussi are all good enough to defeat Aberdeen. And so is Rogic.

“The Aussie has previous against the Dons and I genuinely feel this is an opportunity for him to go back into the firing line and recover his reputation as one of Celtic’s main men.”