The Scotland Under-21 international midfielder joined Celtic in a £2.25million switch from Fir Park in the summer and, following a flase start, is now a first pick for Neil Lennon.

Turnbull was in the thick of things again in the champions’ 2-1 win over the Fir Park side and set up the opening goal inside two minutes with another excellent set-play delivery from a right-wing corner-kick that was bulleted into the net by Stephen Welsh for his first goal for the Hoops.

Both youngsters were later praised by their delighted manager and are likely to go straight into action again in Wednesday’s Premiership encounter against St Mirren in Paisley.

Turnbull and his midfield rival Campbell progressed through the youth ranks from the age of nine and the Well battler insisted his friend’s development should inspire the next generation coming through at Fir Park.

Asked about coming face-to-face with his old pal, the Motherwell competitor answered: “It was obviously a bit strange, but when you get out on the park, we aren’t friends because we are rivals. I spoke to him after the game and I wished him all the best. 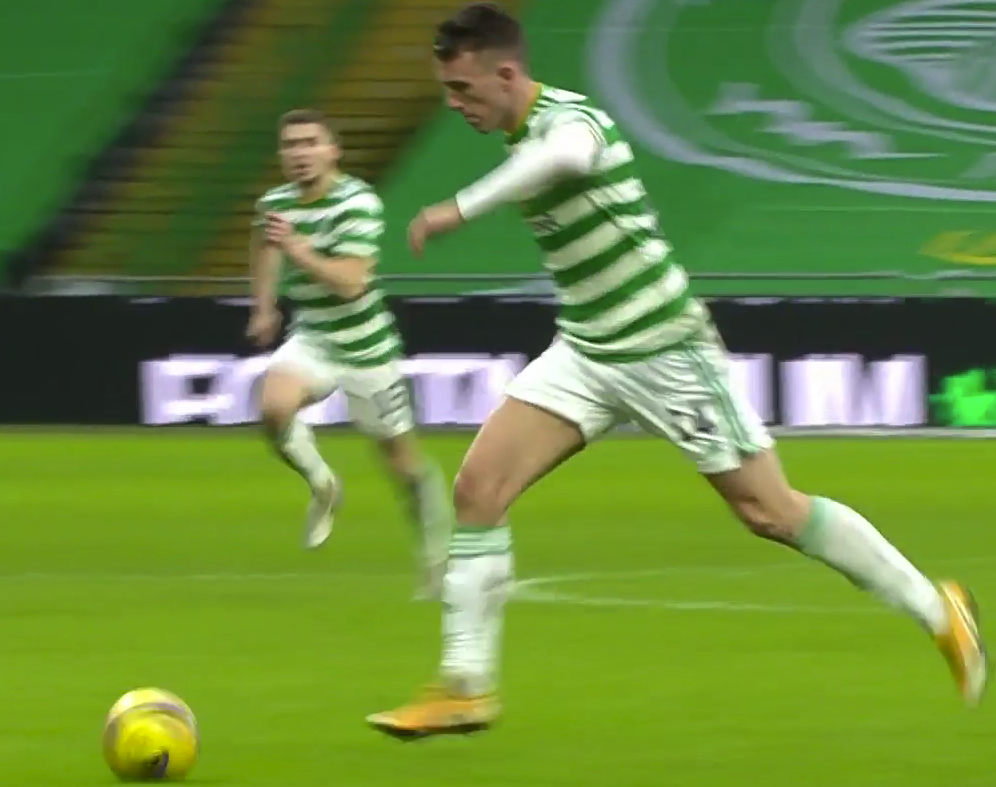 “We chatted a little bit in the build-up to the game and I gave him a wee bit, but we’ve a lot of respect for each other.

“He’s a top player and a real hard worker. He’s a great example for all the young players coming through at Motherwell and shows how far you can go.”

With Celtic leading 2-0 after Odsonne Edouard had added to Welsh’s header, Turnbull threatened his former club on a few occasions and was denied a goal by a flying save from Liam Kelly in the second-half.

Campbell had better luck in the 66th minute with a drive from the edge of the box that flicked off Welsh and took a wicked deflection as it looped high over the head of the stranded Scott Bain on its way into the net.

The Well player was naturally delighted and, speaking to the Daily Record, added: “I’ve said to myself, and the manager, that I need to get more shots away. If you don’t shoot then you can’t score, so, thankfully, I managed to do that and it went in.

“I always try to work at my game and be critical of myself and scoring goals is an area where I can improve. Hopefully, I can add more goals in the future.”