Celtic Quick News on News Now
You are at:Home»Latest News»HERO ON WAY BACK
By CQN Magazine on 22nd August 2019 Latest News

FRASER FORSTER is poised for a dramatic loan return to Celtic – five years after quitting the club in a £10million deal for Southampton.

Only last week Neil Lennon admitted he had two good keepers in Craig Gordon and Scott Bain fighting for the gloves at the club – while former Hoops No.1 Rab Douglas urged his old team to go for the six times-capped England international, as CQN reported.

Forster, who has dropped to third in the pecking order at the south coast outfit behind Angus Gunn and Alex McCarthy, will sign today after the preliminary of a medical.

The 6ft 7in shotstopper was linked with a comeback to Parkhead after Scott Bain suffered a dislocated thumb in the 4-3 defeat against Cluj leaving the Irishman with only Craig Gordon as an established top choice.

Forster became a firm favourite with the fans and earned himself the nickname ‘The Wall’ from Barcelona players after Champions League performances against the Spanish giants, including a solid display in the 2-1 victory over Messi and Co in Glasgow in November 2012.

Lennon revealed yesterday he was looking to add another three players to his squad before the transfer window closes a week on Monday.

Former Scotland international Douglas advocated the move for Forster when he said: “Neil will be asking himself if he needs another goalkeeper and I think the answer will be ‘yes’ to that. 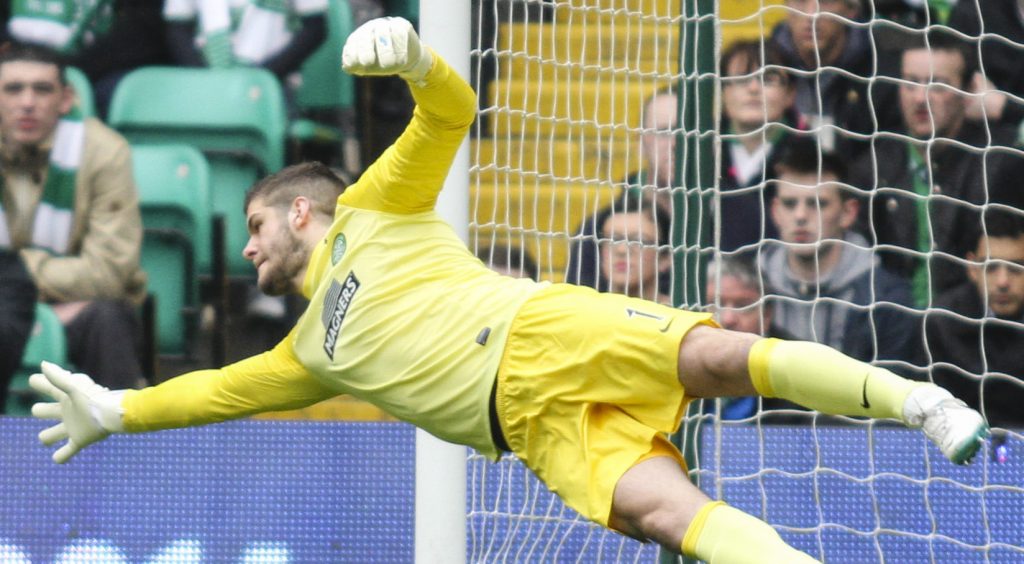 “We all know what Scott Bain can do by now. He has done relatively well since Brendan Rodgers gave him his chance, but he is more suited to the passing it out from the back style Brendan liked than Neil’s way of playing.

“Fraser Forster is the obvious one.

“He was brilliant in his first spell at Celtic Park and went for big money, but I don’t think he’s even Southampton’s number two these days.

“If Fraser is like me, he’d want to get out and play again rather than count his money sitting in a stand or on a bench.

“Keeping the ball out of the net is more important than how you can pass a ball as far as I’m concerned and Fraser is one of the best at that.”

Lennon took Forster on loan from Newcastle for two seasons before paying £2million for the skyscraper custodian in 2012.

He returned to England two years later for eight times that amount, but has been told he has no future at the club and would be available for a bargain fee.

He won three successive titles at Parkhead before his big-money switch.