Celtic Quick News on News Now
You are at:Home»Latest News»I’LL BE BACK, VOWS EX-CELT
By CQN Magazine on 5th April 2020 Latest News

FORMER Celtic defender Mick McCarthy has been replaced by Stephen Kenny as the Republic of Ireland manager.

The 61-year-old ex-Millwall, Sunderland, Wolves and Ipswich gaffer stepped down to be replaced by the one-time Dunfermline head coach with immediate effect.

McCarthy’s contract was about to expire on July 31, after the Euro 2020 Finals were originally scheduled to finish, with Kenny set to leave his role with the Under-21s on August 1.

The Republic are due to face Slovakia away in the Euro 2020 qualifying play-offs, with the winner to face either Northern Ireland or Bosnia and Herzegovina, but the fixture has been postponed for a second time due to the coronavirus pandemic.

McCarthy, speaking on FAI TV, said: “It’s disappointing I can’t finish it off. I think we’ve had a really good campaign and we were almost there in November when we played Denmark.

“So the play-offs have been pushed back and I fully understand it. Stephen has been contracted to take over in August and good luck to him. He’ll get the chance now to qualify.

“It’s been brilliant. I’ve loved being back, I’ve thoroughly enjoyed it. It’s been an absolute honour and a privilege to do the job again and I think I’m leaving Stephen with a healthy balance to be honest.”

McCarthy added: “I support the decision and I’m absolutely staying in football.” 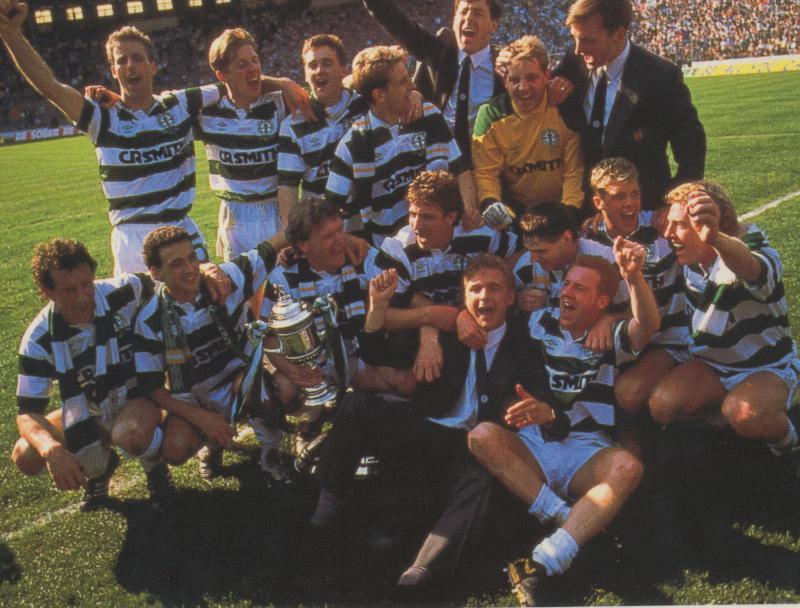 HOOPY DAYS…Mick McCarthy (back row, extreme left) celebrates with his Celtic team-mates after the 2-1 Scottish Cup Final victory over Dundee United to clinch the double in 1988.

The former Hoops centre-half who was part of Billy McNeill’s Centenary Double winners was appointed for a second spell in charge in November 2018 when Martin O’Neill moved aside.

Interim FAI chief executive Gary Owens, added: “This has been a difficult situation for the Association – and for Mick and Stephen, in particular – in the wake of the Covid-19 pandemic and the effect it has had on the football calendar.

“On behalf of the FAI, I wish to express our gratitude to Mick for his service and commitment to our national team throughout his career and particularly in his second spell as Ireland manager.

“We wish Mick and his staff well and we thank them all for their hard work in this European Championship campaign to date.”