NEIL LENNON has the opportunity to emulate Celtic legend Billy McNeill at Parkhead this afternoon.

The interim Hoops boss will face an Ibrox team for the first time in seven years following his return after Brendan Rodgers’ swift exit last month.

Only club icon McNeill has come back to the Glasgow giants to be confronted with an identical challenge.

And Lennon will hope it is an omen with the Lisbon Lion celebrating a 1-0 victory for many happy returns.

McNeill took over from Davie Hay in the summer of 1987 as the club prepared for their centenary celebrations the following year.

After succeeding Jock Stein in 1978, the Lisbon Lion quit for Manchester City in 1983 and then Aston Villa three years later before being sacked by the Midlands outfit in May 1987. 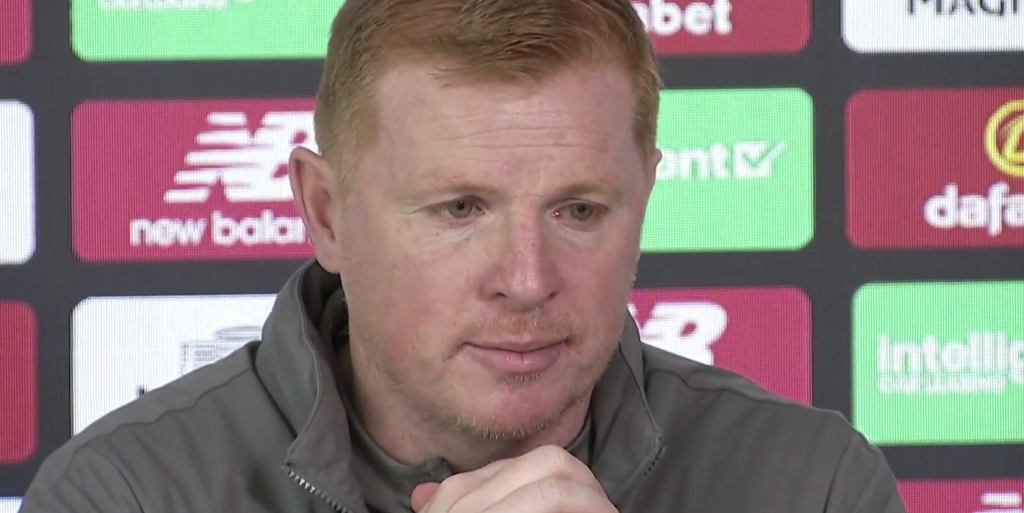 READY TO GO…Neil Lennon at the pre-match press conference.

On August 29 that year, McNeill prepared for a reintroduction to the unique atmosphere of the biggest club match in football as an expensively assembled Rangers outfit arrived for the opening derby encounter of the campaign.

Billy Stark, a close-season signing from Aberdeen, netted the only goal in the fifth minute of an explosive occasion that saw player/manager Graeme Souness red-carded for a wayward challenge on the matchwinner.

McNeill said: “The football we played in the first-half was the best I’ve ever seen in an Old firm match. Obviously, I am delighted.”

The Celtic team that day was: