Celtic Quick News on News Now
You are at:Home»Latest News»LENNY CRITICISM ‘IS A BIT RIDICULOUS’
By CQN Magazine on 24th November 2020 Latest News

THE questioning of Neil Lennon’s ability “is a bit ridiculous”, according to the manager who hopes to inflict Celtic’s first Cup defeat in 36 games.

Ross County stand between the holders and their bid for an astonishing FIFTH success in the Betfred League Cup when they face each other at Parkhead on Sunday.

The Hoops have been rampant in the competition in recent seasons – as highlighted in ‘Celtic: Treble Treble publication’ – and have beaten Aberdeen twice, 3-0 in 2016 and 1-0 two years later, Motherwell 2-0 in 2017 and Steven Gerrard’s Ibrox outfit last year as they have surged to four triumphs on the bounce. 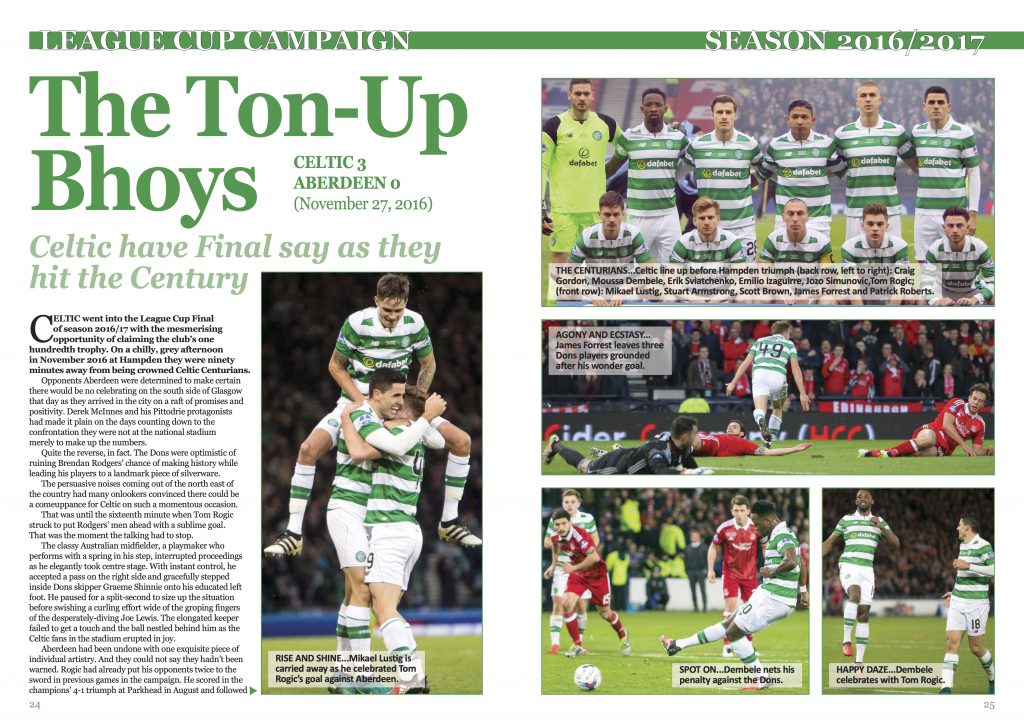 The next hurdle is the Dingwall men in the east end of Glasgow and Lennon takes his team into the encounter on the back of mounting criticism after slumping 11 points adrift in the race for their tenth consecutive title although they have two crucial games in hand.

But County gaffer Stuart Kettlewell, who saw his team thumped 5-0 at home in the league by the champions at the start of September, insists some of the stinging barbs in recent weeks have been over the top.

He told the Daily Record: “I think Neil Lennon has done an amazing job.

“You get asked questions about your upcoming opponents on a weekly basis, but to take over the reins from Brendan Rodgers and do what he has been able to do has been massive.

“You can see Rangers are absolutely flying. I watched them again at the weekend and thought they were excellent.

“A lot of clubs are improving and the standard is probably going up and that makes the challenge even greater.

“To be throwing him into question and questioning what he has done as a manager is a bit ridiculous.”