CELTIC loan stars had mixed fortunes in a day of drama in Scotland and Belgium.

Adam Montgomery was withdrawn as Aberdeen crashed 2-1 to Motherwell at Fir Park to exit the Scottish Cup.

The young Hoops left-back was taken off after the interval to be replaced by Matty Kennedy, but his Hoops team-mate Liam Shaw was introduced to the action for Connor Shields, who scored one of the Well’s goal, 12 minutes from the end.

However, Osaze Urhoghide had the debut from hell as he was hooked at half-time by KV Oostende as they toppled 3-0 to Mechelen where Parkhead flop Maryan Shved fired in the third and final goal. 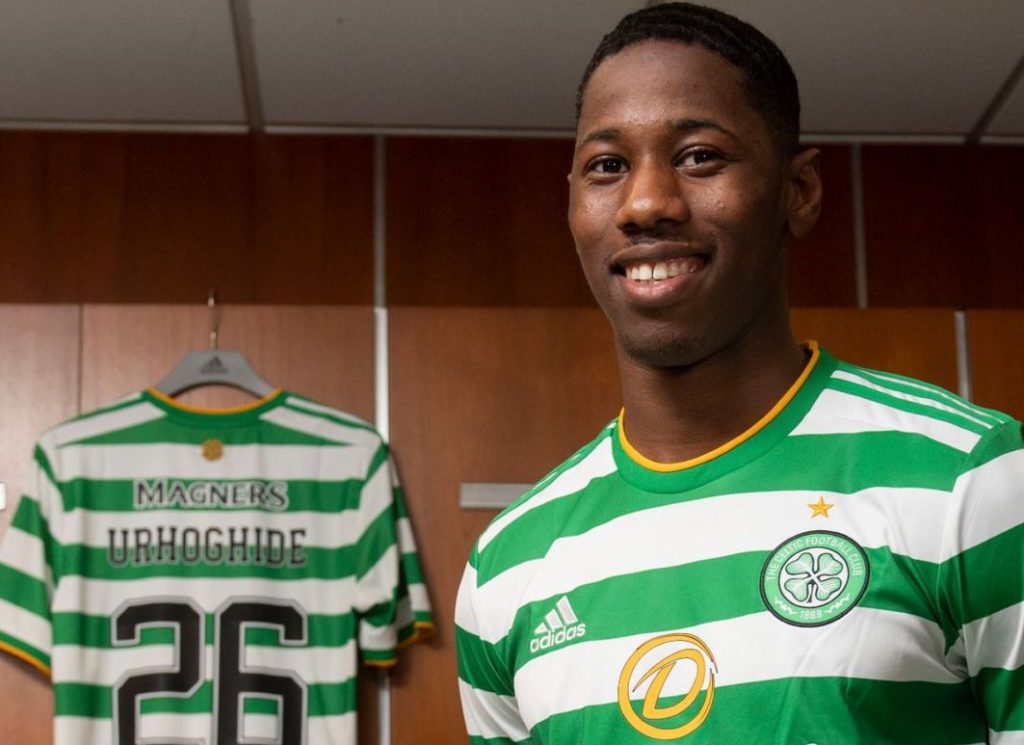 HAPPIER TIMES…Osaze Urhoghide after arriving at Celtic from Sheffield Wednesday in the summer.

The Dutch defender, who arrived at Celtic in the summer to catch up with his former Sheffield Wednesday team-mate Shaw, agreed to a short-term temporary transfer to the Belgian club last month.

New manager Yves Vanderhaeghe opted to replace the young Celt with another striker, Brecht Capon, but it couldn’t prevent the team from a heavy defeat away from home.

Elsewhere, Jonathan Afolabi, who agreed a loan deal with League One Airdrie until the end of the season, was a second-half substitute as the team beat Montrose 4-1 at New Broomfield.

The 22-year-old former Southampton striker has already had spells at Ayr United, Dunfermline and Dundee in his quest for game time.