MOHAMED ELYOUNOUSSI has sent a heartfelt message to Celtic after spending two years on loan at Parkhead.

The 26-year-old Norwegian international forward has returned to resume his career at Southampton who paid Basel £16million when he joined in the summer of 2018.

Elyounoussi took to Instagram to convey his thoughts: “I would like to thank everyone at @celticfc for the two seasons I was there. Thanks to all the coaching & background staff, the players and everyone who is working at this historic club. I have shared dressing room with a fantastic group of players and made friends for life.

“It has been a pleasure and honour to wear the iconic green and white shirt. I’ll take all the good memories with me both domestically and in Europe. 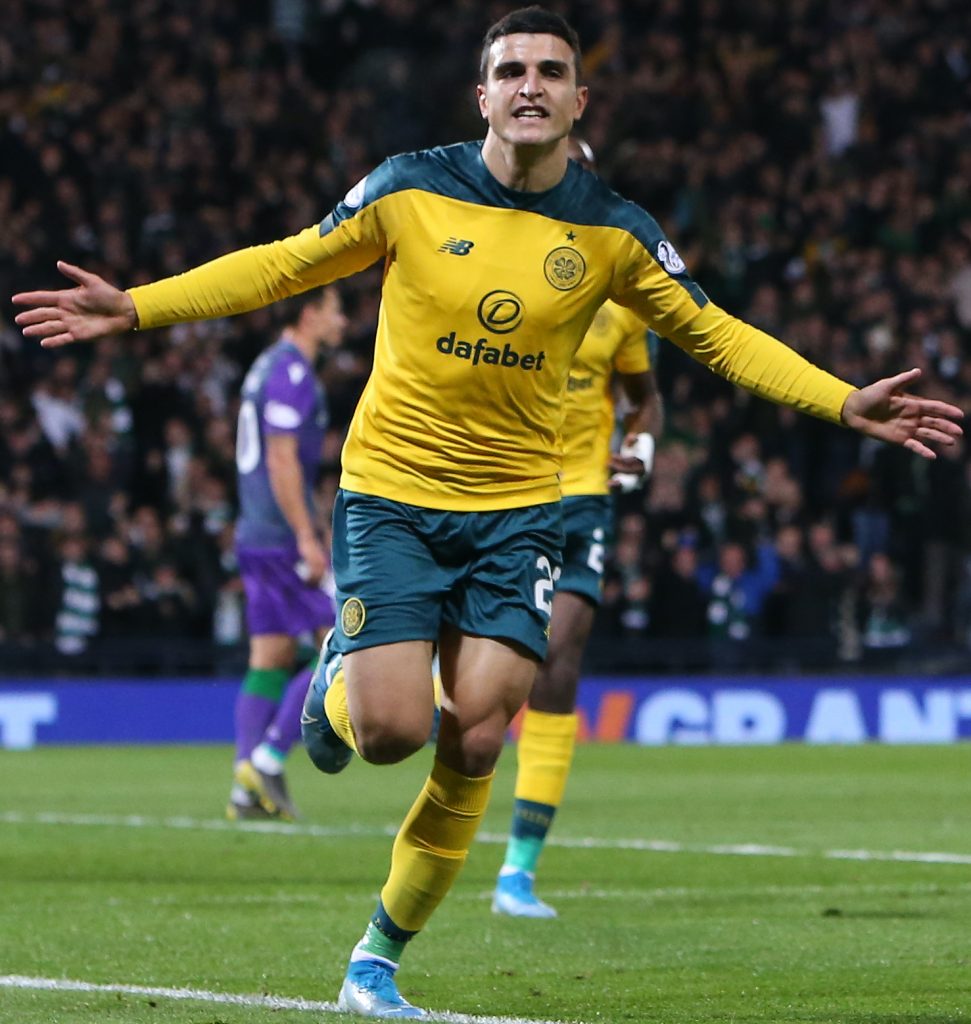 CHEERS…Mohamed Elyounoussi celebrates one his double in the 5-2 Betfred League Cup semi-final win over Hibs in November 2019.

“Lastly I want to thank the amazing fans that has been supporting and cheering me since the day I arrived. You have made every game both at the incredible Celtic Park and away games joyful. We missed you last season and I hope for the boys that you are back next season.”

Neil Lennon brought Elyounoussi to the club in August 2019 to add a goal threat to the left-hand side of the attack following Scott Sinclair’s move to Preston.

He played his part in helping the side to the treble treble in his first season and, despite last term’s major disappointment, he struck 17 goals in all competitions.

Elyounoussi has two years still to run with the St Mary’s outfit and it is unlikely they would sanction a third temporary shift to Glasgow.

It looks as though Celtic would have to shell out big money if the popular player returned to Parkhead.