Celtic Quick News on News Now
You are at:Home»Latest News»‘NEIL IS RUNNING OUT OF TIME’
By CQN Magazine on 26th November 2020 Latest News

NEIL LENNON is “running out of time” to turn things around at Celtic as the criticism mounts.

However, former Hoops star Davie Provan, who won titles at the club during the reigns of Billy McNeill and Davie Hay, believes the under-fire manager possesses the qualities to answer the snipers.

It is crucial, though, Lennon finds the spark as swiftly as possible to get the historic 10-in-a-row championship bid back on track.

Two wins in the last eight games, the loss of 17 goals over the period while dropping 11 points adrift of Steven Gerrard’s Ibrox outfit – although the champions have two matches in hand – is the sort of form lapse that attracts brutal attacks on a team boss.

Provan, now a top media pundit, told Go Radio: “I don’t think people should be particularly surprised, that’s just the nature of the beast up here.

“I read Martin O’Neill making a case for Neil Lennon. A rational man making a rational case. Glasgow doesn’t do rational in times like this.

“When the panic button is pressed, all bets are off.

“And Neil Lennon has been around Glasgow long enough to know this was coming his way at some point.

“He has to hang in and hope that the club can find a spark that has been missing for just about the whole of the season so far.

“This ultimately will come down to Dermot Desmond and I think he will recognise the service Neil Lennon has given the club and will back him as far as he can.” 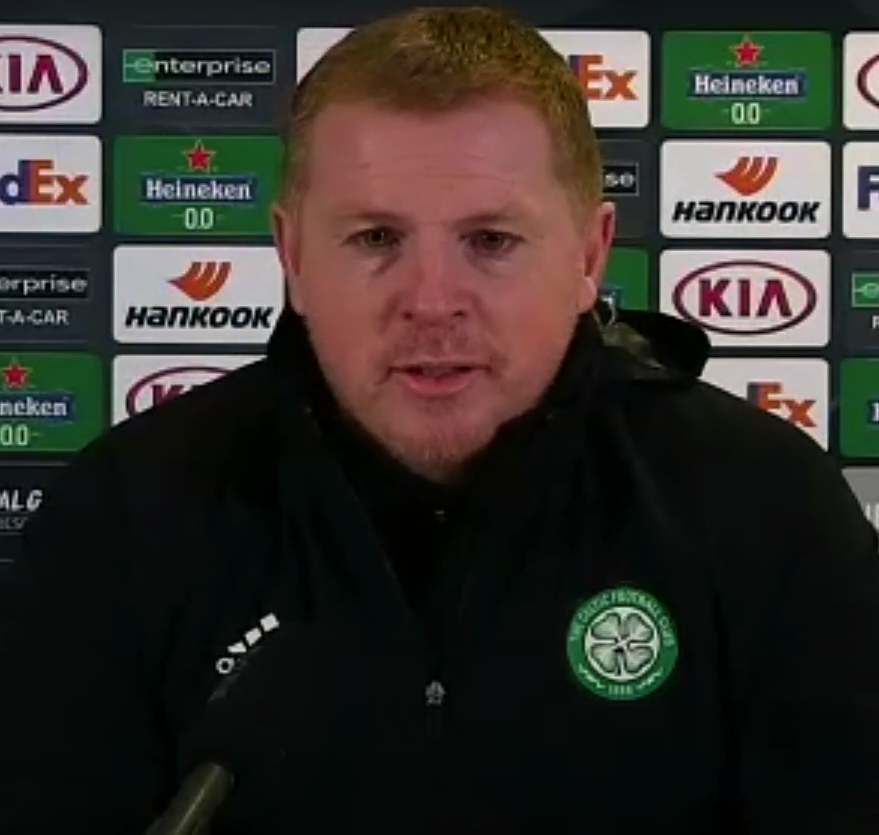 Provan, who was part of the 10 players who won the league on an unforgettable occasion when the legendary McNeill’s side overwhelmed Rangers 4-2 in 1979, added: “What I would say is Neil is running out of time and he needs something to happen and to happen quickly if he’s to see this out.

“Second is last in Glasgow and Lennon knows that.

“He has a decent run of league games coming up. Favourable on paper. There is a chance for Celtic to turn a corner, but they have to find something so far that has eluded them.”

Lennon will lead the Hoops against Sparta Prague in their Europa League Group H encounter in the Czech Republic capital tonight with a 5.55pm kick-off.

The European interest is almost certainly blown after disappointing losses to AC Milan and the Czechs in Glasgow, despite a worthy point in the 2-2 draw with Lille in France.

They commence the defence of the League Cup they have won in the past four seasons when they take on Ross County at Parkhead on Sunday and that is followed by a sequence of three home league encounters against St Johnstone, Kilmarnock and the Dingwall side.

In the midst of the pursuit of Premiership points, Celtic will play Hearts in the delayed Scottish Cup Final at Hampden on December 20 where the club can claim their twelfth successive domestic honour while completing the unprecedented quadruple treble.

The champions’ only away league game before the turn of the year is at Hamilton on Boxing Day and Lennon’s side will bring down the curtain on 2020 with a match against Dundee United in Glasgow four days later.