WE’VE covered reaction from supporters of clubs around Scotland to tonight’s remarkable Statement from “The Rangers.”

However to fully understand the logic in issuing this you need to visit the Rangers sites.

The most popular one presently has 17 pages of comments on the Statement. We could only handle two or three pages – sides splitting etc.

Below you can enjoy the highlights from these pages. And while you may well laugh, the rational behind tonight statement will become clear.

King is simply guaranteeing his season ticket income. After losing out on potential Europa League revenue yesterday and with rumours flying round about friction between the new club and magic hat, King cannot afford to see a drift away in enthusiasm and a lower than expected uptake in season tickets that are over 20% more expensive than last season.

As a sales tactic it looks like it has worked. Still you have to read these comments…. 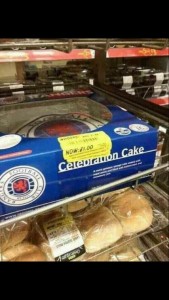 “Very Clear and strong statement from the club, they’ve hit all the targets in that by rightfully naming the lot of them. The haters can f@ck right off trying to apportion any blame to our fans who have showed remarkable restraint under huge provocation and were put in a vulnerable situation due to the thousands of scummy b@stards allowed to run amok and were clearly more interested in provoking our fans than celebrating with some class and decency.

“How many times have we had the police and stewards form a large barrier in front of our fans when we’re minutes away from securing a league title…that’s what has happened at Tannadice, Easter Road and Rugby park to give a few instances, a solid line of hi vis troopers and coppers to prevent any potential pitch invasion from travelling bears numbering maybe five to six thousand max, yet 15,000 hibs fans can swarm the park unhindered and the police have admitted there was a strong feeling there was going to be a pitch invasion if hibs won so why did they not have the numbers at that end to prevent it?

“Yesterday was an outrage plain and simple and the predictable response or lack of from so many in this country is an absolute disgrace but we’re not going to take their shit anymore they can be sure of that!”

“Hibs football club.
Scumbag hibs supporters.
Politicians.
National TV stations.
Bias journalists.
Football authorities.
Other football clubs.
Police Scotland.””Even with the truth staring them in the face, what are witnessing here is sheer hatred towards our football club on a monumental scale. There is no feckin doubt about it.””I would now like to hear the player accounts of what confronted them on that field.”
“Brilliant Rangers. No longer can we be the whipping boys from the Scottish media.”
“Great statement from our board.every bit of footage should be shown on every news channel like the attack on tlb and the manchester final there wasnt a problem then every fkn night for weeks.so why is this video footage not being shown now? and being suppressed.”
“RIP dignified silence.””The Rangers will no longer accept any shit. Well done to the Board and PR team.”
“And the fact they were allowed the trophy presentation in the stadium also beggers belief!”
“It’s an absolutely superb statement. I’d like to see us follow it up by announcing that we will not enter the Scottish Cup until justice is done and watch the sponsors pull out!” 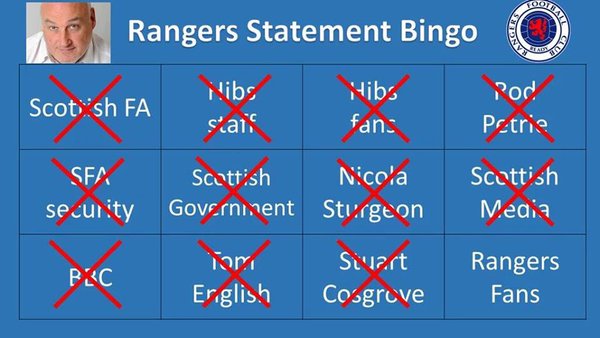 “Absolutely superb.””Once again across social media we will be painted as the bad guys for releasing this but who cares.””Never before has the ‘no one likes us, we don’t care’ motto been more fitting – we’ve tried building bridges and nobody else is interested so to hell with them all.”
“A statement of gargantuan proportions, we should now stand firm ,line in the sand clearly drawn and not give one more inch , not one.”
“Next step should be a Press Conference tomorrow, where Lee Wallace, David Weir etc advise what happened to them. Dave King is over but best to keep him out of it. Keep on the front foot & on Front Pages. Be relentless now…”
“If anyone so much as challenges this in front of me , I will not stand for it. They will get both barrels. I’ve deleted Facebook and Twitter today, partly due to increased blood pressure as I got angrier but also unrelated life is too short and I’m fed up hearing from nationalists , tims and left wing apologists.”
“Very proud of the club with that and calling every one of them out.””I am still fizzing at the attitudes in this country. Even my normally placid and non football fan wife has experienced the bullshit and desire to blame the Rangers support and is aware that this goes beyond football to the heart of our disgraceful and divisive government.”
“Just realised that this culmination of events proves one thing: Rangers are back. And this time there will be no nonsense. The next time we play Hibs will be carnage btw.”
“I mentioned shortly after the statement broke that they would all close rank and a tsunami of mock outrage would be the collective response. All so predictable.”
“We’ve crossed the Rubicon, the die is cast! At last! In 40 years, nothing has come close to this statement from our beloved club. Mr King and Co, thank you!”
“Maybe tomorrow or over the next few days they can take a few seconds to consider the story carried by the hootsmon and a few other Celtic fanzines concerning the reasons for appointing Brendan. It seems that the cellic board and Dangerous Dermot in particular were incensed at our directors reaction to our recent victory over ra cellic. Apparently our board lacked decorum and ignored the traditional ‘rules’ surrounding the feelings of opposing directors.
This is another attempt to belittle our club by deflecting from their own arrogance. It also displays a complete lack of insight into the behaviour of their current chief executive and previous chairman when referring to Rangers. ie when questioned about poor performance Doctor death referred to the holy willies across the river and liewells statement re Jelavic’s possible transfer and cellic have a stand alone business model which is not dependent upon Rangers. Just example of their breathtaking arrogance which is only possible because they ‘own’ all media outlets north of the border and have significant placement in key positions elsewhere. Which means anything they say avoids any objective scrutiny. Hopefully the boards statement is a signal of intent and that we will no longer tolerate the one way street that has flourished in recent years. By that I mean the last 10years.”
“Wow just wow!
That’s the strongest statement I have ever witnessed from our club.
Doesn’t miss anyone, well done.”
“At last the club defends the fans. Tis statement has set a precedent. Long may it continue.”
“The SFA, HIV FC, Police Scotland and the CBC all called out and Cosgrove, English, Petrie and the fish wife all implicated. Brilliant statement.”
“I was on here yesterday making clear that I would feel utterly disenfranchised from the club if our board didn’t get on the front foot with this one. We are becoming a walking target for every thug who cares to assault our women and children, and now our team and coaching staff as well.””Having read the club’s statement, I am content. The key, now, is not to let the pressure slip. Sturgeon and Salmond are the two who should fall under our gaze now and explain why a touchline shouting match between coaches warranted a government enquiry and yet 10,000 Hibs fans attacking our players and fans warrants congratulation tweets.”
That is a multiple orgasm of a statement. I’m Ready. 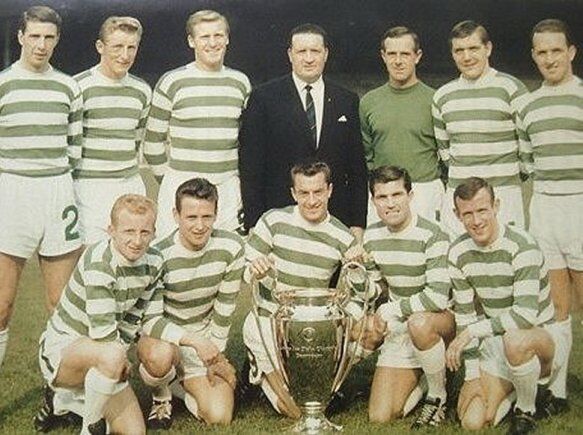