Celtic Quick News on News Now
You are at:Home»Latest News»O’CONNELL HEADS FOR OLDHAM
By CQN Magazine on 1st September 2015 Latest News
CELTIC youngster Eoghan O’Connell has joined League One side Oldham on loan until January 1.
The Republic of Ireland Under-21 centre-half has started only one game for the Hoops this season – the 3-1 win over Dundee United at Tannadice on August 22. 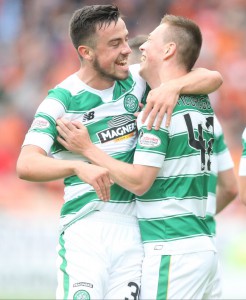 O’Connell has made six appearances in all competitions and is highly rated by Ronny Deila who recognises the 20-year-old Cork-born player needs more game-time.
The English side’s manager Darren Kelly admitted he was delighted to land the top prospect. He said: “This is a very good signing.

“I have seen him play on several occasions and I know what he can bring to the team. He is a versatile player who can play in a number of positions and he will be a big asset to the team.”

O’Connell marred his first game under Deila at the start of last season when he scored the only goal of the game for Inverness Caley Thistle after a misunderstanding with keeper Lukasz Zaluska! He could hardly be blamed for that unfortunate moment and has since progressed well in the improving development squad system.
Ronny Deila is kee 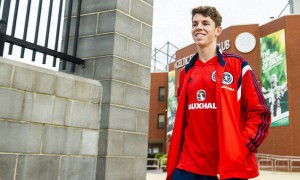 n to get an much first team experience as possible for his best young players and this move follows on from sending Liam Henderson to Hibs and Ryan Christie back to Inverness after he completed his £500,000 move this afternoon.
Christie will play for Inverness this season but in an emergency Celtic have the option to recall him at the start of 2016.
O’Connell, Henderson and Christie will all be better players, Deila believes, from having this valuable first team experience away from Celtic.
—————————————————————–
*We have a limited number of SIGNED copies of Caesar & The Assassin remaining and these are available at a discounted price. You can order direct from CQN by clicking HERE or by clicking on the photograph below…