VIRGIL VAN DIJK has completed his £11.5million five-year deal from Celtic to Southampton.

The Dutch centre-half, who still had just under two years of his Hoops contract to run, finally got the move to the English top flight he had obviously desired for quite awhile.

He told Southampton’s website: “I’m delighted. It was a very easy decision. This is a very ambitious club, who have been doing very well in the last couple of years. It’s a great place to be and it’s the right step for me.

“For me now to get the opportunity to play in the Premier League is unbelievable and I will enjoy it. I know it’s an ambitious club – they have been through a lot throughout the years. They are trying to play football and that’s something that really attracted me.

“I’m so excited. I hope to settle in really quick, get everything around football sorted, start playing and enjoying it because the most important thing in football is to have fun and enjoy every day.” 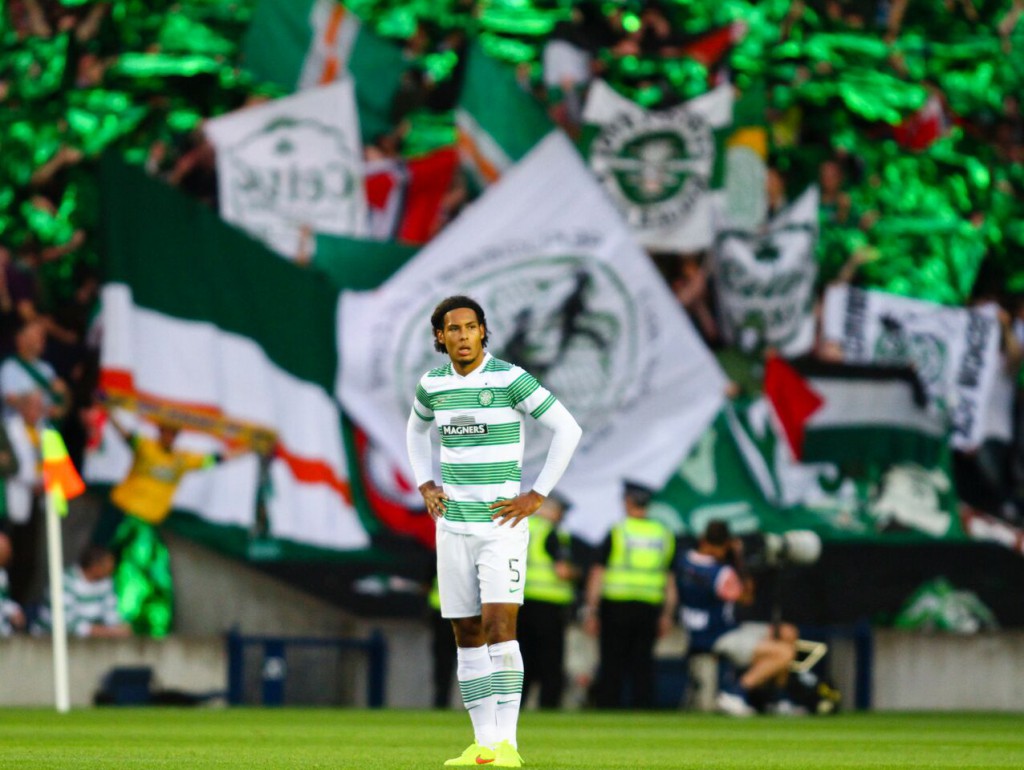 Van Dijk cost the SPFL champions £2.6million two summers ago when he was bought from Groningen, where Saints forward Dusan Tadic was among his team-mates.

The 24-year-old went on to make more than 100 appearances and was part of the side that only last week missed out on the Champions League group stage for the second successive season.

That defeat to Malmo was a key factor in the timing of his departure, according to St Mary’s director of football Les Reed, who said: “We’re delighted to have finally got Virgil into the club after long and lengthy negotiations.

“We’ve had Virgil in our system for a long time and have explored the possibility of signing him in previous transfer windows and this year we had a really strong opportunity to do it.

“The Champions League had an effect on the moment of release, which we were aware of, so it was about keeping our focus and doing our due diligence before eventually getting him over the line.”

Van Dijk’s new club didn’t have much luck in Europe last week, either, as they toppled out of the Europa League qualifying to FC Midtjylland, of Denmark.

Celtic’s sell on clause will in all probability net the club a multi million pound windfall in a couple of years. Van Dijk has all the attributes to be the best central defender operating in the English Premier League. He leaves Celtic with the best wishes of the Celtic support.