Celtic Quick News on News Now
You are at:Home»Latest News»‘PENALTY DECISION WAS HARSH,’ ADMITS RODGERS
By CQN Magazine on 5th February 2017 Latest News
BRENDAN RODGERS admitted Celtic got a rub of the green with the penalty-kick award that inspired their 5-2 comeback victory over St Johnstone in Perth.
The Hoops were trailing 2-1 at McDiarmid Park and in danger of seeing their unbeaten domestic run come to an end in the 29th game.
However, a controversial handball decision gave Rodgers’ side an opportunity to turn things around on the hour mark.
After Keith Watson was judged to have blocked Keiran Tierney’s cross with his arm, Moussa Dembele netted the spot-kick, setting the Parkhead outfit on their way to another three points.
Rodgers was sympathetic towards Saints manager Tommy Wright when asked if the decision was harsh. 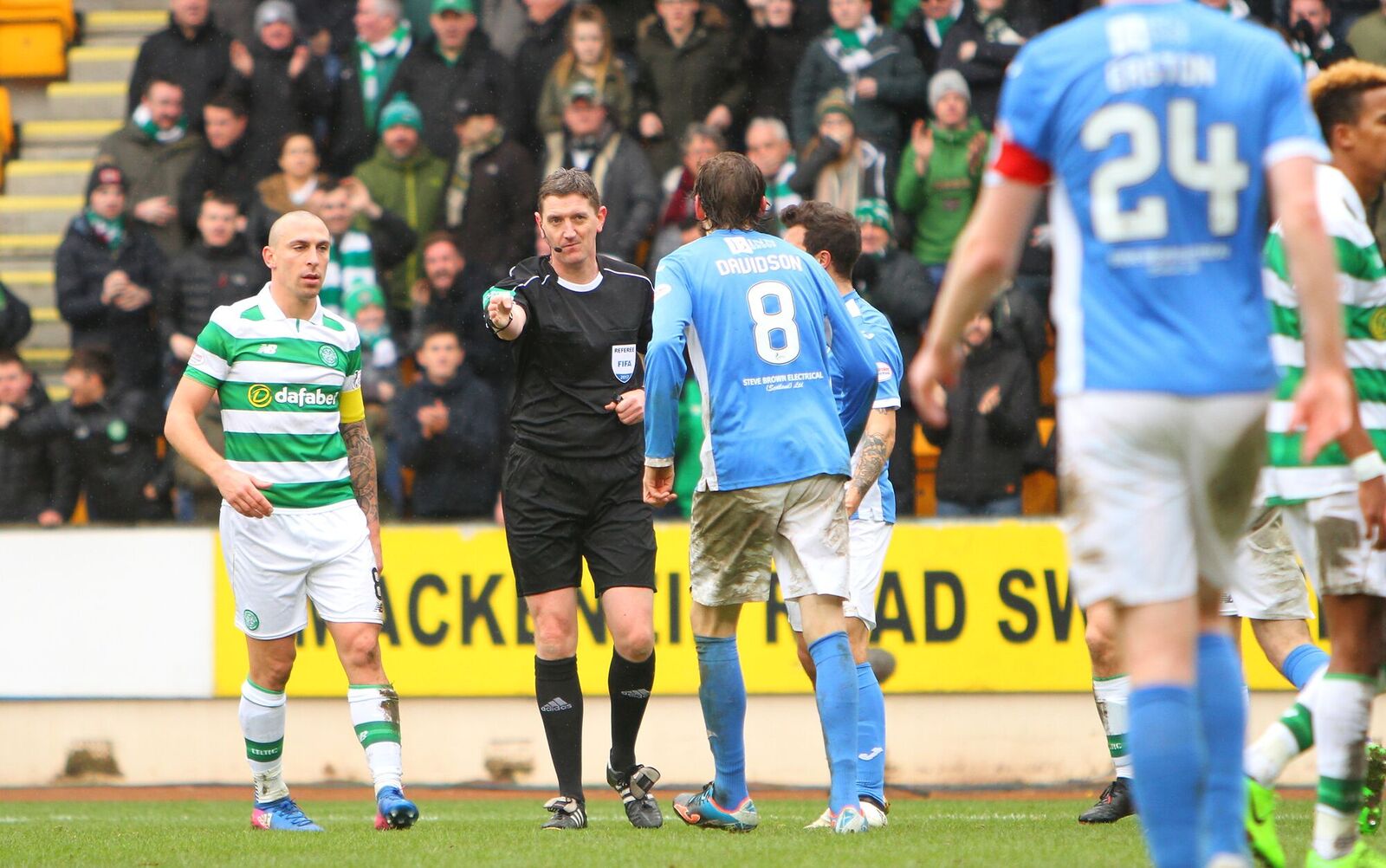 He replied: “I think it is. It’s one where if it’s given against you, you’re disappointed. I don’t know what the boy can do there, obviously I’m happy we got it.”

Wright defended his players, despite suffering a late collapse against the Premiership pacesetters and put blame on referee Craig Thomson.

Dembele’s unstoppable spot-kick was the first of his three second-half goals after coming on as a substitute – having recently recovered from a knee injury. 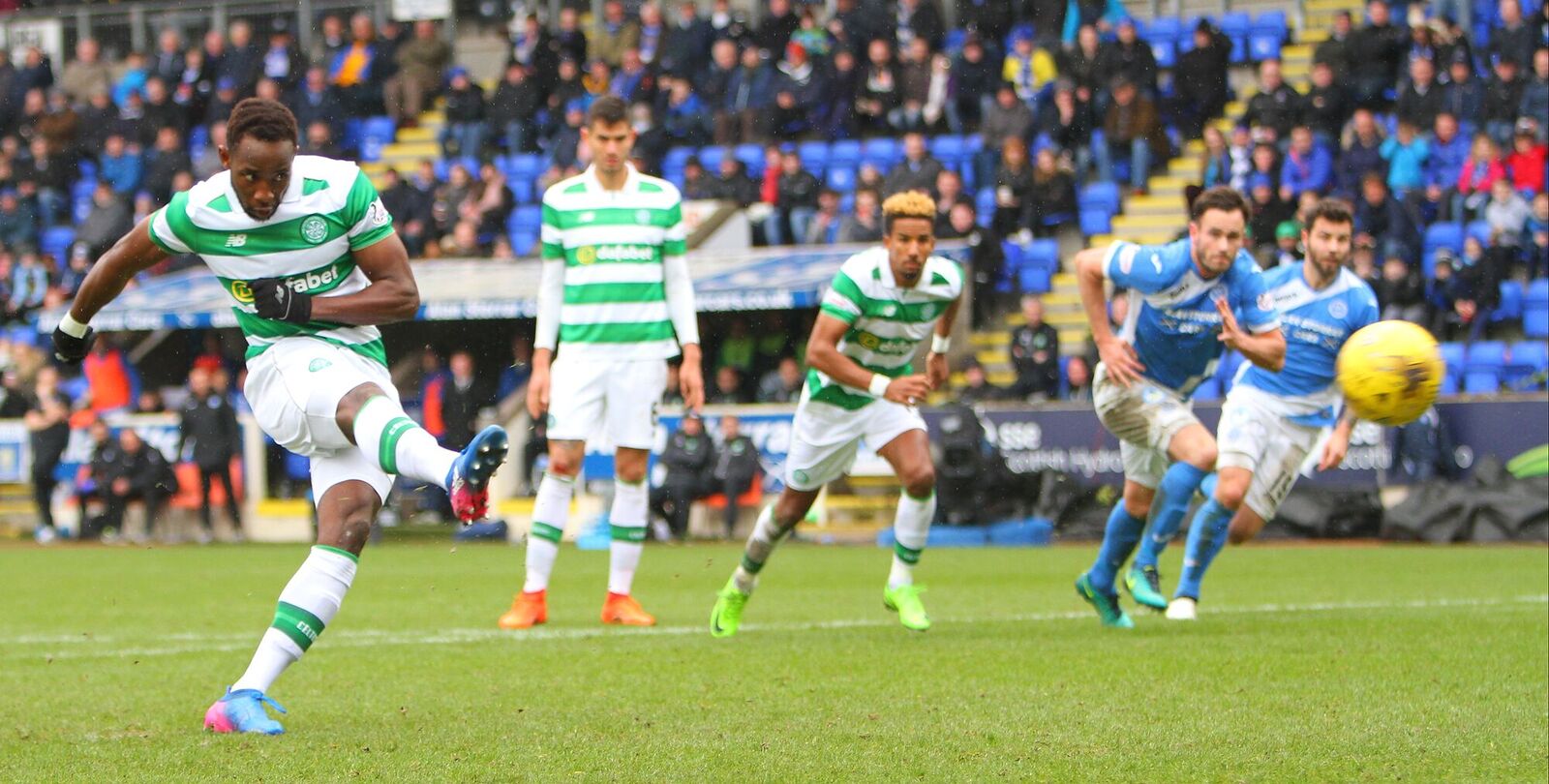 Rodgers added: “He’s been training for the last for or five days, but he was never going to start.

“We’re glad he’s back because you can only play so long without a striker. But you can see the difference he makes when he comes in, being that reference point and then everyone else can move around him.

“He’s recovered well and he just needed that time to get training under his belt.”

Dembele has now scored 23 goals in his debut season in Scotland.

Scott Sinclair netted again and he is the top hitman in the Premiership with 14 goals.

Liam Henderson gave Celtic the lead in the sixth minute before Keith Watson and Dedryck Boyata (og) scored to give the Perth outfit the half-time lead.

Then came the penalty-kick award and there was only going to be one winner after that. 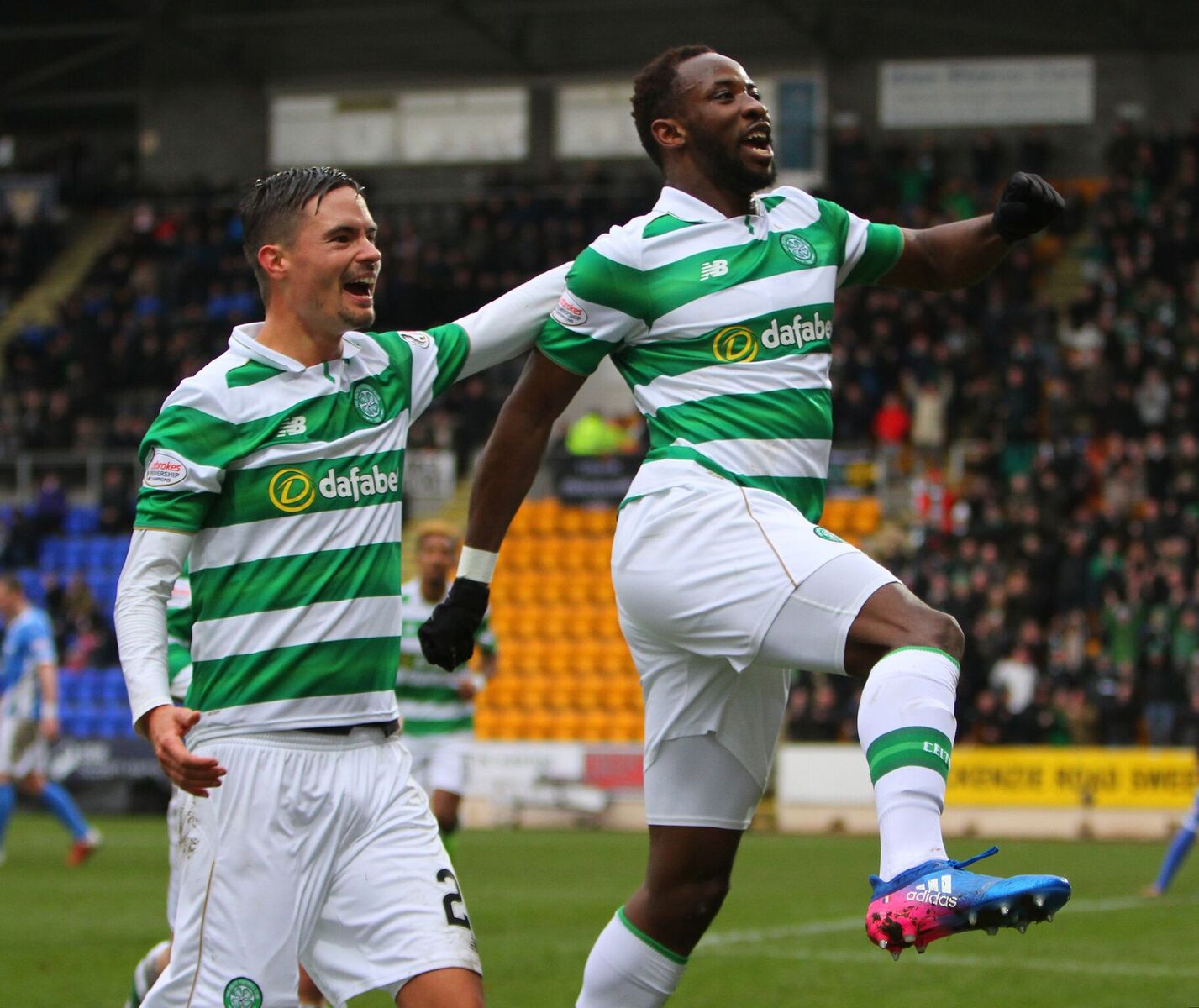