HER Majesty’s Revenue and Customs has won its second appeal over the so-called “big tax case” involving payments to former Rangers employees.

Judges in the Inner House of the Court of Session allowed an appeal by the Advocate General for Scotland, acting on behalf of HMRC, over the use of the now-outlawed Employee Benefit Trusts between 2001 and 2010 by companies run by Sir David Murray, including the now-liquidated Rangers Football Club.

The court ruling agreed with HMRC’s contention that the scheme amounted to “a mere redirection of earnings which did not remove the liability of employees to income tax”. The decision is in relation to Murray Group companies and does not directly affect the current new club at Ibrox.HMRC had previously submitted a demand for £46.2m to Murray’s companies, the majority of which related to Rangers, which was consigned to liquidation in the summer of 2012, four months after entering administration. The judges opened by clarifying that the case related to the FORMER Rangers Football Club, thus putting an end to the new club/ same club arguments that have gone on for the past few years. 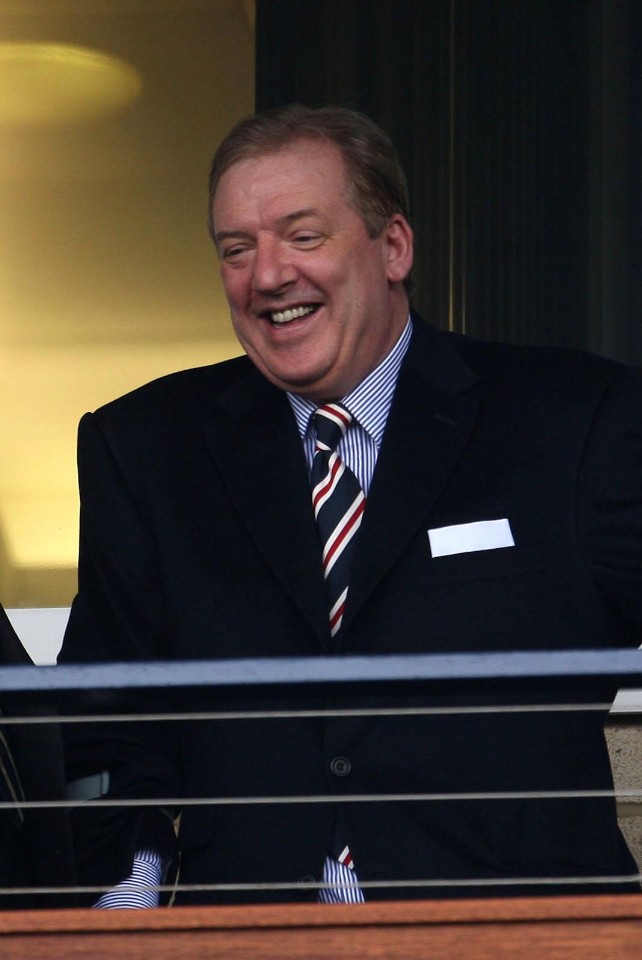 The Murray argument was that the payments were loans made with the discretion of the trustee of the sub-trust, but that was dismissed by the Lord Justice Clerk, Lord Carloway, sitting with Lord Menzies and Lord Drummond Young.The judges decided that any income derived from employees’ services is classed as earnings and subject to income tax.Lord Drummond Young said: “That accords with common sense. If the law were otherwise, an employee could readily avoid tax by redirecting income to members of his family to meet outgoings that he would normally pay: for example to a trust for his wife… or to trustees to pay for his children’s education or the outgoings on the family home.”

The judges ruled that the “true nature” of the payments to Rangers players were bonuses, which were typically negotiated by their agent and formalised in a “side-letter” separate to their official contract.

Lord Drummond Young added: “It seems to us to be self-evident that the obligations in the side-letter were part of the employee’s employment package, and provided him with additional remuneration. They were negotiated as part of the total employment package.“Furthermore, so far as the footballers are concerned, at least, it seems to us that if bonuses had not been paid they might well have taken their services elsewhere.

“We realise that the fifth respondent (RFC 2012) was in, potentially, a difficult financial position, competing for good players in an international market where other countries may not have the same rigorous approach to taxation as the United Kingdom.

“Nevertheless, the law is clear: the payments made in respect of footballers were in our view derived from their employment and thus the payments were emoluments or earnings.”

An HMRC spokesperson said: “HMRC has a responsibility to make sure people pay what they owe and will always challenge tax arrangements where we do not think they work.

“As supported by the decision in this case, HMRC’s view is that Employment Benefit Trust avoidance schemes do not work.

The news of the appeal came on the day Rangers posted a loss of £7.5m for the financial year ending June 30, 2015. This excludes the various loans, including the one for £5M from Mike Ashley, which were necessary to keep the new club’s lights on.

Buried at the back of the new club’s accounts, on page 60, there was this little piece of information, relating the the EBT scheme and its aftermath.
”EBT Fine

”In 2012, the SPL raised proceedings against The Rangers Football Club plc (Oldco) in relation to the use of EBTs and following a hearing in February 2013 a fine of £250,000 and costs of £150,000 were levied against Oldco. As part  the agreement to allow Rangers to participate in Scottish Football, there was a clause inserted where it was agreed that Rangers would become liable and responsible for the imposition of any sanctions by the SPL for any breach of SPL Rules and or articles by Oldco/Rangers FC (i.e. the £250,000 fine). The Club believes that the SPFL has, through documents and actions, waived all and any right it may have had to insist upon payment under the clause, thereby holding the Club harmless in relation to the sanctions. This is disputed by the SPFL.

”Within the current SPFL rules there is a provision (known as the offset rule) whereby if any amounts are due to the SPFL, the Board of the SPFL are entitled to withhold amounts due to the Club up to the value of the amount outstanding. The Board of the SPFL have determined that it shall use the offset rule to recover the £250,000 fine  from the Club.

”As a result of this decision, the Club has invoked Article 99 of the SFA Articles seeking a determination by an Arbitral Tribunal appointed by the SFA that the sum is not due to the SPFL. The matter will proceed to full hearing on 29th and 30th October.

‘Whilst the Board of Directors based on legal advice are confident that the case will be settled in its favour, should the
Club lose the case, then the Club will be liable for the £250,000 fine plus interest and associated costs’.

So they never paid the LNS fine or the expenses and this £400,000 together with Charles Green’s legal fees and Ashley getting active regarding getting his £5M back…it’s all beginning to look like jelly and ice cream could be on the menu pretty soon.

CQN Books is just about to publish The Winds of Change which covers 14 seasons and some major disappointments such as the lost league titles on the last day of the season in 2003 and 2005. These titles were ‘won’ by Rangers – the club that cheated.

You may remember Celtic winning the league in 2008 and because they weren’t granted a second league extension, Rangers fans claimed that our title win was somehow TAINTED.

They said the same in recent seasons, TAINTED because they weren’t in the league.

Well how are their EBT fueled title wins looking this afternoon? TAINTED is the nicest thing you can say about them. They were won by cheating.

Don’t let it stop you enjoying THE WINDS OF CHANGE…