ANGE POSTECOGLOU has revealed the influential role Peter Lawwell played in bringing him to Celtic.

Making sure there was a new manager in place was one of the former chief executive’s final accomplishments before he left Parkhead at the end of June after 18 years and twenty-nine honours, including the phenomenal quadruple treble.

Lawwell made the dramatic move while number one target Eddie Howe continued to dither in giving the Hoops an answer as they searched for a long-term successor to Neil Lennon who had departed the club on February 23.

There had been scant progress in three months of negotiations with the former Bournemouth team boss who had been out of work for over a year after exiting the second-tier club. That is when the CEO decided it was time for action, as CQN have already informed our readers in past articles and has now been endorsed by the manager. 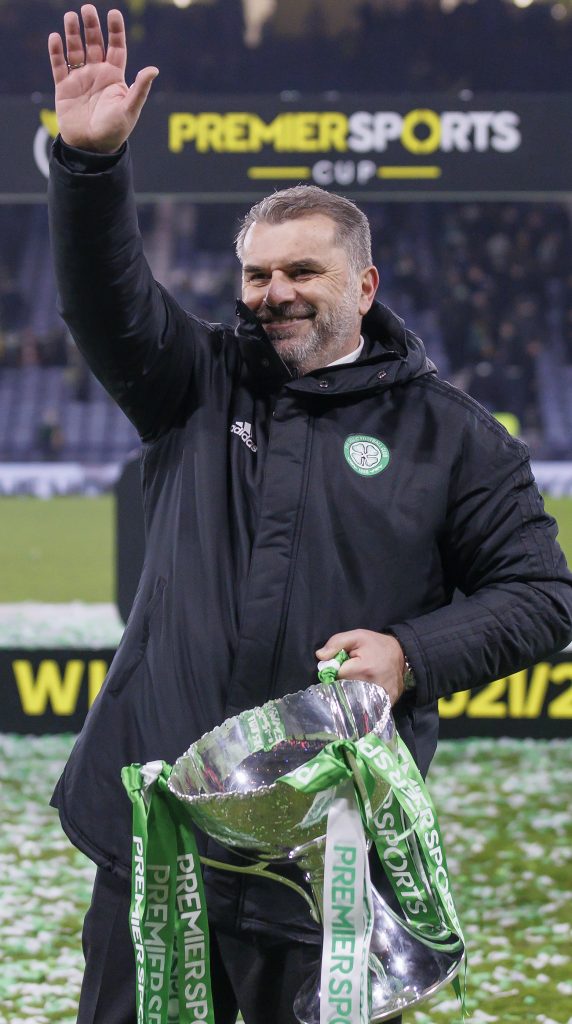 SILVER SERVICE…Ange Postecoglou waves to the joyous Celtic fans as he grips the newly-won League Cup at Hampden on December 19.

Lawwell’s ties to the City Group, affiliated to Manchester City, had seen players such as Georgios Samaras, Patrick Roberts, John Guidetti and Jason Denayer arrive at the club on loan transfers during his reign.

Postecoglou, speaking to former Australia international keeper on Optus Sport, explained: “It’s a long story, but like all these things there are little threads that sort of join along the way that you don’t realise.

“When I was working in Japan (with Yokohama F Marinos) I was part of the City Group, working with Manchester City. And within that group there was an association with the ex-CEO of the club here, Peter Lawwell.“I think they’d been tracking me for a while and because of my success in Japan.

They were probably one of the ones who were paying attention to what I was doing because I was part of the group. I think the seed was planted, they’d been following me for a while and things didn’t work out with Eddie Howe coming to Celtic and I got contacted. 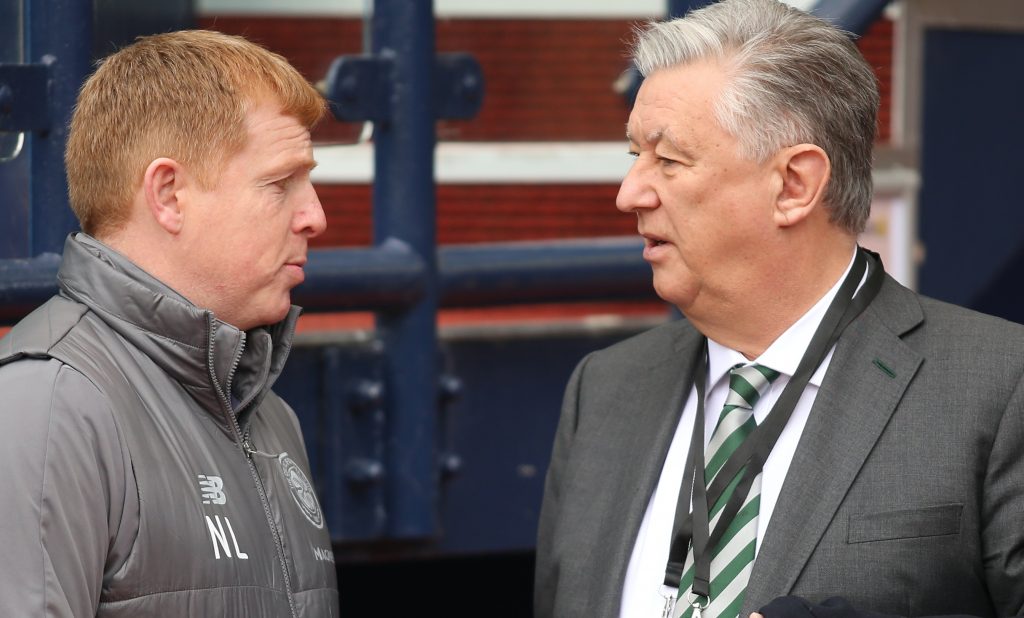 SUMMIT MEETING…Peter Lawwell chats to manager Neil Lennon before the 3-0 Scottish Cup semi-final victory over Aberdeen at Hampden on April 14 2019. 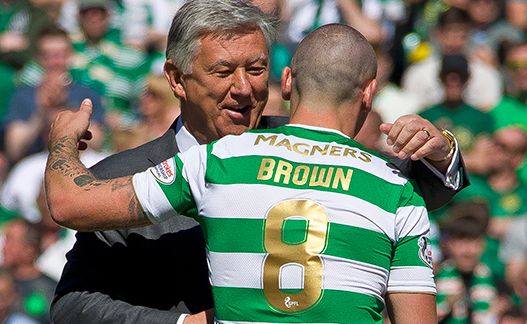 THAT’S MY BHOY…Peter Lawwell congratulates skipper Scott Brown as Celtic celebrate one of their nine successive titles during his reign.

“Frank Trimboli is my agent, he’s been looking out for a while, working his backside off to get me an opportunity for the last few years.

“He kept pushing it with Peter Lawwell and they finally got me an opportunity to speak with the people who make the decisions and the rest is history.”

The outgoing Celtic supremo was impressed by the philosophy and plans following his chats with the former Australia World Cup manager and recommended him for the job at Parkhead, believing he was the type of progressive and ambitious individual to take on the challenge of a team that had just completed a wretched campaign without a trophy for the first time in 11 years.

Postecoglou officially agreed to join the Parkhead club on June 10, twenty days before Lawwell left although Dominic Mckay had also been in place after being released from his executive post at Scottish Rugby.

Continuing a summer of change, with a dozen new players coming in and with the likes of skipper Scott Brown, Odsonne Edouard, Kristoffer Ajer and Ryan Christie leaving, McKay also made a surprise early exit in September to eventually be replaced by Michael Nicholson. 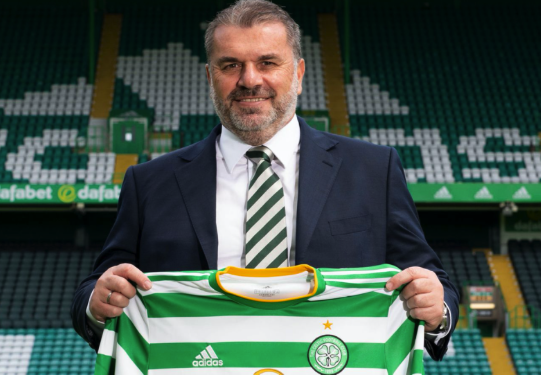 PARADISE FOUND…Ange Postecoglou proudly holds a Celtic jersey at Parkhead on June 25 – the morning after he arrived in Scotland to embark upon his career as team manager.

Postecoglou’s first piece of the silverware arrived six days before Christmas when new fans’ favourite Kyogo Furuhashi fired in a second-half double to overcome Hibs 2-1 in the Premier Sports League Cup Final, the team are three points ahead at the Premiership pinnacle with seven games to play and will return to Hampden on April 17 for the Scottish Cup semi-final against Giovanni van Bronckhorst’s Ibrox outfit.

The club are within touching distance of an extraordinary domestic clean sweep following the wreckage of last term’s inexplicable fall from grace.

A charismatic 56-year-old Greek-Australian is making sure of that.