Celtic Quick News on News Now
You are at:Home»Latest News»RODGERS’ NINE IN A WOE – FOR RIVALS
By CQN Magazine on 25th December 2018 Latest News

BRENDAN RODGERS achieved his nine-in-a-row Premiership triumphs at Parkhead on Saturday when the champions walloped Dundee 3-0 in convincing fashion.

It was the team’s ninth win on the spin, but they still have some way to go to emulating the Irishman’s record of 16 successive triumphs which was set last year. 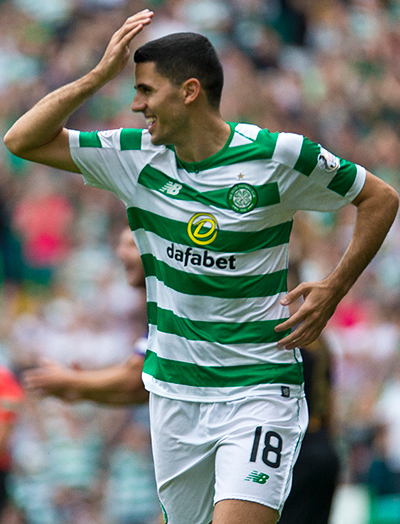 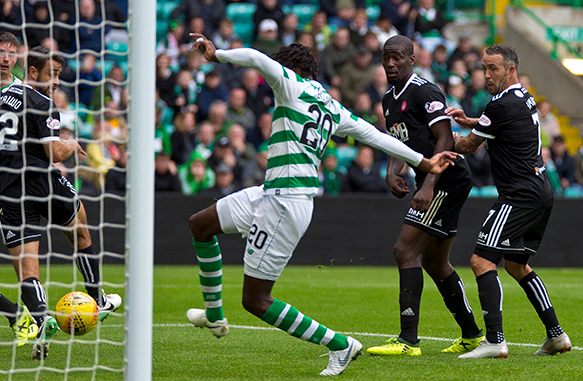 TWO…Dedryck Boyata forces in the only goal aginst Hamilton Accies.

Rodgers saw his champions to get off to a winning start with a 3-1 victory over newly-promoted Livingston on Flag Day on August 4 where Tom Rogic claimed the first goal of the league campaign with a rare header.

That was followed later that month with a 1-0 success over Hamilton Accies where comeback Bhoy Dedryck Boyata claimed the winner.

A goal from Olivier Ntcham gave the Hoops a 1-0 triumph over Rangers on September 2 and later that month a cute back-heel from Scott Sinclair brought the points against Aberdeen. 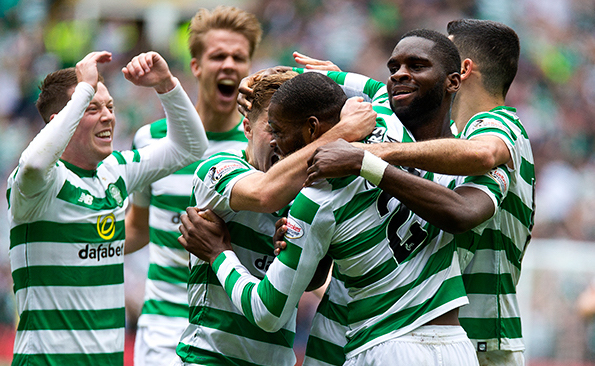 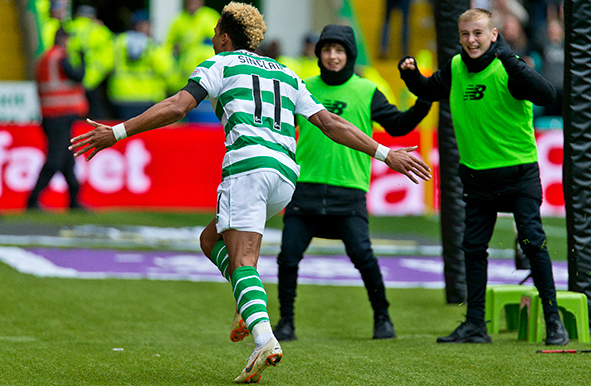 FOUR…Scott Sinclair runs away in joy after his clever winner against Aberdeen. 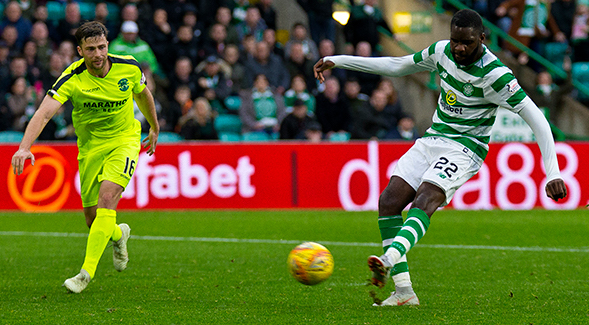 FIVE…Odsonne Edouard thumps in his second goal in the 4-2 win over Hibs.

The start of November saw Hearts routed 5-0 with Filip Benkovic getting his first goal for the club since arriving on loan from Leicester City.

Kilmarnock were also hit for five when they visited on December 8 where Rodgers’ rampant side were four goals ahead at the interval with efforts from James Forrest, Mikael Lustig, Edouard and Ryan Christie. 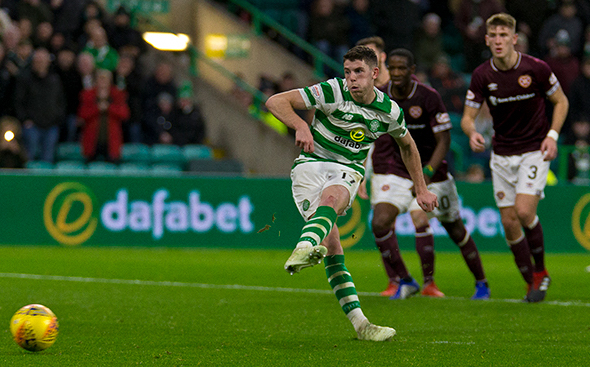 SIX…Ryan Christie is spot on with the fifth goal against Hearts. 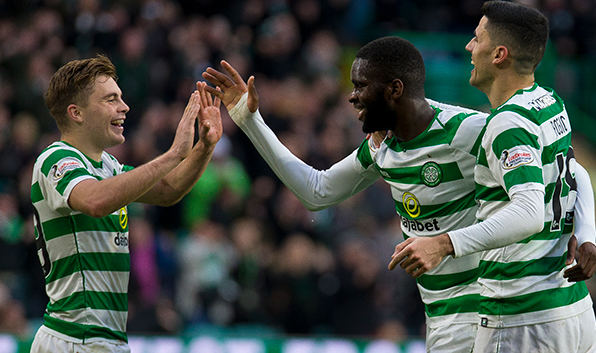 SEVEN…James Forrest, Odsonne Edouard and Tom Rogic are on their way to another three points against Kilmarnock.

Motherwell were the next victims as they toppled 3-0 with Mikey Johnston, a substitute for the injured Edouard, hitting his first senior goal on the stroke of half-time to put the home side on easy street.

And Dundee completed the nine-on-the-trot glory trail on Saturday where Johnston collected two more and Benkovic thumped in the third.

That brought the curtain down on the action in Paradise for 2018 and Rodgers admitted: “It’s been another memorable year. How the players have developed is always a key measure for me.

“I ask: ‘Have the players improved?’ And that makes me and the staff happy. To have won another title and another treble was special.

“There have been disappointments, as well, in terms of not qualifying for the Champions League.

“But over the course, it’s been another really special year for us. 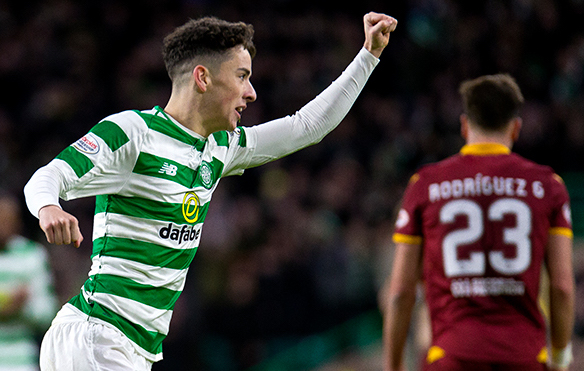 EIGHT…Mikey Johnston holds his arm aloft after his goal against Motherwell – his first in senior football. 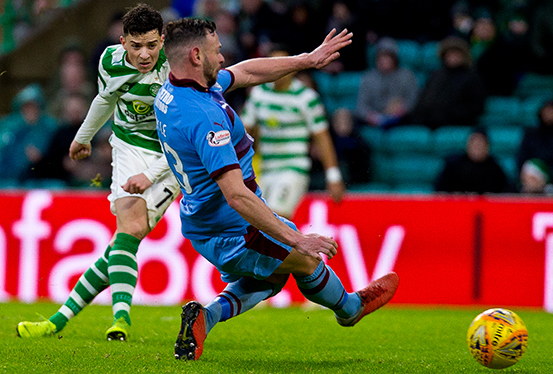 NINE…Mikey Johnston opens the scoring in the 3-0 victory over Dundee.

“We’ve got two big games now to finish off another memorable year.

“We reflect on 2018 as being a special year for us, but our work is not complete.”

Celtic head for Pittodrie tomorrow to face Aberdeen and then they will make the trip across Glasgow to take on Steven Gerrard’s team three days later.

The squad will then head for their winter training camp in Dubai before returning to play Airdrie in the first defence of their Scottish Cup in the east end of Glasgow on January 19.