Celtic Quick News on News Now
You are at:Home»Latest News»THE £1m BARGAIN BUY WHO SOLVED THE No.1 PROBLEM
By CQN Magazine on 28th November 2021 Latest News

JOE HART is shaping up as the best £1million Celtic have spent in recent seasons.

The 34-year-old 75 times-capped England international keeper agreed a three-year deal when he arrived from Spurs in the summer.

Too many critics had written off the former Manchester City netminder when he had been allowed to leave Burnley at the end of his contract after only 24 appearances in his two-year spell.

Jose Mourinho snapped him up on a two-year term for the London club as experienced back-up to French international No.1 Hugo Lloris. 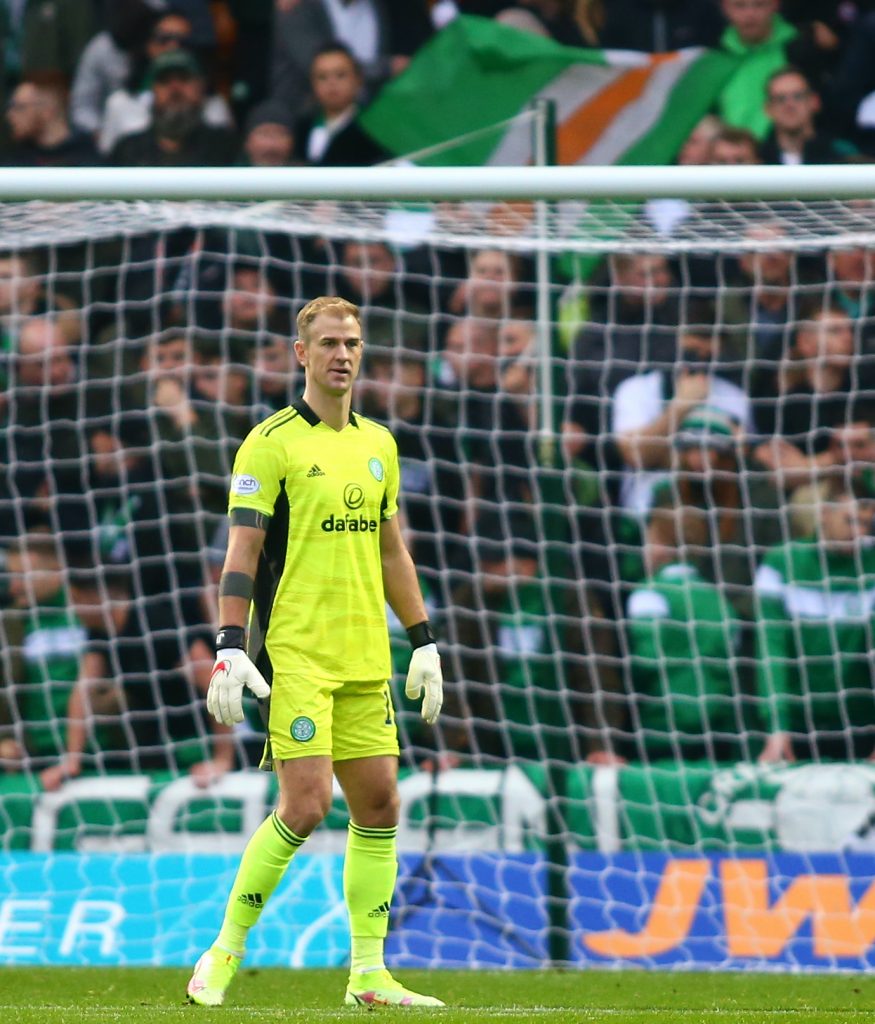 FANS’ FAVOURITE…Joe Hart in charge and in control.

However, the colourful ex-Chelsea and Manchester United gaffer departed to be replaced by ex-Wolves boss Nuno Espirto Santo who told Hart bluntly he had no future at Spurs. Ironically, the Portuguese coach was sacked after only four months in charge.

Hoops fans should thank Santo for edging the shotstopper towards the exit and allowing the Parkhead club to land him on August 3. Hart made his debut 48 hours later in the 4-2 Europa League qualifying win over FK Jablonec and he will make his 25th successive appearance against Aberdeen in Glasgow this afternoon.

The popular last line of defence has impressed Ange Postecoglou so much he made him vice-captain to Callum McGregor and the custodian led out the team for four games in September while the Scotland international midfielder was sidelined through injury.

Hart is now a key figure in the Hoops dressing room and has solved the No.1 problem spot for the team following the departure of Fraser Forster to parent club Southampton at the completion of season 2019-20 when his loan term expired. 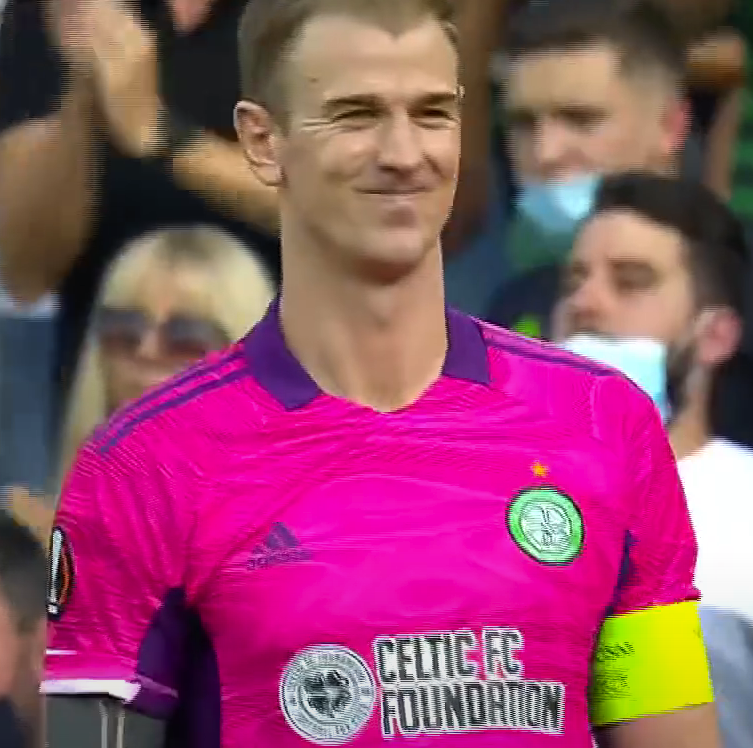 SMILES BETTER…Joe Hart in his first role as Celtic captain against Real Betis in Seville in September.

Neil Lennon spent £4.5million to bring in Vasilis Barkas from AEK Athens last summer to make him the most expensive keeper in the club’s history. Unfortunately, the Greek international has failed to convince and is now fourth in the pecking order behind Hart, Scott Bain and Conor Hazard.

Acknowledging the presence of the dependable No.1, skipper McGregor, speaking to the Sunday Mail, said: “Joe is massive for us and made two huge saves in Germany against Leverkusen.

“Celtic have a history of having brilliant keepers, it’s something which is pretty synonymous with the club.

“If we mention Fraser Forster, I’d say Joe is of a similar stature.

“He’s a really experienced player, so we didn’t really worry about him in terms of him settling into the team.

“He’s at a good age, he’s a good personality, as well, so it’s great to see him doing so well here.

“I’m sure he’ll always be pushing to get better. That’s the same for all the players, we’re always trying to improve and I’m sure Joe will be exactly the same.”