ANGE POSTECOGLOU is insisting Celtic must put on the sort of show against Aberdeen tomorrow that would have made club legend Bertie Auld smile.

The Hoops boss and his first-team squad attended the funeral of the Lisbon Lion at St Mary’s Church in Calton, Glasgow, yesterday to say their final farewell – only eight or so hours after returning from the Europa League loss to Bayer Leverkusen in Germany.

It is back to Premiership action at Parkhead in the quest for the club’s tenth title in 11 years and Postecoglou is determined his players produce the sort of performance that would have won the approval of the midfield master who passed away on November 14 at the age of 83 after being diagnosed with dementia. 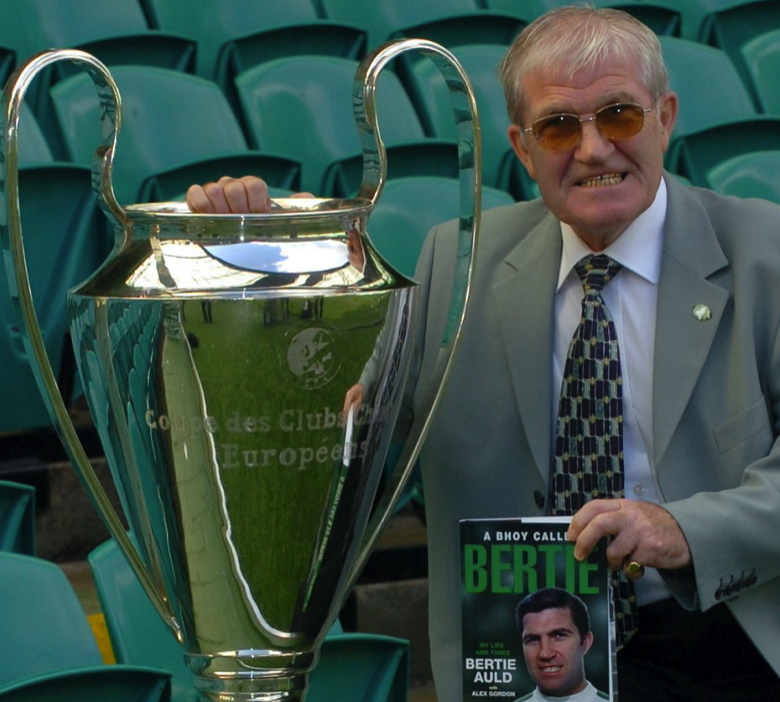 THE UNFORGETTABLE BERTIE AULD…the Celtic legend with the European Cup and a copy of his best-selling autobiography, ‘A Bhoy Called Bertie’.

There will be a tribute to the memory of the Celtic icon from captain Callum McGregor and former onfield leader Scott Brown, who switched to the Pittodrie club in the summer, before kick-off.

Postecoglou said: “It’s been a pretty emotional few days and we shouldn’t miss any opportunity to honour Bertie Auld and represent him in the best possible manner.

“The way we’ll do it as a team is to go out there and, hopefully, put on a performance that he would’ve smiled at.”

Former Hoops managers Neil Lennon, Brendan Rodgers and Davie Hay also attended the service in the east end of Glasgow along with former European Cup-winning team-mates Jim Craig and John Clark and a host of ex-players who joined the Auld family of wife Liz, son Robert, daughter Susan and family and friends to say a last goodbye.

Former right-back Craig made a poignant speech and fought back tears when he concluded: “Bertie Auld was a great Celt and, equally importantly, a very nice man. May he rest in peace.” 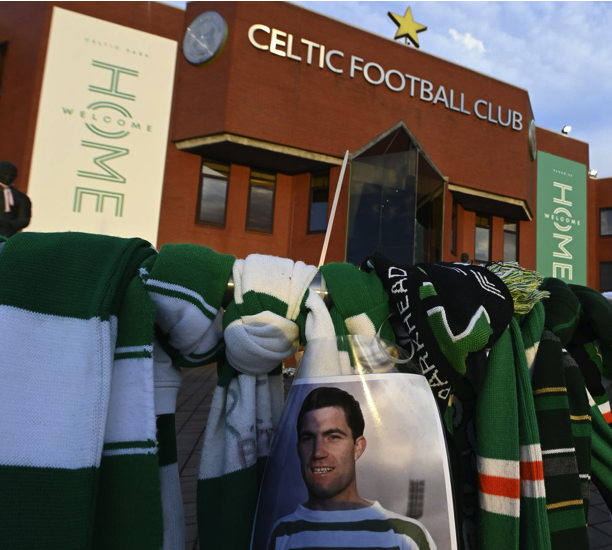 Alex Gordon, who co-authored the Hoops hero’s autobiography, ‘A Bhoy Called Bertie’, attended with his wife Gerda as a guest of the Auld family and was with another club legend John Hughes and Mary Gemmell, widow of Bertie’s great friend and colleague Tommy, at the church and his final resting place.

Alex said: “I have so many fond memories of Bertie, but there was one story he always returned to when we were having one of our many chats over the years.

“It concerned his first day as a sixteen year old at Celtic Park when, accompanied by his father Joe, he met the great Jimmy McGrory and signed for Celtic. Remarkably, he had been offered a better signing-on fee elsewhere with Clyde willing to shell out £60 and Partick Thistle prepared to pay him £50.

“Celtic offered £20. Bertie was a little disappointed, but he recalled: ‘I heard the voice beside me saying: We accept. You’ve got a deal!

“‘I didn’t utter a word. Clyde and Thistle had offered more and here was my dad accepting on my behalf. 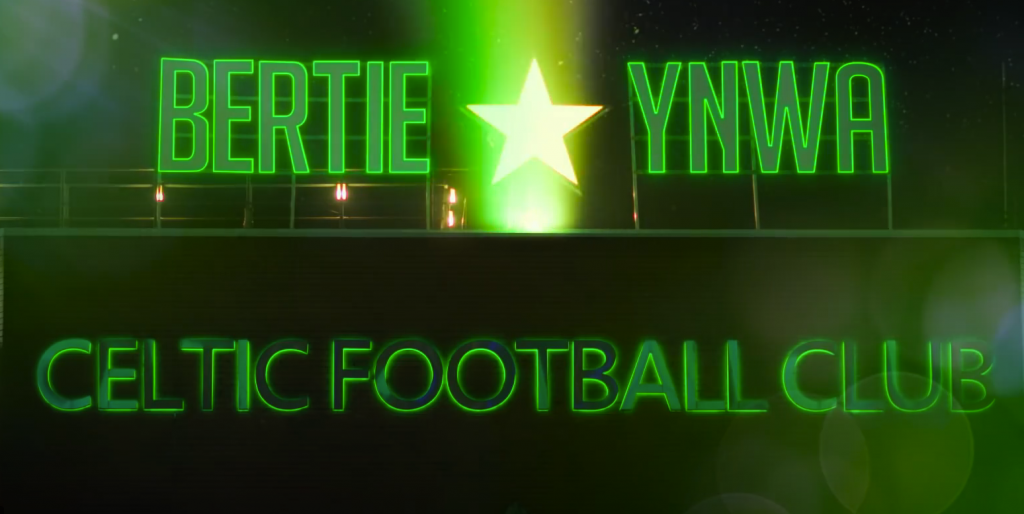 “Celtic’s offer was a third of what Clyde were prepared to pay and here we were accepting it without the merest hint of negotiations. I was also going to be ten shillings (50p) poorer in my weekly pay poke. Incredible.

“‘Looking back on everything I have enjoyed at the club over so many years and the treasured memories that will never leave me I can only say: Thanks, dad, you got it right as usual’.”

Thousands of supporters gathered outside Parkhead yesterday after the ceremony at St Mary’s and sang the Celtic Song as Auld’s coffin was driven past. After his family thanked well-wishers and viewed tributes, a stirring chorus of You’ll Never Walk Alone rang out.

Bertie Auld will never be forgotten.